What Licenses Do NASCAR Drivers Have? 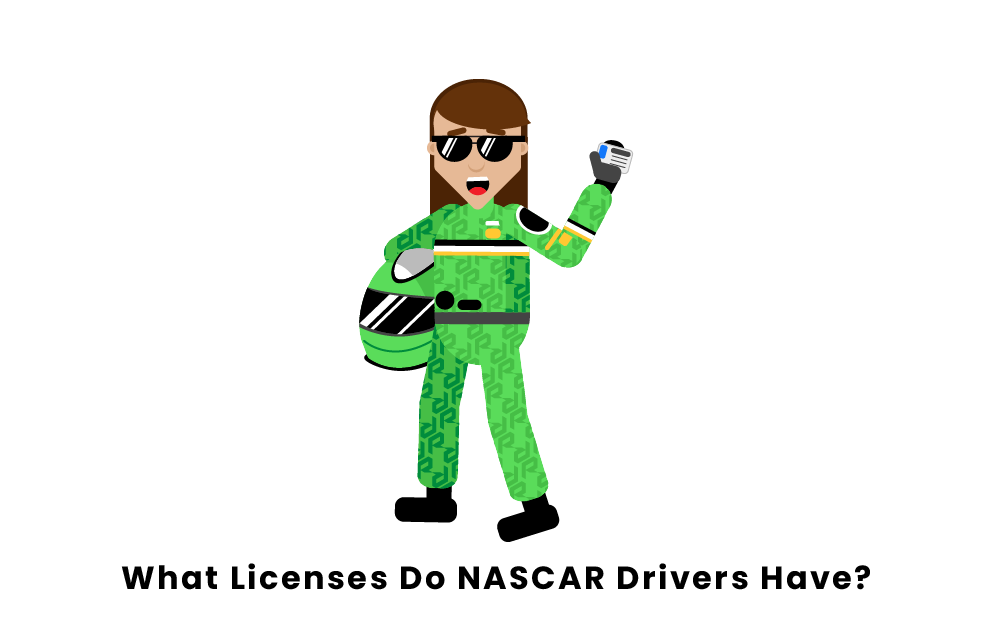 Do NASCAR Drivers Need a License?

Just like all drivers, NASCAR drivers need to have licenses; however, they also need special licenses that allow them to drive in NASCAR races, called NASCAR licenses. To obtain a NASCAR license, you need to either apply by mail or email through the NASCAR headquarters or apply at a local licensed NASCAR track.

Obtaining a NASCAR license isn’t as simple as going down to your local DMV and taking a driving test. Instead, to become a NASCAR driver and get your license, you need to show that you have a strong background and experience in race car driving and technical car knowledge. Most people that want to become NASCAR drivers tend to start out young, with kids doing go-kart racing when they are young and then competing in local races as they get older. Additionally, as you get older, potential drivers should also attend a NASCAR driving school to get a better understanding of racing and what is needed to be a driver. Furthermore, going to some kind of mechanical training school for cars is also a good way to prepare yourself, especially if you want to get a license to be a crew member.

A NASCAR license, along with needing to prove enough experience in racing, has a cost of $110, and the cost for late models is $205. This is the starting price for a crew member license. NASCAR driver licenses are much more expensive, costing as much as $2,000 per year. Typically, these higher costs are covered by the teams.

As part of a NASCAR license, drivers are provided $1 million of insurance coverage at NASCAR-sanctioned events, and the license applies to all NASCAR race tracks. Any other non-NASCAR event does not include that insurance coverage.

While the cost of a NASCAR license is not very expensive, the main expenses in racing are getting a race car (roughly $150,000 dollars), paying for maintenance and pit crew salaries, travel costs, and vehicle care.

Applying For and Renewing NASCAR Licenses

Even if you are a professional racer for other racing organizations, like Formula 1, you still need to apply for a NASCAR license to race in NASCAR. Those racers still need to complete an application and submit a résumé. This includes personal information, your prior racing experience, and references.

Do NASCAR drivers have special licenses?

How long does it take to get a NASCAR license?

Can a regular person drive a NASCAR car?

A regular person can drive a NASCAR, but only at special events hosted by NASCAR. These events are called the NASCAR Racing Experience and offer ride-alongs with a licensed NASCAR driver as well as solo track sessions between five and 48 minutes long. During the solo track sessions, participants take racing speed laps without an instructor present and passing is allowed.

Pages Related to What Licenses Do NASCAR Drivers Have?