What Kind of Fuel Do NASCAR Cars Use? 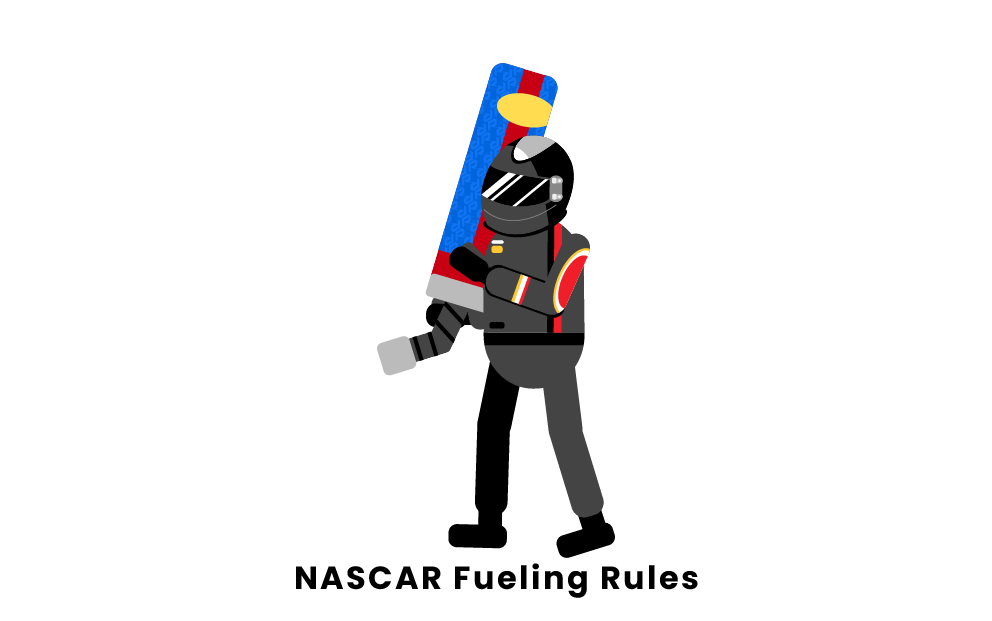 The cars used in NASCAR are exhaustively engineered, purpose-built race machines capable of producing over 900 horsepower and topping out at speeds in excess of 200 miles per hour. But have you ever wondered what kind of fuel NASCAR cars use? Surely, it must be as high-tech as the cars, right? Find the answer below and all the information you need to know about the official racing fuel of NASCAR.

Sunoco is NASCAR’s exclusive fuel sponsor and supplier, proudly touting its role as the “Official Fuel of NASCAR.” Since 2004, Sunoco has provided fuel for NASCAR’s Cup, Xfinity, Craftsman Truck Series, and the ARCA Menards East and West regional series.

The race fuel used by all NASCAR series is Sunoco Green E15. The fuel is a blend of unleaded gasoline and ethanol, with ethanol composing 15 percent of the mixture. It is also green in color. Due to its greenish color and ethanol content, the fuel is given the name “Green E15.”

Sunoco Green E15 has an overall 98 octane rating, which receives a boost from the 113 octane rating of straight ethanol. A fuel’s octane rating reflects its ability to withstand compression, with higher-rated fuels able to endure higher levels of compression before detonation is induced. NASCAR engines utilize high cylinder compression to derive power, and thus they require fuel with a high octane rating to operate properly.

Sunoco introduced the unleaded Green E15 ethanol blend as NASCAR’s race fuel in the 2011 season. Prior to that, NASCAR cars used Sunoco Supreme and Sunoco 260 GTX, both of which were 110 octane leaded fuels made of 100 percent gasoline.

Amount of Fuel Per Race

Compared to your daily driver, NASCAR race cars use much more fuel to travel the same distance, averaging a remarkable five miles-per-gallon in fuel consumption. Depending on the length of the race, a car uses anywhere between 40 and 125 gallons of fuel. This means the 18-gallon fuel tank in the car must be refilled anywhere between two and four times during the race, creating the “fuel window” that figures so importantly in NASCAR pit strategies. Overall, NASCAR races require a huge amount of fuel. For example, a 43-car field competing in the Daytona 500 uses well over 5,000 gallons of Sunoco Green E15 just to finish the race.

Sunoco introduced ethanol into its race fuel for the 2011 season. Since then, NASCAR race cars have driven more than 15 million miles on Sunoco Green E15, a milestone that Sunoco celebrated with an American Ethanol-sponsored No. 3 Chevrolet driven by Austin Dillon.

Along with the transition from leaded to unleaded fuel, the addition of ethanol to the blend makes Sunoco Green E15 a significantly cleaner-burning option than other race fuels, including those previously used in NASCAR. The adoption of the new fuel has led to a 20 percent reduction in carbon emissions across all race events, serving as one element of NASCAR’s commitment to environmental stewardship. The presence of ethanol also leads to greater efficiency, as the 98 octane-rated Sunoco Green E15 offers the same level of power and performance as the 110 octane all-gasoline fuels previously used.

What octane fuel does NASCAR use?

The official fuel of NASCAR, Sunoco Green E15, has an overall 98 octane rating, but its octane is boosted by the addition of 113 octane ethanol into the fuel mixture. The 98 octane rating of the fuel blend is designed to result in high performance for both engines and cars. By comparison, the gasoline used in the standard cars used by everyday drivers typically falls within one of three octane ratings: 87, 89-90, or 91-94.

What is the official fuel of NASCAR?

The official fuel of NASCAR is Sunoco Green E15. Sunoco has been the official fuel provider for NASCAR since 2004 when they took over for former fuel supplier Union 76. Sunoco Green E15 is an ethanol-gasoline blend that has been used in the Cup, Xfinity, and Trucks series since 2015. Prior to 2015, Sunoco supplied NASCAR with Sunoco Supreme and Sunoco 260 GTX, which were high-octane fuels made of pure gasoline.

How is NASCAR fuel different from regular gasoline?

NASCAR fuel is different from regular gasoline because it is higher in octane and green in color. Like most fuels used in today’s consumer automobiles, NASCAR race fuel is a blend of gasoline and ethanol. However, the Sunoco Green E15 features an octane rating of 98, which is higher than that of consumer fuels, which typically have an octane rating of between 85 and 93. The higher octane rating gives the fuel more explosive power in detonation, and the green color signifies it is an unleaded bio-ethanol racing blend.

Pages Related to What Kind of Fuel Do NASCAR Cars Use?