What Is The Top Speed Of Cars In NASCAR? 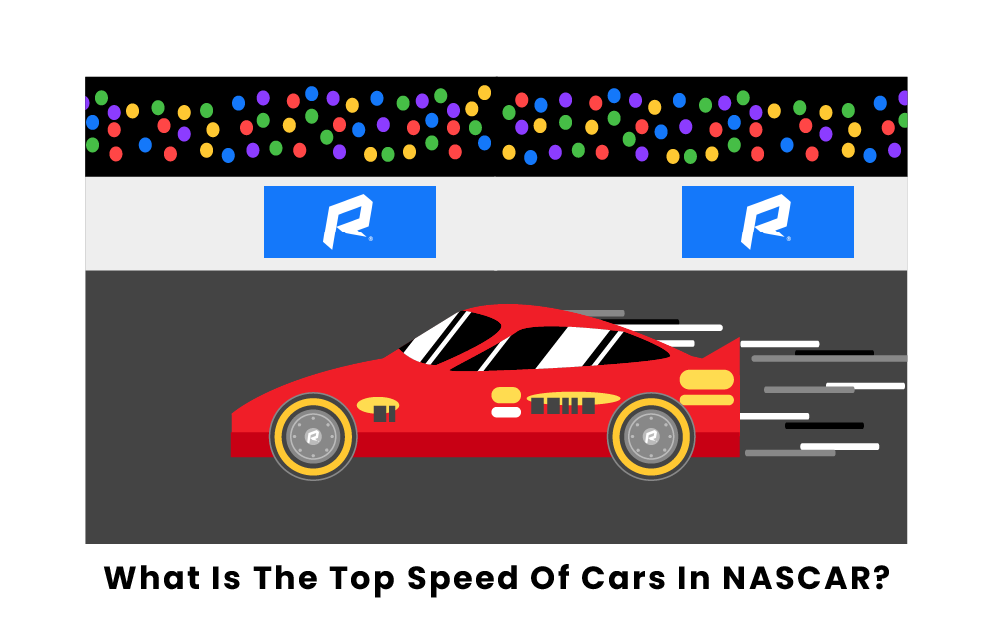 NASCAR races showcase the speed, power, and durability of its vehicles, as well as the skill of drivers and their teams. NASCAR is the world’s largest governing body for stock car racing, sanctioning over 1,500 races each year. NASCAR vehicles are capable of reaching speeds of over 200 miles per hour, with a power output of either 510 or 670 horsepower in NASCAR Cup Series races. Variables including the track, the driver, weather conditions, and vehicle maintenance can all affect how fast NASCAR cars travel.

NASCAR vehicles reach drastically different top speeds depending on the track they are racing. NASCAR races travel to different tracks throughout the season, testing each driver’s ability under different conditions. Each NASCAR track’s size, length, composition, and safety features vary. Each track will allow for different top speeds that drivers can reach safely.

The speed of race cars is regulated by NASCAR for safety reasons. Large tracks like the Daytona Superspeedway provide cars with the potential to consistently reach speeds upwards of 200 miles per hour. Even though NASCAR cars could potentially go faster, it would be extremely dangerous for drivers to attempt higher speeds, so NASCAR uses mechanical limiters and engine tuning to limit horsepower and, thus, maximum speed. NASCAR limits horsepower to 510 hp on superspeedways, like Daytona and Talladega, and 670 hp on intermediate and short tracks.

How Fast are NASCAR Cars?

Without limitations, NASCAR vehicles can reach top speeds much higher than those achieved during sanctioned races. NASCAR engines are built to produce maximum power outputs of around 800-900 horsepower and reach speeds of around 240 miles per hour. In 2007, the speed record for stock cars was broken by Russ Wicks, who drove a modified Dodge Charger NASCAR race car. He reached a maximum speed of 247 miles per hour at the Bonneville Speedway in Utah.

Are NASCAR cars faster than Formula 1 or Indycar?

What are the fastest NASCAR Cup Series tracks?

In NASCAR, the top speed that cars can reach greatly depends on the format of the track they’re racing on. Certain NASCAR tracks allow for cars to reach upwards of 200 miles per hour, while others only allow drivers to top speeds of around 100 miles per hour. The current fastest NASCAR Cup Series track is the Daytona Superspeedway in Daytona Beach, Florida. In 2019, William Byron had a lap average of 194.3 miles per hour in Daytona. The record for the highest speed recorded at the track was set by Bill Elliot in 1987 with a speed of 210.3 miles per hour.

How much horsepower do NASCAR cars have?

Today, the average NASCAR race car can produce upwards of 750 horsepower. While each car is different, the most powerful NASCAR vehicles in the Cup Series are capable of producing over 900 horsepower. However, for safety reasons, NASCAR limits the horsepower of its cars depending on the racetrack. It does so by using engine tuning to lower the maximum horsepower of each race car, as well as tapered spacers at superspeedways. At most tracks, NASCAR cars are limited to 670 horsepower, but at superspeedways, the output is further limited to 510 horsepower. NASCAR engines are naturally aspirated and can produce such high horsepower without the use of turbochargers.

What is the highest recorded speed in NASCAR?

The fastest speed ever reached in NASCAR’s history was recorded at 212.809 miles per hour at the Talladega Superspeedway in Talladega, Alabama. The record was set in 1987 by Bill Elliot, making him NASCAR’s fastest driver. His lap is the fastest official qualifying speed in NASCAR’s history and still stands today. Elliot also holds the fastest qualifying record at the Daytona Superspeedway, with a speed of 210.364 miles per hour.

Pages Related to What Is The Top Speed Of Cars In NASCAR?