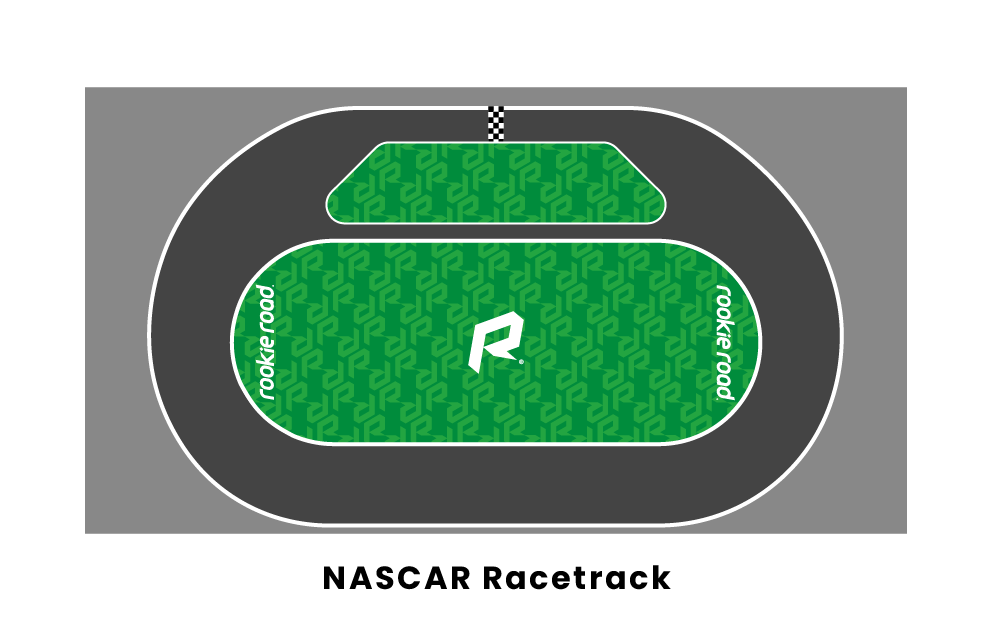 Most race tracks are oval-shaped and have four definitive curves. These bends in the track are often referred to as 'turns.' Other elements of the track include 'pit road,' where racers must briefly depart the track in order to receive mechanical tune-ups or have their cars filled with gas. The track is also surrounded by grandstands, which are essentially bleachers that are protected from flying debris by a net and seat hundreds of thousands of fans.

The surfaces of NASCAR tracks differ slightly in nature. While most tracks are made of asphalt, each is defined by its own unique gradient ranging from smooth to rough. Smoother tracks are often preferred by racers, as they allow for the car to be more easily maneuvered, while rougher tracks are more difficult and require complex turns and lots of gear shifting.

Most NASCAR tracks began as square-shaped, dirt road courses. After realizing that these types of tracks were not conducive to the more exciting aspects of racing such as speed and steep turns, nearly all of them were paved over to become more representative of the tracks that dominate the NASCAR landscape in the modern day.

NASCAR tracks have a wide variety of distances ranging from half a mile all the way up to four miles. Distances represent how far the car must travel to complete one 'lap' during the race, otherwise defined as one complete revolution around the track. Intermediate tracks such as the Daytona 500 (2.5 miles per lap) require racers to complete 200 laps, while shorter tracks such as Bristol Motor Speedway (half a mile per lap) require successful completion of 500 laps. Shorter tracks also tend to have sharper and more difficult turns.

Each NASCAR track has an off-track area devoted to pit stops. Pit stops are a crucial aspect of any race and require strategic timing in order to keep pace with the competition. When a car requires gas, new tires or damage repair, the driver will pull off to the side of the track and park in its dedicated location where it is quickly serviced by a team of experienced mechanics and released back onto the track. Quick pit stops are often the key to winning a race and have evolved into high-pressure situations due to the necessity for speed and precision when fixing the race car.