What Is The NASCAR All-Star Race? 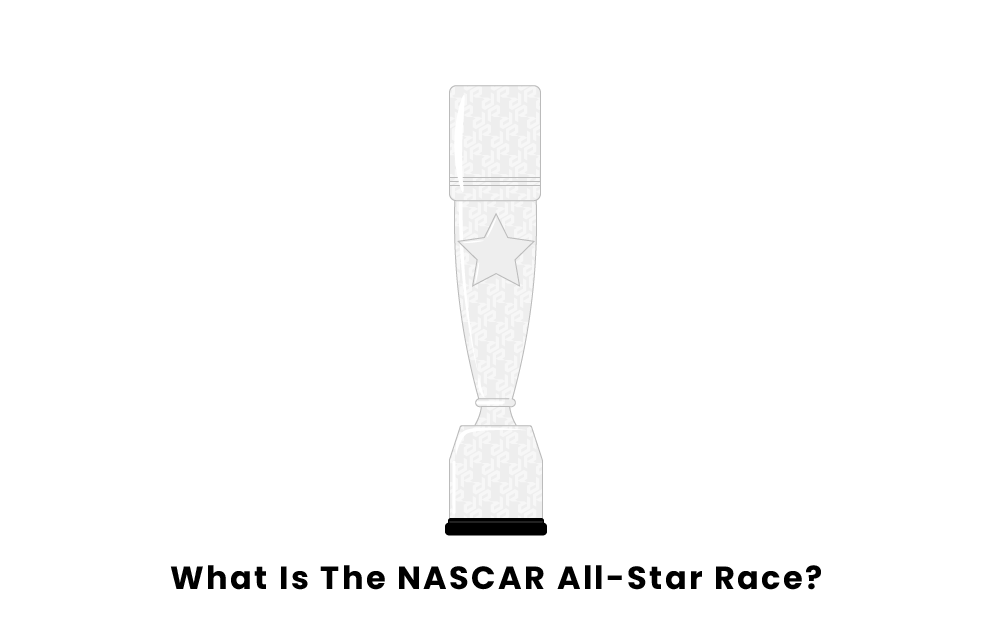 If you’re a fan of professional sports, you have probably seen an All-Star Game featuring the biggest stars from around your favorite league. Did you know that the NASCAR Cup Series has its own showcase of champions called the NASCAR All-Star Race? Maybe you have watched the race but are confused about the complex qualifying rules and format. Do you simply want to know what the NASCAR All-Star Race is? Keep reading to have all your questions answered and find out everything you need to know about one of the most exciting and star-studded dates on the NASCAR schedule.

The first NASCAR All-Star race was run in 1985 at Charlotte Motor Speedway, which became the race’s home for most of its history. The field was composed of the 12 drivers who had won at least one Cup Series race during the previous season. The race itself was a single-segment 70-lap race requiring one pit stop. Both the method of field selection and the race format itself have become more complex throughout the race’s history.

The NASCAR All-Star Race is a six-stage winner-take-all race with a million-dollar cash prize. The field for the race is 21 cars, 17 of which are predetermined. The remaining four starting spots are determined by the results of the All-Star Open, a separate race held two hours before the All-Star Race. The 17 predetermined spots are filled by all of the drivers who have won a race during the previous or current season, as well as any prior Cup Series champions and All-Star Race winners who wish to participate.

The All-Star Race is 100 laps long, or 150 miles, and split into six stages, or “rounds.” After most rounds, the field is partially or entirely inverted or otherwise scrambled. The 21-car starting field of the All-Star Race is assigned positions based on a random draw.

The first four rounds of the race are each 15 laps long. After the first round, the top of the field will be inverted, starting with first place and descending to anywhere between eighth and twelfth place. An online fan vote determines the final position of the inversion (eighth through twelfth). At the end of the second round, the entire field is inverted. After the third round, an identical inversion occurs as after the first round, with the final position of the inversion again determined by fan vote. After the fourth round, the field is reset based on cumulative finishing positions of the first four rounds, with the driver having the best average finish starting on the pole.

After the fifth round, the field remains the same, lining up in the same positions to start the sixth and final round, lasting ten laps. The first driver to cross the finish line after ten green flag laps in the final round is the winner and takes home the one-million-dollar cash purse. Unlike other NASCAR races, first place is the only paying position, with all other finishers receiving nothing for their troubles.

Each team must make a required pit stop during the fifth round, which lasts 30 laps. The team that makes their pit stop in the shortest time wins a $100,000 prize.

As it is not a points-paying race, new rules and regulations are often given a trial run at the All-Star Race. For example, the “choose rule,” a rule which allowed drivers to choose between two different lanes upon a restart, was first tested at the 2020 All-Star Race before being implemented throughout the rest of the schedule. Aside from any new trial rules, which change every year, the rules of the All-Star Race are the same as any other NASCAR Cup Series race.

Jimmie Johnson holds the record for most All-Star Race victories, achieving four wins during his career. Jeff Gordon and Dale Earnhardt Sr. are tied for second place, with three wins apiece. Hendrick Motorsports is the dominant team at the All-Star Race by a large margin; their cars have taken home a record-setting ten victories. Tied for second in team wins are Roush Fenway Racing and Richard Childress Racing, with four wins each.

Pages Related to What Is The NASCAR All-Star Race?