What Is The Role Of The Pace Car In NASCAR? 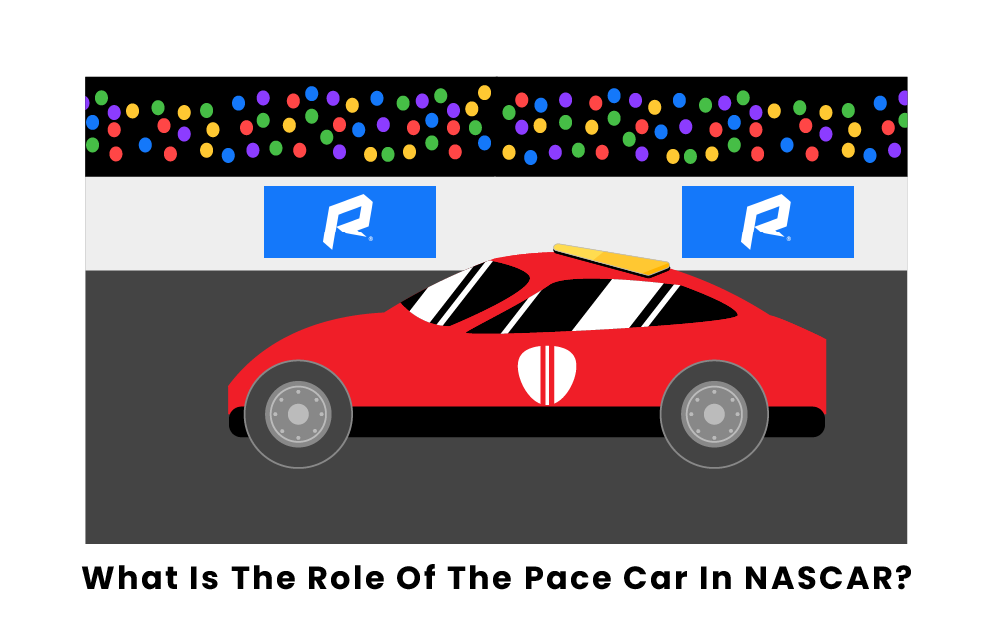 At every NASCAR race, a pace car plays a crucial role: controlling the speed of the field at the start of the race and during caution periods. Pace cars look different from the race cars used in NASCAR, as they are new production consumer cars provided by the manufacturer for promotional purposes rather than purpose-built race machines. Famous automobile models used as NASCAR pace cars include the Ford Mustang and F-150; Chevrolet’s Corvette, Camaro, and SSR; and the Toyota Camry and Supra. The exteriors of pace cars typically feature advertisements related to the sponsor of the race and the title and date of the race.

A NASCAR pace car’s most important job is to keep the field at a safe speed and in the proper position before the beginning of races and during caution periods. The pace car pulls out in front of the field and stays at a constant speed. Drivers are required to stay behind the pace car, in the order of their position at the time caution was called (or pole position if it is the start of a race). Maintaining position is important for the integrity of competition, as passing is allowed only under green-flag conditions. When drivers see the pace car out in front of a race, it makes them aware that they must stay in their position.

Another key factor that the pace car plays during races is an enforcement role when it comes to pit road. The pit road is the area during the race where drivers can stop for repairs and fuel for their vehicles in the middle of the race. The pace car sets the speed limit for pit road at the start of the race by driving the cars through and showing them the proper speed. This helps the drivers make sure that their RPM lights are properly calibrated. Once the race has started, race control will monitor the speed of cars on pit road electronically and assess any penalties if necessary. Although different race tracks have different speed limits for pit road, the pace car will always adjust to whatever the rules of the track are and does not have a set speed that it always travels.

Pace cars are also essential to drivers during caution periods. It is very common for there to be cautions during races, with an average of between six and nine yellow flags being shown each race. During caution periods, the pace car leads the pack at a lower speed, and drivers are not allowed to pass, maintaining field positions.

The pace car allows drivers to keep their tires, engine systems, and fluids at proper operating temperatures before a race and during a caution period by permitting them to drive around the track at a reduced speed. If drivers were forced to come to a stop and park their cars during a caution (as they are under red-flag conditions), they would not be able to maintain optimal temperatures in these components.

What is the role of the pace car?

The pace car serves many purposes during a NASCAR race, the primary being the leader of the pack during a caution and at the start of a race. Many people will refer to the pace car as the safety car, as it usually comes on to help during a race when there has been a collision or incident on the track. The pace car will come out onto the track in front of the field and lead the pack around the track at a slower pace while the issue is resolved.

What relation does the pace car have with pit road?

A key function of the pace car prior to the start of a NASCAR event has to do with pit road and speed enforcement. One of the major functions of the pace car is to maintain the pit road speed limit. When the pace car sets the speed limit for pit road, it lets all of the drivers in the race know that if they exceed the pace car’s speed, they will be punished.

How does the pace car help drivers?

The pace car helps drivers by alerting them to the presence of debris, obstacles, fluids, or other unsafe conditions on the track. When the track becomes unsafe, race officials signal a caution period by waving a yellow flag and flashing yellow lights. At the same time, the pace car pulls out in front of the pack to signal that there is potential danger ahead, and that they must stay behind the pace car in the proper position.

Pages Related to What Is The Role Of The Pace Car In NASCAR?