What Is Race Car Telemetry In NASCAR? 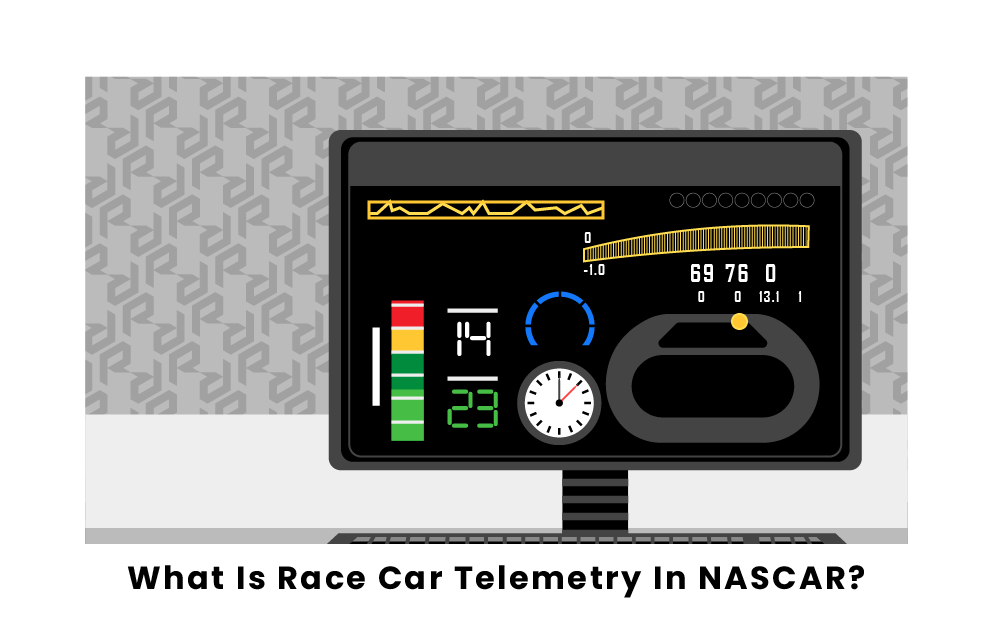 What is Race Car Telemetry?

Telemetry is the collection and measurement of data and statistics. Telemetry is used in many fields such as defense, medicine, and agriculture, but its use in NASCAR is important so that cars are properly tuned for optimum performance.

NASCAR race cars have computers that collect and transmit the car's vital data to a central computer through wireless radio. Based on this data, auto technicians in the pit crew can anticipate potential problems with the car and communicate with the driver to adjust accordingly. However, pit crews are banned from using telemetry during NASCAR races and are only allowed to use the technology during vehicle tests.

Cars actually do run telemetry during the races, but the data is sent directly to NASCAR officials along with television production crews rather than the racing teams. Telemetry data is collected during the races primarily to enhance the live broadcast of the races. NASCAR broadcasts make use of up to eight radio receivers installed at various points around the race track to collect telemetry data from the cars.

A central computer, usually located in the on-site television production van, collects data five times a second from every car participating in the race. This data is then used by a company called Sportvision to produce on-screen graphics for at-home viewers. These graphics are helpful for viewers to understand how each car is performing in the race. For instance, graphics shown during NASCAR broadcasts often display information such as the exact gap between race cars and their speed in real time.

How does Race Car Telemetry Work?

Stockcars use an onboard computer, also known as a Pi system, to collect data such as speed, revolutions per minute (RPM), brake position, temperature, and location. The Pi system consists of two black boxes that sit on the car's floorboard.

These boxes are connected to important parts of the vehicle, such as the steering wheel, shocks, and pedals. Sensors are used to measure a multitude of statistics such as temperature, movement, and voltage. These statistics are then sent back to the black boxes through transducers.

NASCAR race cars are equipped with radio antennas that send this information to the central computer. Telemetry also makes use of differential GPS to track the location of the cars during the race. Due to the high speed at which stock cars travel, telemetry boxes must be carefully protected to prevent damage or data loss.

Why is Race Car Telemetry Important?

Teams install up to sixty sensors on the race car and use telemetry to collect information on the car's shocks, throttle inputs, tire pressure and temperature, airflow, suspension, and the frame's distance from the track. Teams also collect data about the track surface and conditions so that they know how to optimally tune the car to that particular track. Stockcars perform differently on various racetracks, so this is an important part of the testing process.

Why is Telemetry Not Allowed During Races?

All testing via telemetry is performed prior to the race since NASCAR teams are not allowed to use telemetry technology during races. Although NASCAR pit crews often have race engineers, communication between the driver and the pit crew is limited to analog technology during the race.

This is because NASCAR places more of an emphasis on the skill of the drivers rather than the technology of the cars. Using telemetry during races would be to stray away from NASCAR's tradition of trusting human instincts over technology. As such, the use of telemetry in the sport is limited to pre-race testing. To prevent the use of telemetry during races, NASCAR officials thoroughly inspect all cars prior to the race to check for hidden sensors.

Pages Related to What Is Race Car Telemetry In NASCAR?