What Is A NASCAR Stock Car? 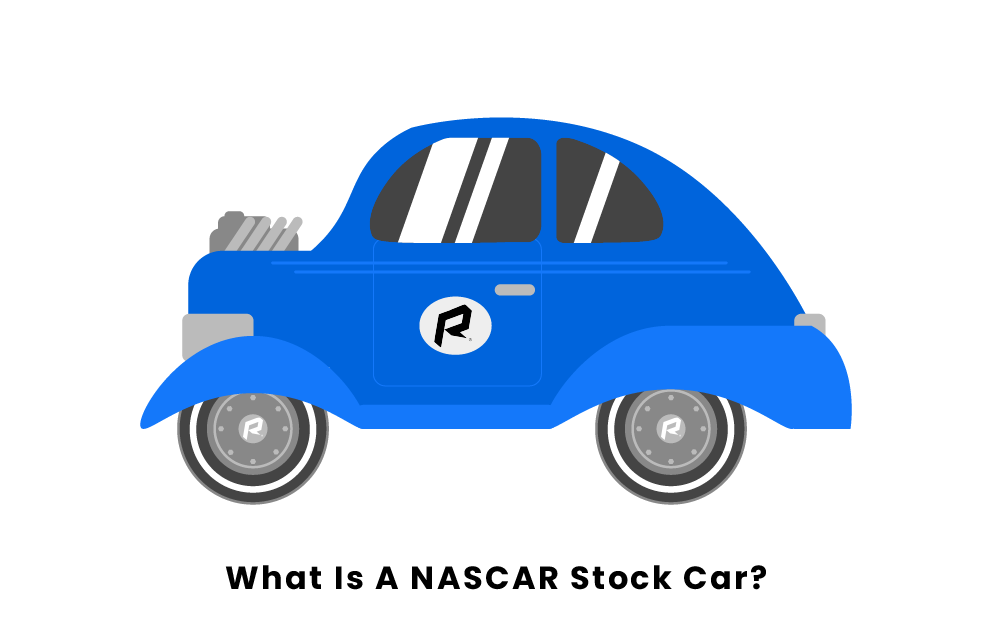 A NASCAR stock car is a race car that is used in one of several NASCAR series. They are called stock cars because they are meant to resemble road-going “stock” vehicles. Keep reading to find out the history of NASCAR stock cars and what they are like today.

What is a Stock Car?

The NASCAR stock car has a rich history. The term stock car means a car that has not been modified since it was built in the factory. Back in the 1940s and 50s, the original NASCAR stock cars were regular cars that went racing on dirt tracks. Throughout the years, the term stock car has changed meaning because the cars that are seen on the tracks today are specially built to race at speeds of over 200 miles per hour.

There are three different national NASCAR series, and they all use different types of cars. The Cup Series is the top-tier series, and its cars are the most advanced. The Xfinity Series is the second tier, and the cars are shorter and slightly less powerful, with different aerodynamic setups. NASCAR’s third tier, the Truck Series, uses race trucks, which are built to resemble consumer pickup trucks. The Truck Series trucks use single-source engines to save costs and have greater rear downforce as a result of the truck’s bed serving as a spoiler.

The NASCAR stock car has gone through seven generations. Generation 1 was when the cars were taken off the factory lines and were raced right away on dirt roads and eventually paved oval tracks. In the 1960s, NASCARmade its first big jump by entering Generation 2 by finally modifying the stock car. Generation 3 saw cars begin to look more rounded with a focus on increasing the speed of the car.

Once the 1990s hit and Generation 4 began, the cars looked nothing like the original stock cars and were now being built to optimize the aerodynamics of the vehicle and not the looks. In Generation 5, the cars continued to break stock car traditions as they added a large spoiler to the back end of the car and rounded the front. Generation 6 saw shapes that more resembled road cars but with aerodynamics still in mind.

Modern NASCAR stock cars are known as the Generation 7 or Next-Gen cars. They made their debut for the 2022 season and featured aerodynamic and downforce improvements. Aerodynamic adjustments are much more configurable and allow teams to precisely dial them in for each track. In one of several cost-saving measures, the chassis are now all built by a single manufacturer rather than by individual teams.

Like the previous generation, the NASCAR Generation 7 stock car is a purpose-built race car that shares nameplates with road-going consumer automobiles made by one of three sponsoring manufacturers.

The road cars that share their names with stock cars in the NASCAR Cup Series are:

NASCAR cars are called “stock cars” because they originally came right from dealer showrooms. Today’s NASCAR race cars are built for racing by a specialized manufacturer. But in the early days of the sport, drivers used consumer road cars either as-is or lightly modified. Even though they are race cars, today's NASCAR stock cars still share nameplates with consumer “stock” cars.

Currently, three major car companies contribute stock cars to the NASCAR Cup Series: Toyota, Ford, and Chevrolet. The three models that share names with stock cars on NASCAR tracks are the Toyota TRD Camry, the Ford Mustang, and the Chevrolet Camaro ZL1. Previously, car models such as the Buick Regal, and Dodge Charger were also used in NASCAR, but today, only Toyota, Ford, and Chevrolet remain as official NASCAR car brands.

How many generations of stock cars have been in NASCAR?

Pages Related to What Is A NASCAR Stock Car?