What Is The Hardest Type of Auto Racing For Drivers? 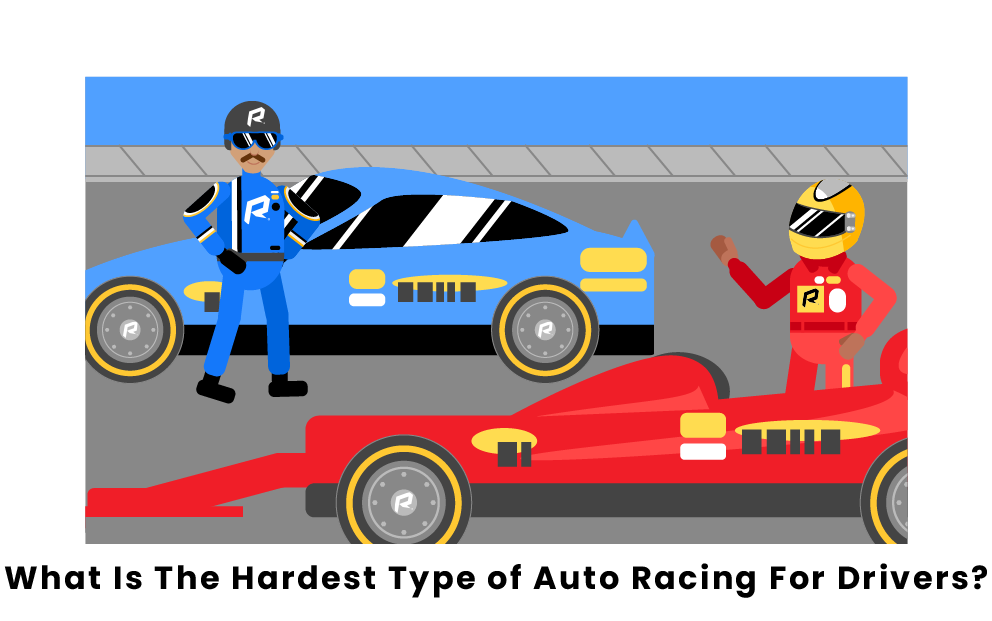 Deciphering the most challenging type of auto racing is a complicated question. Racing fans will often debate this question, as will drivers themselves. That question is one that is in no way clear cut.

There are various types of racing, and racing fans will debate which of them is the most difficult.

To the casual observer, NASCAR may seem like the simplest and easiest form of racing. However, the long races involving complex communication with the team requires a lot of long term stress on the body. NASCAR drivers are some of the most well-respected drivers in the world, and especially in the US.

Another endurance racing event, where drivers use street cars and travel for long distances and lower speeds, much like NASCAR. Any long endurance version of driving can be considered some of the most difficult conditions for racing. Having that level of focus for so long is incredibly difficult to do, but also very important.

Rally driving could easily appear to be the most difficult race in the world. In rally driving the driver may not even know where they are going, as they fly down difficult terrain. Rally drivers need to be informed by their partners about every turn and move in the terrain as they move incredibly quickly. Drivers also have to have excellent patience and memory to be successful. If you watch a rally racing event, you will see drivers flying up and down hills, moving as fast as possible. The drivers make something incredibly difficult look fairly easy. The team works to ensure the driver's success and navigation to the finish, especially the recce, who sits next to them and helps them to navigate the terrain by giving direction and instruction.

Sports car racing may seem easy on the surface. However, supercars that are street legal make racing all the more difficult. Those cars are not designed to be raced in the same way as a NASCAR or a Formula One car. Because of this, the cars are less predictable for drivers and are harder to manage.

What type of auto racing is the hardest?

Each type of racing presents different challenges. Sports car racing is a challenge for drivers because of the difficulty it takes to maneuver vehicles. Rally racing is challenging because of the unpredictable course which drivers have to navigate at immense speeds. Touring is difficult because drivers have to be focused for long periods of time. NASCAR is difficult because of the precise, fast driving and the long oval track. However, the pinnacle of auto racing, the hardest type for drivers, has to be Formula One. Only twenty drivers in the world get to do Formula One, so it is extremely difficult to become successful. The sharp turns at breakneck speeds are extremely taxing on the body and require extreme precision.

What is the hardest auto race in the world?

One of the measures of a hard race for auto racers is the pure challenge of the race itself. Of those races, the general consensus on the most challenging race in the world is the Baja 1000. That endurance race is a 1000 mile venture through the desert of Baja California. Racers use modified dune buggies, production cars, and even motorcycles on the sand. The trickiest part of the race is the booby traps and different tricks that are placed by fans of the race and are easy to fall into.

Pages Related to What Is The Hardest Type of Auto Racing For Drivers?

What Is Tandem Drafting In NASCAR?What Licenses Do NASCAR Drivers Have?What Is The Top Speed Of Cars In NASCAR?
What Is Race Car Telemetry In NASCAR?What Saved Ryan Newman When He Crashed?What Is A NASCAR Stock Car?
PreviousNext