A lap in NASCAR is when a driver makes one trip around the track; one full circle. Due to the length of a NASCAR race, a driver can do hundreds of laps per race. One of the most common ways for drivers to obey the lap rules is to follow the racing flags that are on display.

In a traditional NASCAR race, the length of one trip around the race track can be over two miles long. This means that the drivers make nearly 200 trips around the track throughout a three-hour race. Although it may seem like there isn't much to racing around the track 200 times, there are a lot of rules about the laps the drivers complete.

A driver and their team strategically plan during which laps they will make a pit stop for routine maintenance tasks. After a brief pause, the driver continues the race and tries to make up the lap they missed when they stopped. 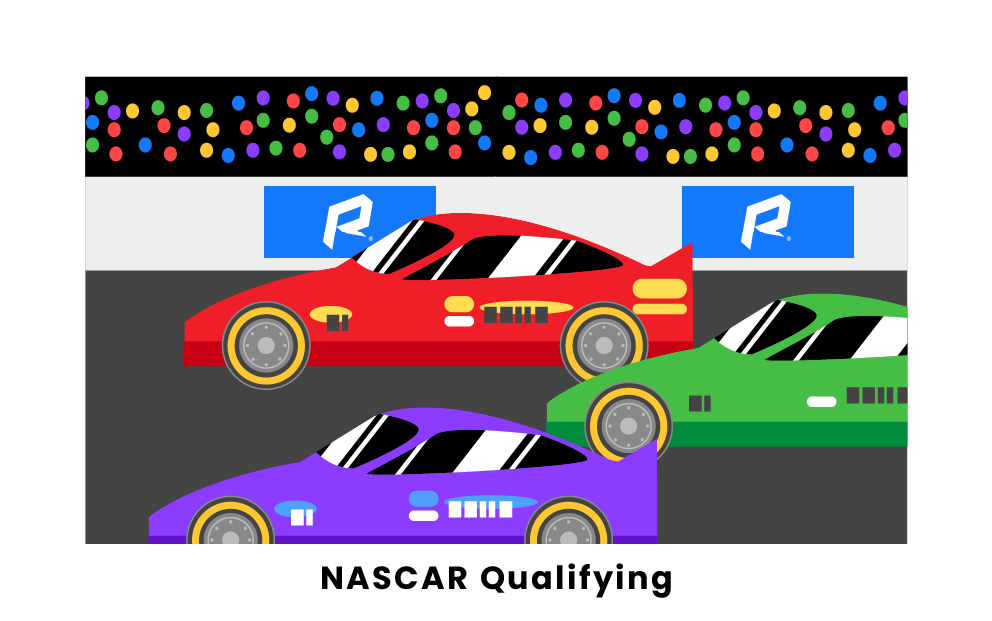 To determine the starting positions for any given NASCAR race, the cars must first perform in a qualifying lap. A qualifying lap determines the order and placements of each car position.

Before each race, each driver individually takes a lap around the track, aiming to achieve the quickest speed. A random draw decides the order of cars for the qualifying lap. This lap can make or break a rider's chance of finishing the race in a good ranking.

The qualifying lap also determines who starts in pole position, which is the inside front row position of the starting grid. The driver with the quickest time is awarded the pole position. This position puts the rider at an advantage. The second quickest time gets the second inside position, third gets the third and so on. The pole position starts the race first and has a better chance of maintaining a leading rank throughout the race.

After 36 spots are filled, four of the remaining spots are available for drivers who had issues during their qualifying runs.

For big races like the Daytona 500, the qualifying lap determines who the 40 participants in the race will be.

Here are the rules for laps in NASCAR:

There are three flags that affect the status of a NASCAR race and the current lap that drivers are on:

How many laps are in a NASCAR race?

A race is divided up into a stage one, stage two and a final stage. The race is considered official after the first two stages are complete and 120 laps are reached.

When does a one-lap penalty occur in a NASCAR race?

Drivers can often be penalized for committing infractions throughout a race. This can result in a one-lap penalty, meaning the driver gets docked a lap and must make it up. Some of these infractions include passing the safety car and refueling the car at an illegal time.