What Are The Technology Differences Between Rally Cars and NASCAR Cars? 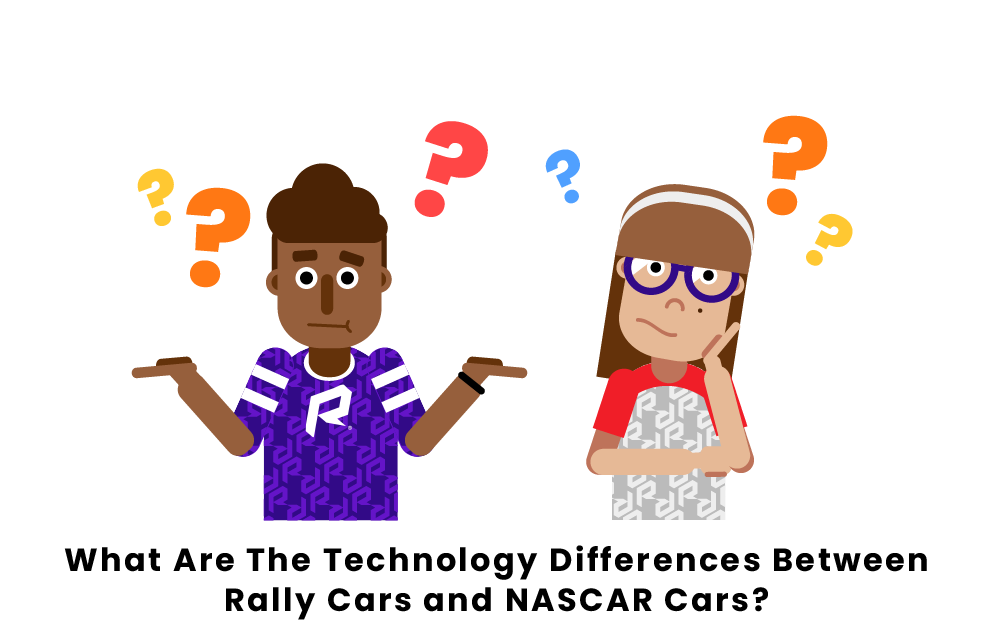 Depending on who you are and where you're from, you might already be well versed in the world of rally racing and how it differs from NASCAR in the United States. But if you don't know, you may be surprised to see the differences between the two. Read this page to learn some of the major technological differences between rally cars and stock cars.

This is an obvious difference, but it's one that plays an important role for both types of cars. Both rally cars and NASCAR cars are technically just modified versions of your average stock vehicle, but they are both designed on the outside to deal with different surfaces. The outside of stock cars in NASCAR are designed to deal with the concrete of a large oval track, while rally cars are designed to handle all sorts of weather conditions, from dirt to mud to rain and more.

Rally car shells have the same steel shell as road cars, but their shells are designed to be more aerodynamic, with carbon fiber wings to deal with the downforce of having to make long jumps and a splitter right under the bumper that splits the air travelling at the car. Rally cars also have mud flaps attached to their door meant to prevent the loose gravel from the dirt roads they are constantly driving on from flying up into the car. It also keeps spectators from taking in too much dirt. Also, in contrast with NASCAR stock cars, all rally cars are usually street legal.

Stock cars resemble your average sedan but have been heavily modified to make them lighter and achieve high speeds. Unlike rally cars, the shell of NASCAR stock cars, along with other design decisions, make it so they aren't street legal. For example, there are no side-view mirrors, headlights, or even a speedometer to track your speed. All of these things are necessary in order to have your car be considered street legal.

The engines of rally cars and stock cars are built to serve different purposes. Rally cars are street-legal vehicles that deal with turns and jumps, while stock cars focus on achieving a maximum speed. Rally cars usually top out at around 130 miles per hour, going between 70-80 mph on average during a race. Meanwhile, stock cars in NASCAR will hit up to 200 miles per hour on the road. This difference is caused by a significant difference between the horsepower that the engine of a rally car produces and that of a stock car.

Since 2017, the typical rally car is powered by a 1.6-liter direct turbo-charged engine with a 36-millimeter turbo restrictor. This usually allows a rally car to attain a horsepower between 310 and 380. The engine for a stock car is usually a 340 cubic inch V8 design, much larger than most average cars, save a few. These cars have a lot of horsepower, going as high as 750. Compared to rally cars, you have to go a lot faster in a NASCAR race, and the big engine helps a driver attain that high speed.

Rally cars have to deal with different elements like mud and dirt, as well as the downforce occasionally occurring from jumps. NASCAR stock cars do not deal with that in their races. Rally cars have several tires to choose from depending on weather conditions. The drivers and their crews almost always choose between four types of tires: super soft, soft, medium, and hard compound tires. Softer tires have better grip but wear quicker, while harder tires give you the opposite. Harder tires are used for high temperatures while softer ones are for colder weather. Once they find the compound they need, drivers will choose different brands depending on other weather conditions.

Meanwhile, stock car drivers have only one tire to choose from: the Goodyear Eagle. These tires are designed strictly for the NASCAR tracks, handling the high speeds of up to 200 miles per hour. At full speed, the tires handle the same G-force as astronauts, which can be as high as 3 Gs. The wheel itself is an old school steel wheel that measures at about 15 inches diameter and 9.5 to 10 inches wide. These tires are turning so fast on the tarmac, about 3,000 revolutions per minute, that they will reach temperatures as high as 200 degrees fahrenheit. However, these tires cannot perform in the rain, which is why NASCAR often has rain delays depending on the weather.

Pages Related to What Are The Technology Differences Between Rally Cars and NASCAR Cars?