What Are The Annual Ticket Sales For NASCAR? 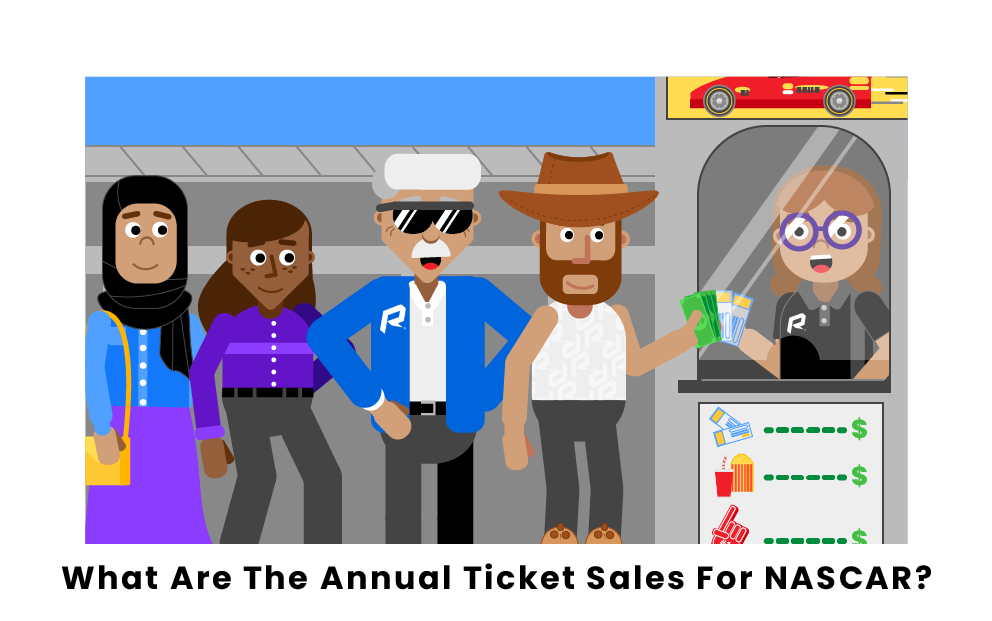 NASCAR gets numerous people to attend their events every year. With races almost every weekend, and the venues being able to fit more people than just about any other sports stadium, they have the ability to reach extremely high numbers in attendance. In the year 2017, there were over 4 million people who showed up to live races. With an average ticket price of $19, it is a very affordable event which is part of the reason why so many people will attend.

In the early 2000's NASCAR had hit its peak. It was insanely popular, and fans attended the events and would fill the venues pretty close to the brim. The Richmond race drew a crowd of over 42,500 people. When looking at the event, it is not a bad number considering the venue has a capacity of 50,000, but the capacity used to be double that. Not only was the capacity much larger, but they also sold out in attendance for 33 races in a row through 2008. That is very large and different numbers when you compare them to the numbers recently. The Brickyard 400 is a race that used to have over 250,000 spectators come to the race, now they are getting around 60,000. This decline is extremely concerning for NASCAR, and they must come up with ways to make the events seem more appealing.

NASCAR does not release official attendance figures, making it difficult to estimate the exact number of tickets that are being sold each year. However, when watching races on TV, it is obvious that the stands are far less filled than they used to be, and that NASCAR is clearly struggling to get sales.

There could be numerous different reasons why there has been a decline in ticket sales. One reason could be due to the fierce competition of the other major sports leagues. It is extremely difficult for NASCAR to compete against leagues like the NFL, NBA, and MLB. Along with that, there is a pretty large lack of star power in the league right now, and they are having trouble finding somebody who can be the "face" of the sport. The good news for NASCAR is that their fans are extremely loyal. Arguably the most loyal fans among all sports, it is safe to assume that the league will always have a large portion of the United States to rely on when it comes to buying their products, watching, and attending their races.

While leagues are struggling to get revenue through ticket sales for their sporting events, NASCAR has actually been faring quite nicely since the pandemic struck. Since the venues in NASCAR are so large, it is very possible to get a large amount of fans while keeping everybody at a safe distance from each other. In July, twenty thousand fans attended a race at the Bristol Motor Speedway, which made it the biggest crowd at a sporting event since the pandemic struck. The venue could hold 140,000 fans normally, so when there is a limited capacity, it is still very much possible with limited capacity to have a respectable number of fans while still keeping a safe distance. Along with that, United States citizens have been craving live sporting events, and NASCAR is currently one of the only sports that is allowing fans to attend the races. This could lead to a large amount of new fans, and even lead to an increase in attendance once things are finally back to normal.

Daytona 500 and Other Large Races

Large races such as the Daytona 500 drastically help NASCAR in their average ticket sales. With a sold out crowd that has over 100,000 spectators just about every year, this is one of the biggest yearly racing events and is a big reason why NASCAR attendance numbers are still relatively high. Races at venues such as Bristol and Indianapolis also do a good job at driving the average attendance up, but Daytona is the biggest one by far that will attract the most fans.

Pages Related to What Are The Annual Ticket Sales For NASCAR?