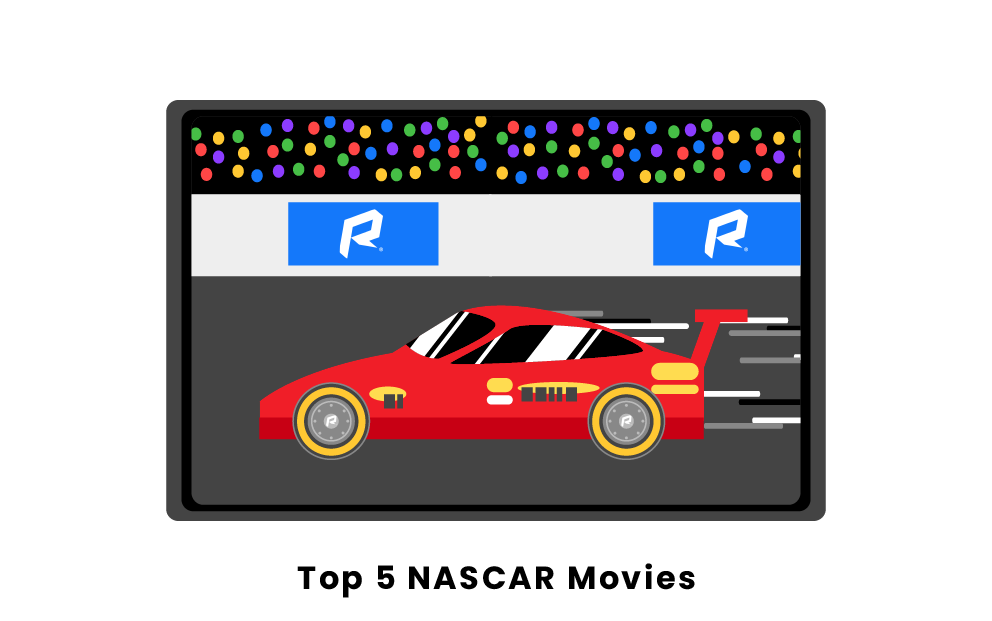 What Are The Most Popular NASCAR Movies?

At the top of our list is Days of Thunder. This racing movie is all about Cole Trickle, a young, confident driver entering the intense world of NASCAR. His arrogance proves to make the transition challenging, and his quick temper makes him unpopular amongst other racers, as well as his own team.

The 1990 film features a great cast, with Nicole Kidman, Robert Duvall, and action movie legend Tom Cruise among them. In fact, the movie is even compared to Top Gun, Cruise’s other major film from the era. Also, the movie has a lot of real chemistry between Kidman and Cruise since they met while filming this movie and married soon after.

Days of Thunder is special to NASCAR fans because it truly focuses on the sport. A lot of the footage of the races was from actual professional racing, similar to Top Gun’s use of actual fighter plane footage. Additionally, the sound in the movie is incredibly realistic. The film’s sound effects were even nominated for an Oscar.

The Last American Hero is another top movie that focuses on the sport of NASCAR. It follows the life of famous driver Junior Johnson, or Junior Jackson, as he is portrayed in the film. It shows the driver trying to raise money so that he can bail his dad out of jail. However, the “bad boy” driver gets into a lot of disagreements with his owner when Junior tries to do things his way.

The 1973 film stars Jeff Bridges as the lead, and he does an excellent job at portraying Junior Johnson’s early days in NASCAR. In fact, the real Johnson even said it was an accurate depiction of his first few years in NASCAR.

The Last American Hero is a great film for any NASCAR fan. It has great racing scenes throughout the movie that make it an honest interpretation of NASCAR.

Cars may not be an obvious choice for a list of great NASCAR movies, but it’s actually a very informational movie. The 2006 Pixar animated film begins after three anthropomorphized cars tie for first place in the fictional “Piston Cup.” The three cars will have a rematch in a week to decide on one winner. The main character, Lightning McQueen, is a hot-shot racer who, throughout the week before the race, learns the importance of friendship.

The characters are voiced by well-known actors, including Owen Wilson, Bonnie Hunt, Paul Newman, and Larry the Cable Guy. The ensemble helps to keep the movie humorous and engaging.

Cars is a great movie for the whole family to enjoy. It’s especially entertaining for NASCAR fans, who will appreciate the nods to the real sport and its history. There are even some cameos from famous drivers like Darrell Waltrip, Dale Earnhardt Jr, and Humpy Wheeler.

Although Cars has some comedic elements, Talladega Nights is a true comedy that will have the viewer laughing the whole time. The 2006 movie is about Ricky Bobby, an arrogant driver who is at the top of the NASCAR scene. However, after a devastating crash, he struggles to get back to racing, especially as his relationships fall apart.

The film stars some great comedic actors that help make the story so humorous. The main character is played by Will Ferrell, but he’s not the only comedy legend, as John C. Reilly, Sacha Baron Cohen, and Jane Lynch also feature heavily in the film.

Although the film can hardly be called a serious NASCAR film, it is certainly an enjoyable one. NASCAR fans will find some of the material the movie mocks to be extremely relevant. Ultimately, Talladega Nights is a great film to watch for anyone who wants a fun movie night with a bit of a NASCAR theme.

3: The Dale Earnhardt Story is a 2004 TV movie by ESPN about the iconic NASCAR figure Dale Earnhardt, who died tragically in a racing accident during the 2001 Daytona 500. The short film follows his early life with his racing father, following him as he drops out of high school to pursue race car driving. It also details his family issues and his complicated relationship with his children.

The film features some actual races from the real driver, but for the most part, Dale Earnhardt is played by actor Barry Pepper, who does a great job portraying the famous driver. The made-for-TV movie has a few inaccuracies that may bother some serious NASCAR fans, but the story is very engaging, so it’s still a great movie to watch for people looking for an entertaining film. It’s also a great film for Earnhardt fans who want to learn more about him.

A classic Burt Reynolds comedy, Stroker Ace is the ridiculous tale of a NASCAR champion named Stroker Ace bucking against controlling sponsors. In this 1983 farce, Ace, played by Reynolds, loses his primary sponsor due to his off-track antics. He finds a replacement sponsor in a local chicken restaurant, but the owner forces Ace to dress up like a chicken for promotional events. This leads to a hilarious situation which tests Ace’s integrity as a driver. Distractions from love interest Pembrook Feeney (Loni Anderson) abound as Ace faces trials in and out of the cockpit. One of the most ridiculous NASCAR comedies, Stroker Ace was a flop at the box office but remains a hit with fans of the sport and Burt Reynolds films.

In the 1977 drama Greased Lightning, Richard Pryor plays Wendell Scott, the first Black driver to race in the NASCAR Cup Series. Directed by Michael Schultz, the film depicts Scott’s entry into the racing series and his struggle to gain acceptance in the racist environment of 1950s NASCAR. One of Pryor’s best film performances, Greased Lightning features little of the humor for which he became known. Instead, Pryor plays the character straight, creating empathy with the viewer and making them root for Scott to succeed. Greased Lightning is an incredible depiction of a lost era of NASCAR, the echoes of which are still felt today. It is also a piece of film history, showcasing the dramatic talents of a young Richard Pryor.

What are the best NASCAR movies?

The best NASCAR movies are Days of Thunder and The Last American Hero. Both films give loosely biographical depictions of real-life NASCAR drivers set in classic eras of the sport. Days of Thunder stars Tom Cruise as Cole Trickle, a young star racing in NASCAR’s 1990s heyday. The Last American Hero depicts the career of legend Junior Johnson, played by Jeff Bridges, racing in the golden era of 1950s NASCAR. Both films are excellently produced and serve as accurate depictions of the sport in their respective eras.

What are the best funny movies about NASCAR?

Two of the most well-known comedic films about NASCAR are Talladega Nights and Cars. Talladega Nights is a more traditional comedy film starring comedy legends like Will Ferrell, John C. Reilly, and Jane Lynch, and is known for its satirical elements and funny gags. On the other hand, Cars is a Disney film with a primarily younger audience but it is filled with witty references to NASCAR and humorous side characters whose antics can appeal to the whole family.