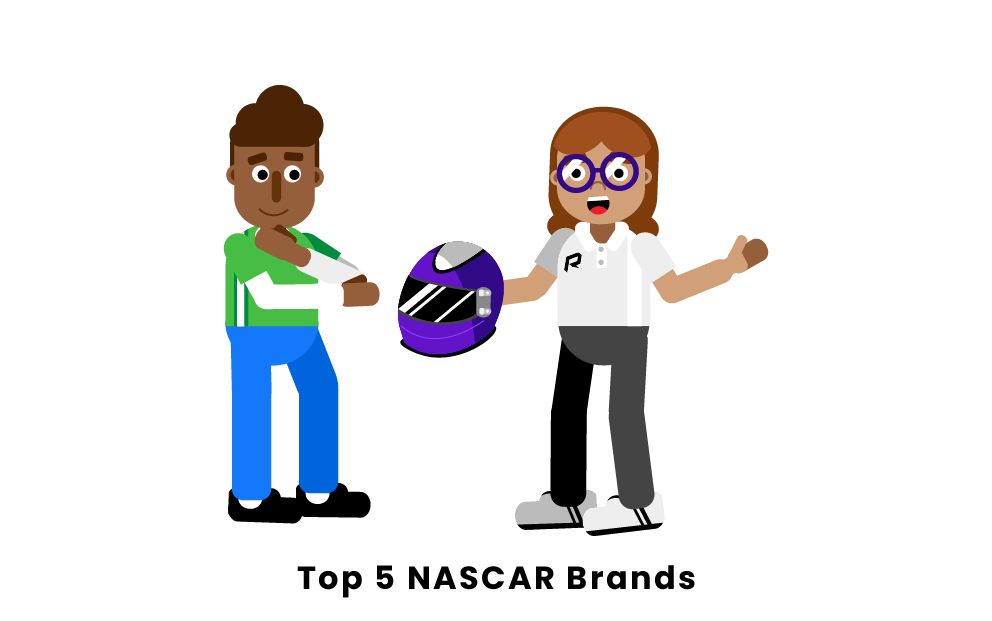 What are the most popular NASCAR brands?

General Motors has been at the top of NASCAR since it began. Some of its older car brands like Oldsmobile and Pontiac no longer exist, but the biggest name and the only GM car that continues to race is Chevrolet. Chevrolet was and continues to be the most dominant brand in the NASCAR Cup Series. Chevrolet cars have won 40 Manufacturer’s Championships and more than 800 races, far more than any other brand. Chevy has also had many Hall of Famers drive their cars, with Dale Earnhardt Jr, Jeff Gordon, and Jimmie Johnson all getting their Chevy cars inducted into the Hall of Fame.

Ever since 1954, the only tires to cross the checkered flag in a NASCAR race have been Goodyear tires. This represents the longest period in which a tire company has had a sponsorship with a major motorsports series. Throughout the years, Goodyear has provided the most reliable and durable tires contributing to this relationship. Goodyear has been able to innovate year after year, ensuring that the tires are going to keep the driver safe and on the track. The Goodyear logo is very familiar to most NASCAR fans, as the Goodyear Blimp flies above many NASCAR races and supplies aerial coverage.

For over 15 years, Sunoco has been the official fuel of NASCAR and its three national racing series: the Cup Series, XFINITY Series, and Camping World Truck Series. Since 2004, Sunoco has been innovating and improving their fuel to optimize fuel efficiency and environmental friendliness. They do this to ensure that the fuel they are making allows the cars to perform at their highest ability. Since the partnership began, Sunoco has been able to fuel over 15.5 million miles of racing and 1,300 NASCAR wins and they plan on continuing to fuel NASCAR for years to come.

The second-most successful car brand behind Chevrolet is Ford. They have tallied over 700 race wins, but they have not been able to have as much success in recent years. They also have 17 Manufacturer Championships, which is given to the manufacturer with the greatest number of manufacturer points at the end of the season. Since Ford’s first race in 1950, over 80 different drivers have won races in a Ford car. Kevin Harvick was the driver that was able to win the company’s 700th win and the driver who has won the most races in a Ford is Ned Jarret, with 43.

Toyota is the most recent manufacturer to begin competing in the NASCAR Cup Series, but they have already achieved over 160 victories since their first win by Kyle Busch at Atlanta Motor Speedway in 2008. Toyota drivers were competitive as soon as the brand entered the Cup Series, and Toyota won its first Manufacturer’s Championship in 2016. The brand repeated this accomplishment in 2017 and 2019.

Coca-Cola is a beverage company that has had a long and successful relationship with NASCAR in its history. They are the sponsor of one of the biggest races on the NASCAR Cup Series circuit, the Coca-Cola 600, which is held annually at Charlotte Motor Speedway in North Carolina. Coca-Cola also sponsors numerous well-known drivers, such as Denny Hamlin, Joey Logano, and Ryan Newman, who make up part of the “Coca-Cola Family Racing Drivers.”

GEICO, an American auto insurance company, has been a sponsor in NASCAR since 2001 when the company sponsored Kenny Wallace’s #27 Pontiac at Richmond International Raceway. Since 2020, GEICO has been a primary sponsor of the Cup Series and the official insurance partner of NASCAR.

Xfinity is an American cable and communications brand that has had a strong relationship with NASCAR for nearly 20 years. Since 2015, the brand has been the naming sponsor for NASCAR’s second-tier circuit, the Xfinity Series. In 2015, Xfinity became one of the primary sponsors of the Cup Series.

What car model has the most NASCAR wins?

The car model that has the most NASCAR wins is the Chevrolet Monte Carlo, with drivers achieving 396 Cup Series victories in the cars. Monte Carlos were used in NASCAR from 1971 through 2007. The great success of Monte Carlo drivers has contributed to Chevrolet’s dominant total of over 800 total wins in Cup Series history.

What car manufacturers are used in the NASCAR Cup Series?