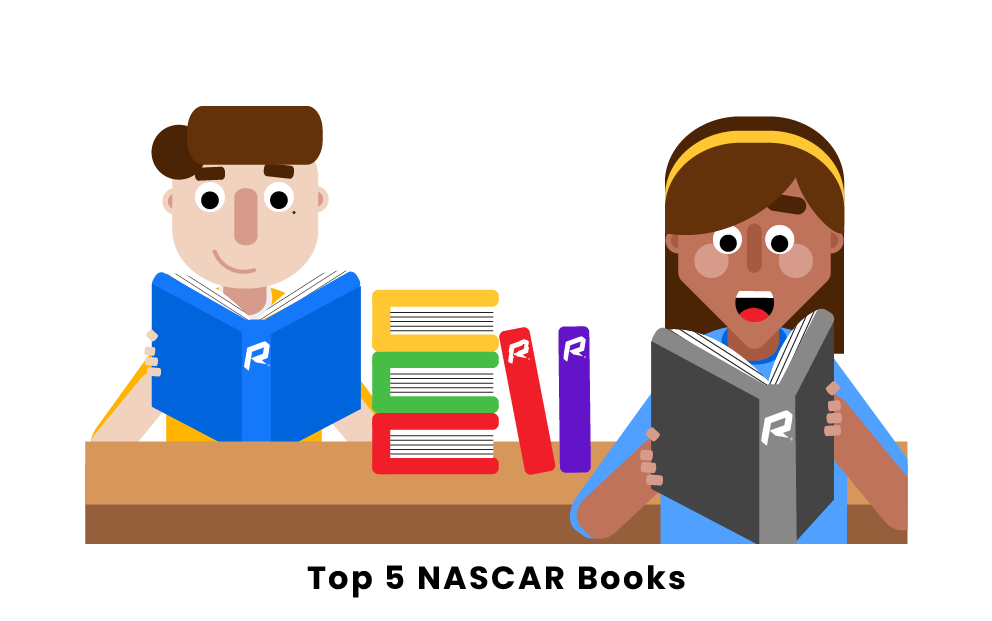 What are the most popular NASCAR books?

This book is the latest and most updated version of this recurring NASCAR history series. It dives into the history of the sport that has gradually become one of the most watched sports in the United States. This book follows along through the past century of racing from the first resemblance of a closed-circuit automobile race in the year 1896, to the beginning of NASCAR in the 1940s, all the way to the racing events currently happening in the world. There are photos, rankings, trivia, and so much more valuable information about NASCAR.

2. The Physics of NASCAR: The Science Behind the Speed

This book is written by Diandra Leslie-Pelecky, an experienced physicist that wanted to share the science behind the #1 spectator sport in the United States. If you have ever wondered about the behind the scenes of racing regarding the speed, mechanics, or terminology surrounding the sport, this is the book for you. Pelecky explains the physics behind the ability of drivers to race at speeds of 190 miles within inches of other competitors. This is a perfect read for NASCAR fans, science enthusiasts and anyone interested in the sport of automobile racing.

This is an inspiring and powerful read from the perspective of legendary NASCAR driver Michael Waltrip. His well-deserved 2001 Daytona 500 win was unfortunately overshadowed by the tragic loss of his mentor Dale Earnhardt. The book provides details concerning that heart-breaking day from the perspective of Waltrip himself. This book also provides readers with Waltrip's journey to Daytona from the time he was a boy in a small town in Kentucky, to the 2001 Daytona and the impact it had on him and the NASCAR community. Waltrip reveals a side to him the NASCAR world has yet to see.

4. Driving with the Devil

Readers who want to learn about the true history of NASCAR and where it all began should get this book. There are dark secrets pertaining to the history of NASCAR that aren't revealed to the public eye. This book describes the moonshine and bootlegging related origins that started this type of racing back in the Great Depression era. The crime, passion, secrets and chaos of the early stages of NASCAR are not revealed in any other classic history book. This book is unique and shows the shocking early connections between violence and crime with the now beloved racing known as NASCAR.

5. Racing to the Finish: My Story

Dale Earnhardt Jr., one of NASCAR's most talented and beloved drivers, has recently retired from the sport. In this book, he describes his final year of racing that was plagued with adversity through serious head injuries and emotional struggles. Earnhardt Jr. details his private struggles as he was conflicted about risking his health over continuing to compete in his sport. This brave and emotional story allows Earnhardt to be candid and open in ways previously unseen. He wants to share his story to let others in similar situations know that they are not alone.