Do NASCAR Drivers Listen To Music During A Race? 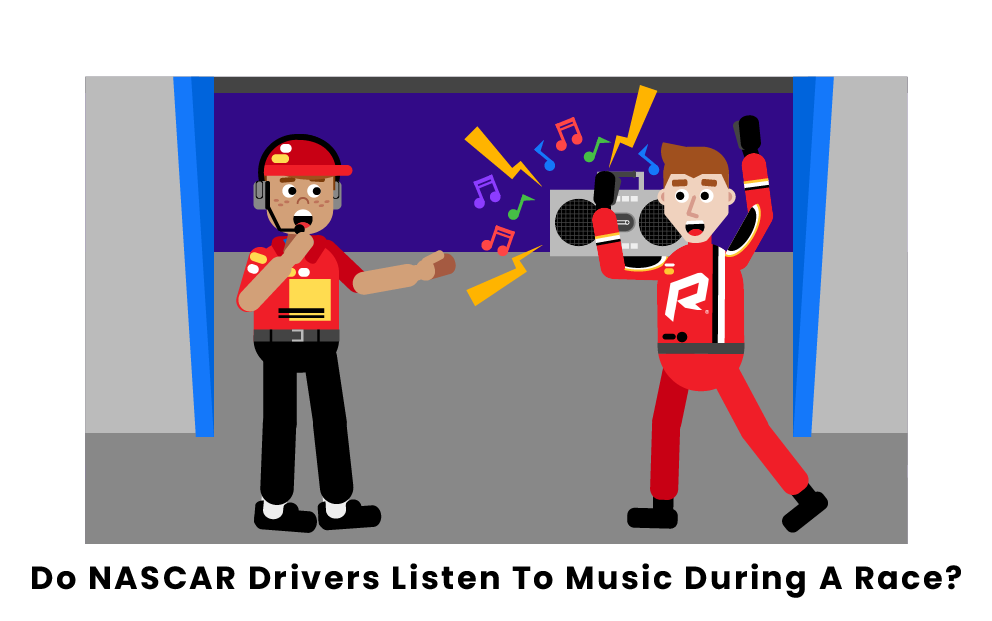 Do NASCAR Drivers Listen To Music During Races?

In NASCAR, drivers do not listen to music while they drive. The sport of NASCAR requires the absolute focus of drivers, who want to win the race while keeping each other safe. NASCAR race cars can top out at 200 mph, so the drivers need to make sure that they are paying attention to the race and their strategy at all times with no distractions.

What Can NASCAR Drivers Hear?

One of the biggest issues with listening to music during a race is that music cannot be heard while the car is operating at full speed. NASCAR race cars are incredibly loud, and NASCAR races are some of the loudest sporting events in the world. NASCAR races can generate so much noise that they could be compared to a jet flyover at 1,000 ft. Therefore, drivers can hear little above the roar of the engines and other race noises.

Drivers are constantly communicating with their crew chiefs via two-way radio headsets to communicate about the car’s handling and strategy. A driver would never want to jeopardize communication with the team by listening to music.

NASCAR drivers are some of the greatest in the world, and no athlete at the top of their game would risk getting distracted while competing at the highest level and doing what they love. If music is playing while a driver is racing, it can be a significant hindrance to accomplishing their goals throughout the race.

NASCAR driver Martin Truex Jr. was asked about listening to music during races. He said he felt it was too difficult for him to hear, and that it made him feel “disconnected from the car.” This is one of the biggest issues regarding listening to music during races. NASCAR races are long and require complete focus throughout the entire race. It is important for all of the drivers competing in the race to be connected to the car and the track at all times.

NASCAR is a sport that permits few mistakes if a driver wants to win due to the high level of competition. Even the smallest slip-up or lack of concentration could cost drivers a race and affect their payout. Therefore, there is simply too much risk for NASCAR drivers to listen to music during a race. Although listening during practice laps or in the garage may be acceptable, race day is a different story. NASCAR drivers are dedicated to their craft and would never want an outside factor like music to influence their finishing position in a race.

Can NASCAR drivers talk to each other on the radio?

During a race, NASCAR drivers cannot talk to other drivers directly on the radio. They use two-way radio headsets to communicate with their crew chief, spotter, and other team members on a closed channel. However, all of these channels can be listened to, including by fans. Thus, teams listen to the radio communications of their competitors and are able to pass along messages indirectly. If a driver really wants to send a message to another driver, their crew chiefs will communicate it.

Pages Related to Do NASCAR Drivers Listen To Music During A Race?