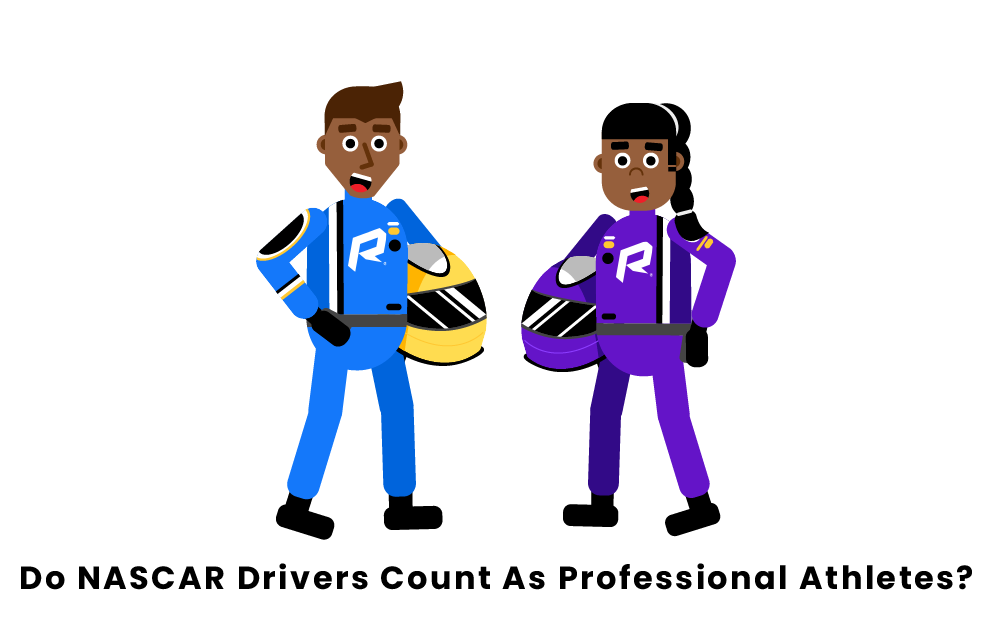 There are some people who argue that NASCAR racing is not a sport, and therefore NASCAR drivers are not real athletes. This is not true, as NASCAR drivers are, in fact, athletes. They go through rigorous physical conditioning programs and endure intense physical strains during competition, just like other athletes. Sports are athletic activities that require skill or physical prowess, usually of a competitive nature, such as racing, baseball, football, tennis, golf, bowling, wrestling, boxing, hunting, fishing, etc. One of the primary characteristics of a sport is competition. NASCAR is certainly of a competitive nature, with each racer trying their best to beat out the rest of the drivers and win the race. NASCAR drivers spend years practicing for races and give everything they have to try to win when it comes to race day.

Skill and Physical Prowess in NASCAR

Another indicator of a sport is the skill or physical prowess required to compete in it. NASCAR drivers must race at full speed and continuously perform sharp turns around tight corners while coming dangerously close to dozens of other fast-moving vehicles. Racing in NASCAR requires intense focus and incredible fine motor skills and reflexes.

Most races take longer than three hours to complete. Drivers maintain a speed of almost 200 mph for the duration of a race. They are constantly turning, swerving, braking, and accelerating, so their arms and legs are engaged for multiple hours on end. Because of this, NASCAR drivers must have top-tier physical conditioning. These athletic demands, combined with the need for unending focus, make the sport unique in that it can be both mentally and physically exhausting. A driver’s only chances to rest come during pit stops and cautions.

While not all sports involve it, many people consider teamwork to be an indicator of a sport, and NASCAR has it. When it comes to pit stops, it is vital that each member of the pit crew performs their task as efficiently as possible with no mistakes, or they risk losing the race. It is not just up to the driver. The team has to build a car that sets them up for success. The crew chief must communicate with the driver and make strategy decisions throughout the race. Races can be won by milliseconds, so each decision, pit stop, and team member can have a significant impact on the result of the race.

It may not involve a ball like most mainstream sports, nor physical exertion in the way most people picture it (running, jumping, etc.), but this does not exclude NASCAR from the definition of a sport. Since NASCAR drivers compete in a sport and are paid for the services in doing so, they do count as professional athletes.

Pages Related to Do NASCAR Drivers Count As Professional Athletes?