In NASCAR Are The Cars Modified? 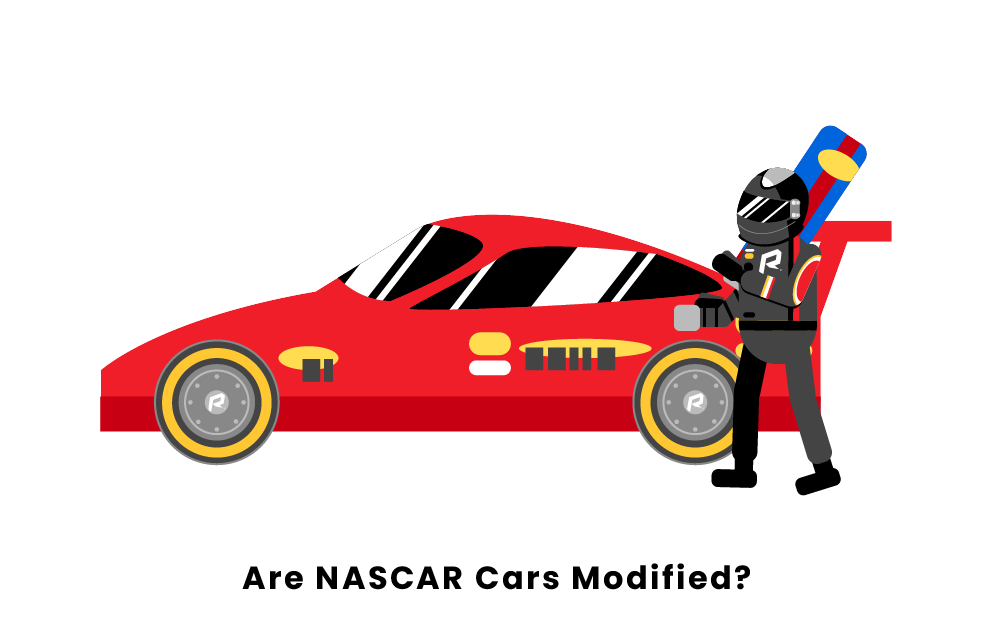 Modifications in NASCAR have become the norm, as they provide safety precautions and versatility based on the driver’s style.

While stock car racing and modifications became popular during the prohibition era, NASCAR only became officialized in 1948. When it first began, stock cars in NASCAR were just that; new cars straight from the factories with no modifications raced on dirt tracks. With the unmodified cars not being able to handle the rough terrain and abuse of the intense sporting events, NASCAR began allowing their contestants to modify their vehicles.

Modifications vary with cars based on the terrain and driver’s needs,

with many elements of a NASCAR car being homemade. The basics of the car always start with the frame, or the chassis.

This can be made on one’s own or ordered from a factory that crafts frames for stock car racing. The structure that takes up most of the frame is referred to as the roll cage, which surrounds the driver while they are racing. The frame and roll cage are conducted of steel tubing, with the tubing being thickest around the roll cage. The tubing around the roll cage is made to retain its shape even in the event of a crash, while the front and rear clips are structured with thinner tubing to collapse on impact.

When it comes to the body of the car, NASCAR teams have two different options. Short track cars are built for shorter distances without top speeds, with an emphasis on downforce to ensure clean and continual turns. Super speedway cars on the other hand, are made for longer races with top speeds, so reducing drag on the car is important in this design.

Engines are custom made for each car and are one of the most important components to a successful race. They are designed for high speed and intense power. Even the tires are atypical compared to the cars we drive day to day. Most teams fill the tires with nitrogen rather than air, which gives teams more control over tire pressure. Tracks over a mile long require tires to have inner liners, which ensures if the outer liner of the tire is destroyed,  the inner liner will give the driver enough control to come to a safe stop.

Safety is no joke in NASCAR. These powerful cars are able to reach more than 200 miles per hour on the speedway, with 750 horsepower under the hood. NASCAR has strict rules about modifications of vehicles, partially because they want to ensure the safety of their drivers to the best of their ability. Safety modifications include windshields made of lexan, a soft polycarbonate which will not shatter on impact. It is known to be used for windshields in fighter planes as well.

In 1994, NASCAR implemented roof flaps into their car designs, which prevents cars from becoming airborne or going over the track. These flaps open when they detect a lift in the car, and disrupt airflow to minimize the lift and slow down the car while it spins or rolls. Every year more modifications become legalized in the rule book so that drivers can attain peak performance and safety standards.

Pages Related to In NASCAR Are The Cars Modified?