How Would A NASCAR Car Perform On The Nurburgring? 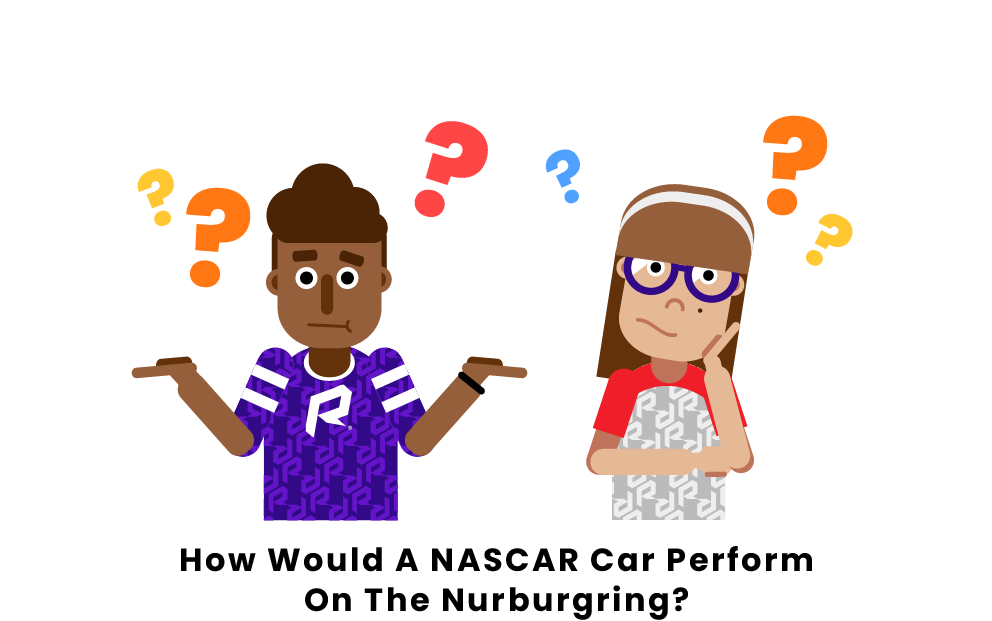 "How would a NASCAR car perform on the Nurburgring?" is an interesting question to be asked, and it has certainly been asked by many of those who are passionate about motorsport. However, for someone unfamiliar with NASCAR or the Nurburgring, it may seem like an oddly specific question. Therefore, let's start with some context.

The Nurburgring is one of the most notable motorsport complexes in the world. The complex is located in Germany, just under an hour from the city of Cologne, in the city of Nurburg. It has two different circuits, the first of which was founded in 1927, and the second in 1984.

While the "new" Nurburgring is certainly a well known track that has held many important races from different categories (including many memorable Formula 1 races), it is the original Nurburgring circuit that has brought attention to the track throughout history. That circuit is called the Nordschleife.

The Nordschleife became known because of its enormous length (12.9 miles), tricky turns (73 of them), major elevation changes, and overall danger. The track, which goes throughout the woods, was nicknamed "The Green Hell" by Sir Jackie Stewart, a Formula 1 legend, given the danger and the risks involved in driving through it. Most famously, the Nordschleife almost took the life of two-time Formula 1 Champion Nikki Lauda in 1976. After that incident, F1 moved away from the Nordschleife, which eventually led to the construction of a newer circuit.

Today, the Nordschleife is open to the public, and anyone with a valid driver's license can go for a spin in the "Green Hell". Nonetheless, Formula 1 doesn't race in it as it used to back in the day. And neither does NASCAR, which leads many people to wonder about how a NASCAR car would perform in it.

In essence, the Nurburgring and its Nordschleife are famous for being a tricky drive, too dangerous for today's major motorsport categories. Therefore, people wonder; how would a NASCAR car, one of the most prominent motorsport categories in the world, do on such a famously tricky track?

NASCAR at the Nurburgring

While there has never been a NASCAR race set at the Nurburgring, NASCAR cars have entered the Nordschleife before. That experience, combined with the very advanced driving and racing simulators used by drivers and enthusiasts today, can help us have an idea of how such a car would perform at the famous track.

First and foremost, it's important to keep in mind that the track in the Nurburgring is nowhere near the same as the tracks NASCAR cars are designed to drive. The many turns and difficult elevation changes are characteristics not present in NASCAR circuits. So it wouldn't be possible for a NASCAR car with its specs adjusted for a NASCAR race to jump right onto the asphalt in Germany. Several adjustments would have to be made to adapt the car to a track so unique as the Nordscheleife.

Still, even with such adjustments we can be sure of one thing, it wouldn't be easy to drive the NASCAR in the Nurburgring. It is a very heavy car, with not as much downforce as needed to go fast through the track's 73 treacherous corners, with lots of understeering and oversteering. Knowing that, it can be expected for the car to perform very poorly around corners, making it hard for even the best drivers. Particularly challenging would be the Karousell Corner, likely the track's most famous one. The corner is a long, inclined hairpin, with a very sharp angle, completely opposite to what NASCAR cars are used to.

The Nordscheleife was heavily criticized back in the day by experienced F1 drivers for being too dangerous to host F1 races. Formula 1 drivers at the time were used to driving on tracks with lots of corners and elevation changes, and it was already hard enough for them to master it. It would take a lot for NASCAR drivers, who are not used to track with such characteristics, to be able to drive their car as fast as they're used to, and eventually post a good lap time.

And speaking of lap times, it is hard to pinpoint exactly how long it would take a NASCAR car to drive through the 12.9 miles of the Nurburgring's Nordschleife. Based on simulators, it can be estimated that a NASCAR car would lap at around 7 minutes and 20 something seconds. Of course, that depends on who the driver in control with the car is. That time can be compared to the Mercedes AMG GT's 6 minutes and 43 seconds, the fastest street-legal car to lap the "Green Hell."

Pages Related to How Would A NASCAR Car Perform On The Nurburgring?