How Much Does It Cost To Field A One-Car NASCAR Team? 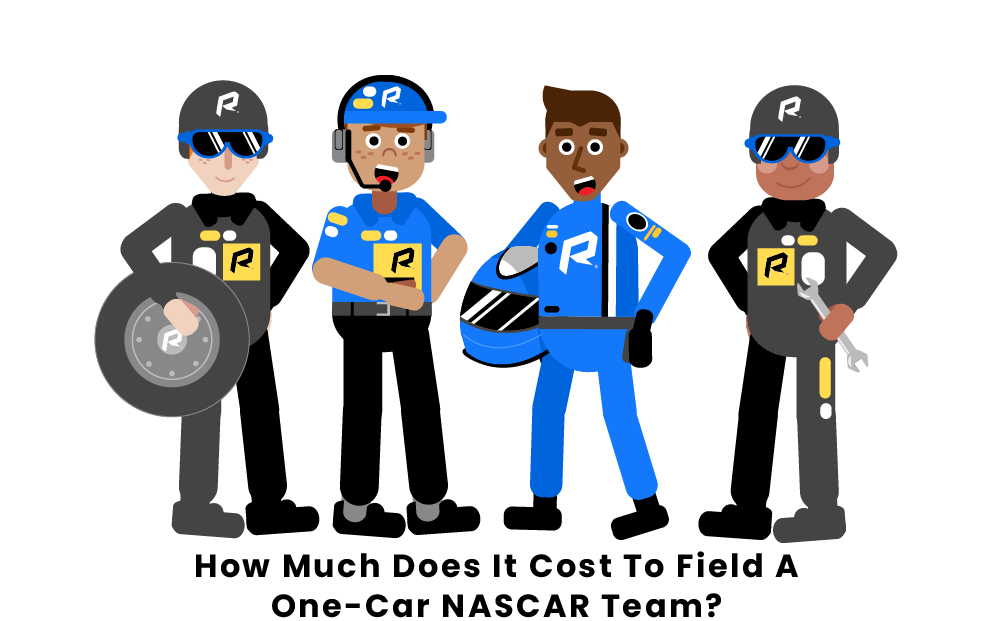 What Goes Into a One-Car NASCAR Team?

NASCAR teams are very unique and intertwined groups that have a lot of moving parts that allow for all of the drivers to compete at the highest level. While some people would assume that all one would have to do is pay the team fee, there are so many intricate pieces to a successful team that many people do not seem to realize.

It costs a lot to buy the specific parts that are needed for each vehicle, such as engines, tires, breaks, and fuel, and you also need to pay each member of the team fairly for what they are helping to do to the car everyday to give you a better chance of winning. Along with paying for parts, you also usually have to pay for your teams finances in regards to going to races and travelling around the country to compete. This can include hotel rooms, meals, and tickets as well. Think about having to bring your entire team together to multiple cities around the country sometimes multiple times per month. The costs will start to rise just from that fact alone!

Then you start to get to the major factor, the actual cars themselves. Some cars are able to last more than one race, although some of the cars do not if there were to be a crash or a fire in one of the vehicles. There are also other factors that cost money on race day including actually bringing all of the equipment and backup materials to a race, which usually will cost a lot in flight fees that the team will need to pay for. NASCAR is not a cheap sport.

What Are the Actual Costs of a One-Car NASCAR Team?

After figuring out what goes into a One-Car NASCAR Team, it's time to figure out how much these things will cost, how crucial they are to a specific team, and how in demand they are throughout the entire racing season and circuit.

Let's start off with the equipment first. The biggest issue with the equipment comes down to the fact that in NASCAR, the equipment is used at such a high level and for such a powerful vehicle that it usually does not last very long. That is why when it comes to tires, brakes, and fuel, they are usually bought more frequently due to the need for the equipment during race season. Some racing teams believe that they will use over 90 different sets of tires over an entire season! That is a lot of money spent on tires, which are estimated to cost around $45,000.

Along with all of the money that is constantly being set aside in order to pay for equipment, you also have to remember that these team members need to be paid and brought to events. Therefore, there needs to be money set aside for hotel rooms, food, and tickets for team members depending on how many are employed. Of course for the bigger teams, this would be way more expensive compared to a smaller team.

Then comes the biggest price of them all, the actual car itself. NASCAR vehicles can make or break a driver's season depending on how it drives. The cars are crucial to the chances of a driver's success, and many of the people employed on a NASCAR team are there specifically to help out with any issues with the car, and to improve the performance. For a NASCAR Cup Series vehicle that is going to allow you to compete at the highest level with little to no issues, it is estimated that it will cost a team around $125,000-$150,000.

Although that is the estimated cost for one car, imagine having to have a lot of different cars throughout the entire season. One crash, one failure, or one fire, and that car is completely unusable in a competitive setting and will require the team to have to try and make another car ready in time for the next race. It just goes back to the fact that NASCAR teams are very expensive because due to the lack of longevity of the cars in the sport, teams always need to be on duty, as they are crucial to the success of the sport.

Pages Related to How Much Does It Cost To Field A One-Car NASCAR Team?