How Much Do NASCAR Tickets Cost? 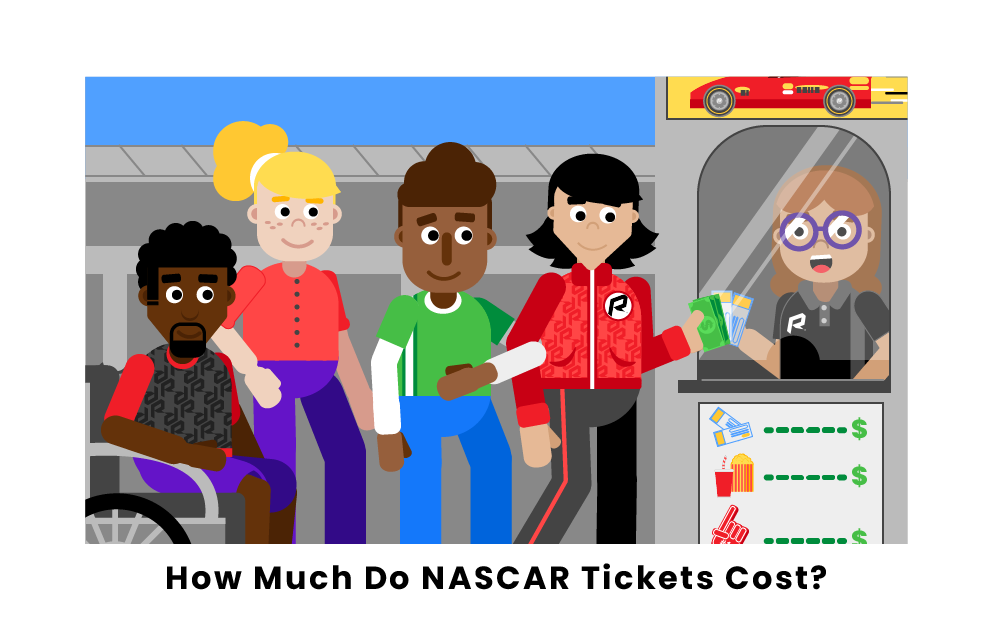 NASCAR is a popular pastime for many sports fans in the American South and beyond, but how much do tickets for a NASCAR race cost? Like other stock car races around the world, NASCAR events draw in large crowds due to the unmatchable excitement of watching fast cars race loudly around the track. In fact, NASCAR itself is undoubtedly the most lucrative and popular stock car franchise in the world. With that in mind, it makes sense that NASCAR tickets would be some of the most sought-after racing tickets. Here is a breakdown of how much they cost.

NASCAR Cup Races are run in dozens of locations throughout the year, with 36 races being scheduled each season, running weekly from February to August. Depending upon the size of the race and its location, NASCAR tickets can range from relatively inexpensive to moderately expensive to even quite expensive. In general, the average cost for a ticket to attend a NASCAR Cup Race will range from $30 to $120. Races in the Xfinity Series will generally sell for $25 to $50.

At the more prominent NASCAR races, tickets will begin to rise to more expensive levels. In general, a good seat at most NASCAR Cup Races will cost anywhere from $100 to $150, but for very important races, these costs can rise to over $1,000, and occasionally even to prices as high as $5,000 or more.

As with other stadium sports, NASCAR tickets will cost different amounts depending upon where you are sitting. Somewhat unintuitively, NASCAR tickets actually tend to cost more the higher one sits in the stadium, as opposed to other sports like football or basketball. This is because higher seats in NASCAR actually afford better views than other sports, in large part because viewers can see the entire racetrack more easily. However, for those who enjoy NASCAR for the sound and feel of the cars racing by, a lower-level seat may be a great option, in addition to being cheaper. Lower seats in a NASCAR race do, however, come with a slight increase in danger due to the potential of a car crash impacting the protective fencing near the seats. However, this is very rare, and recent improvements in fencing technology have made dangerous crashes like these even more uncommon than they already were. In general, NASCAR seats will cost more if they are located closer to the starting/finishing line of the racetrack.

Without a doubt, the most-prized tickets in all of NASCAR are tickets to the biggest race in the sport, the Daytona 500, which serves as the kickoff to the NASCAR racing season. Held every February at the Daytona International Speedway in Daytona Beach, Florida, the Daytona 500 is a 200-lap, 500-mile-long NASCAR Race that is widely considered the most exclusive and important race in the sport. For years, the Daytona 500 has drawn in thousands of loyal fans, and as such, tickets for the event are highly sought-after.

Starting prices for tickets to the Daytona 500 are around $100 to $110, with the average cost of a ticket to the race coming in at $209. However, because attendance at the event often includes travel and other accommodations, many sites offer ticket packages to the race that include hotel rooms, travel to the race, and other accessories such as food and souvenirs. These ticket packages can range in price from $700 per person to as high as $2220 per person, depending upon the perks involved. Lower-priced packages offer fans one-day access to the University of Northern Ohio (UNOH) FanZone, which offers fans the ability to meet famous drivers and see the participating race cars prepare for the big race. More expensive packages will offer longer stays, greater access to fan events, and even food plans.

With relatively low ticket prices, NASCAR is one of the most accessible professional sports today, with a number of options available to fans who want to see an exciting race without spending too much money. While all NASCAR races offer the same visual excitement, some fans may also be willing to spend more money to attend more important races and access fan events that make the NASCAR experience more memorable.

How much does it cost to go to a NASCAR race?

Most NASCAR tickets cost $120 or less. Including the cost of travel, lodging, food, and souvenirs, it can cost over $800 for one person to attend a NASCAR race weekend. Lodging can be one of the biggest expenses of going to a NASCAR race. A great way to alleviate the cost is camping nearby or in the infield of the track.

How much are VIP NASCAR tickets?

VIP tickets to a NASCAR race are quite expensive and usually cost anywhere from $1,000 to $7,000 per person. These tickets typically come in packages that include other perks such as club-level access and complimentary meals. For example, the High Banks Platinum VIP Package at the Daytona 500, which costs $6,500, gives you access to club suites and victory lane after the race. While these tickets are expensive, they offer once in a lifetime opportunities and access to exclusive areas, making them well worth the money.

How early should I go to a NASCAR race?

You should go to a NASCAR race three hours early. There are typically free (and sometimes premium) fan events and activities, including driver meetings. This will give you time to park, beat traffic, pick up earplugs, rent a scanner, and buy exclusive merchandise from the haulers that each team parks outside the race. Lines for merchandise, food, and beverage are long at NASCAR races, so getting there early allows you to get everything you need and get to your seat in plenty of time.

Pages Related to How Much Do NASCAR Tickets Cost?