How Much Do NASCAR Drivers earn in F3 and DTM? 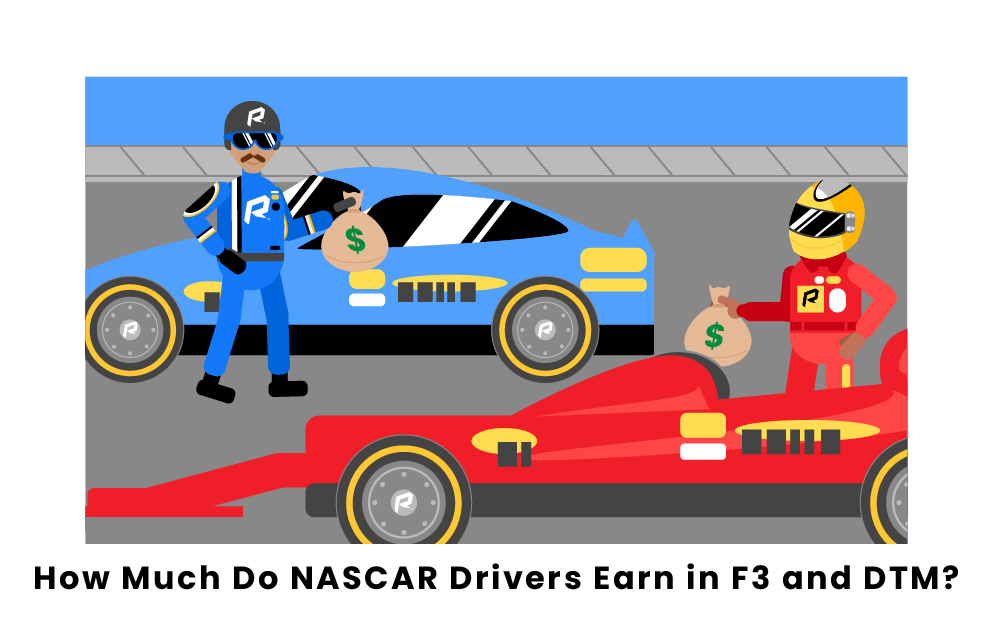 Driver Salaries in F3 and DTM

Have you ever wondered what a NASCAR driver’s options are if they decide to race elsewhere? For example, if a NASCAR driver moves to the F3 or DTM series, they can earn a salary of up to €1 million. Like all racing series, salaries rise with success and experience, so starting salaries are closer to €50,000 or €100,000, depending on the team or the series. Keep reading to find out more about the salaries in the lower classes of European circuit racing.

Before F3 can be introduced, you must first have a basic knowledge of F1. Formula 1 racing (or F1) is the highest class of international open-wheel circuit racing in the world. Since there are many races in each season, and because drivers come from all different parts of the world, the sport is extremely popular worldwide. Many young racers dream of racing in F1, but there are other levels they must pass through to get there. The entry level for Formula racing is Formula 3, or F3. F3 is the third-tier level of Formula racing. Just like minor leagues in other sports, F3 is viewed as a racer’s first step towards a potential future in F1.

How Much are F3 Drivers Paid?

F3 drivers are paid between €200 and €500 per day, with a total salary between €80,000 and €200,000 per year. Drivers also earn money through personal sponsorships. Success in F3 can lead to a spot in F2 or even a direct advancement to F1, although this is very rare.

F3 can be a lower paying-start to a career but can turn out to be a prosperous investment if one makes it to the F1 level, where most racers earn millions of dollars for their races. Lewis Hamilton, who is currently the highest paid F1 racer with a salary of £32 million in 2022, began his career racing in F3.

DTM refers to the Deutsche Tourenwagen Masters (also called German Touring Car Masters), which is a car racing series based mainly in Germany. DTM is similar to the structure of F1 and NASCAR but does not have the popularity or fan outreach that those racing classes do. Currently, the DTM is mainly used by young drivers in an attempt to start their careers in racing as an alternative to other low-level affiliations such as F3.

How Much are DTM Drivers Paid?

Similar to F3, entry-level DTM drivers can expect a starting salary below €$100,000. However, the highest-paid DTM drivers make €1 million per year, which is the salary cap in the series. The best drivers earn even more on top of that, taking home additional prize money, bonuses, and compensation from endorsement deals.

How can F3 drivers make money?

F3 drivers receive salaries and earn money through personal sponsorships. Affiliating with a team can help them make money by appearing in promotional activities representing the team, whether through public appearances or media and advertisements. There are many methods for F3 racers to promote their racing careers while also earning money for doing so.

What is a pay driver?

A pay driver is a person who is able to participate in professional races by either opting to race for free or by paying a team to let them race. The team can then use this money to further fund their operations. Pay drivers are prominent in the lower levels of professional racing, specifically in F2 and F3. However, there are fewer pay drivers at the higher levels, and they typically do not perform well compared to other racers.

Why are some drivers opting to race in the DTM instead of F3?

Some drivers prefer to drive in DTM instead of F3 because the races are closer together. While the Formula 3 schedule features tracks around the globe, all DTM races are in Western Europe, with most in Germany. Additionally, salaries have a higher ceiling in DTM than in F3, which may entice some drivers.

Pages Related to How Much Do NASCAR Drivers earn in F3 and DTM?