How Many People Have Died During NASCAR Races? 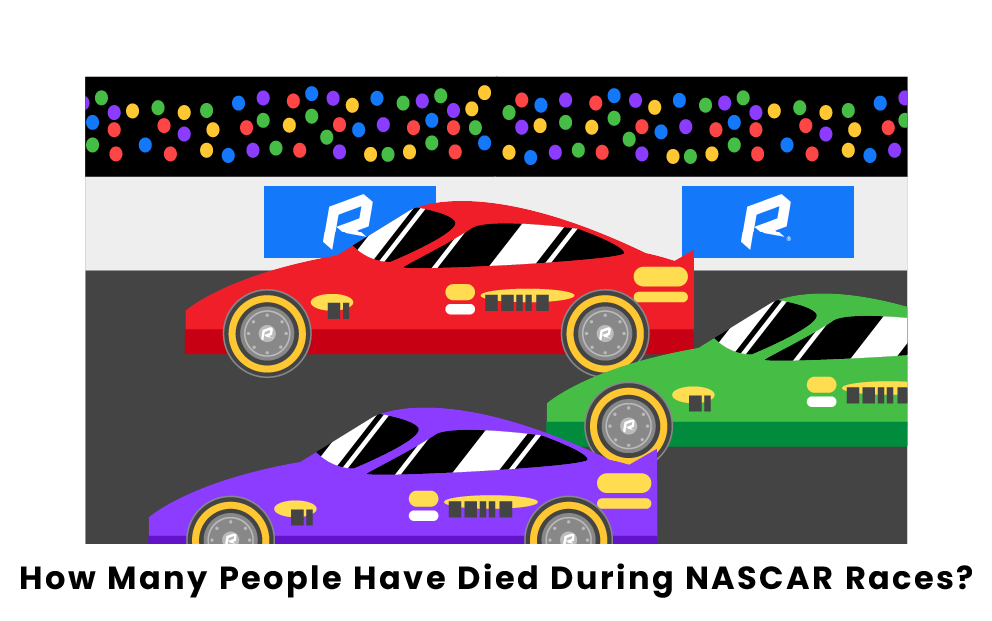 NASCAR is one of the most exciting sports in the United States. It brings excitement and thrills to fans of all ages as cars travel at extremely fast speeds and test the limits of what can be done in a car. A NASCAR race car can reach 200 miles an hour and accelerate from 0 to 90 miles per hour in as quickly as three seconds. It is truly remarkable how fast these cars go, and drivers take incredible risks during races.

Unfortunately, with these limits being tested, some tragedies have occurred. NASCAR is currently on its longest streak without a fatality. However, the sport has still seen 29 driver deaths in its Cup Series’s long history. Although there have been numerous fan injuries, there has only been one fan death recorded, and it was in the early years of the sport.

The total list of drivers who have died in NASCAR Cup Series history, and the dates on which they were killed, is:

While every NASCAR driver death is a tragedy, some have shaken the sport more than others. Below, we take a look at four of the most impactful and memorable instances of driver fatalities in the history of NASCAR:

Weatherly was known as one of the greatest showmen in the sport during the time when he was racing, which made his death all the more tragic. The backstory of his death started when he was racing and his engine blew. His car was up in flames as he crossed the finish line. This spooked the normally very confident driver, and he later refused to use a window net or shoulder harness as he was scared of being stuck in a burning car. This proved to cost him his life, as in another race, he struck a wall and passed instantly.

Petty was a fourth-generation NASCAR driver. He was the son of Kyle Petty, grandson of Richard Petty, and the great-grandson of Lee Petty, who was one of the very first NASCAR drivers. Petty’s passing came in 2000 during practice rounds at the New Hampshire Motor Speedway in 2000. He was 19 years old when the tragedy occurred.

Kenny Irwin Jr. had a very bright future ahead of him. The racer was racing in a junior league by the time he was in second grade and began racing in the IMSA American Challenge Stock Car Series when he was only a teenager. Irwin Jr. had all the hype in the world surrounding him, as people were comparing him to superstar Jeff Gordon.  Unfortunately, he was never given the opportunity to live up to his hype, as he tragically passed away during a practice session at the New Hampshire Motor Speedway.

The passing of Dale Earnhardt hit the NASCAR community extremely hard. It stunned not only the NASCAR world, but the entire sports community as a whole. Earnhardt’s death came at the Daytona 500, which is considered to be the Super Bowl of stock car racing. The tragedy happened on the last lap as he was battling for the top spot. Racer Ken Schrader tapped the rear of Earnhardt's car, which caused it to make a hard turn into the wall. Schrader was able to escape his vehicle in time, but Earnhardt tragically passed away from the impact of hitting the wall.

The legacy of Dale Earnhardt has not been forgotten. The achievements he had while alive were incredible. As difficult as Earnhardt’s death was for the sports world, it has made the sport of NASCAR far safer and a much better experience. In 2001, NASCAR mandated the use of head-and-neck restraining (HANS) devices. They also began requiring the use of SAFER barriers at the top of race tracks. These walls are made of foam, and they move upon impact, dissipate energy, and reduce the force exerted on the driver.

The changes that were made since Earnhardt’s death have proved to be extremely successful, as there has not been one fatality since the tragedy. Ryan Newman had a terrifying collision that appeared to be almost identical to the one Earnhardt had in 2020. However, with the new safety measures that were in place, Newman walked out of the hospital less than 48 hours after the tragedy.

How many NASCAR drivers have died?

A total of 29 NASCAR drivers have died behind the wheel. The first driver to die was Larry Mann. He crashed and died at Langhorne Speedway, an infamously dangerous early NASCAR track in Pennsylvania. The most recent driver to die was Dale Earnhardt in 2001. Since his death, safety improvements have prevented further fatalities.

Like any motorsport, NASCAR is dangerous. However, safety measures have improved greatly, and now the sport is much safer for drivers and fans than in the early days. Cars offer superior crash protection, and tracks feature barriers to keep spectators safe. Nonetheless, NASCAR drivers are always aware of the danger, and you will often see them kissing their families before getting in their race cars.

What safety equipment do drivers use in NASCAR?

NASCAR drivers utilize a variety of safety equipment to protect themselves and prevent injury or death while racing. All NASCAR vehicles make use of roll cages that are specifically designed to prevent cars from being crushed in rollover accidents, thus keeping driver’s safe. NASCAR seats have complex harnesses that keep drivers secure while racing, and wear helmets to protect their heads, as well as fireproof uniforms. Like Formula 1, NASCAR drivers also use the HANS (Head and Neck Support) System, a device meant to reduce head and neck injuries.

Pages Related to How Many People Have Died During NASCAR Races?