How Long Is A NASCAR Race? 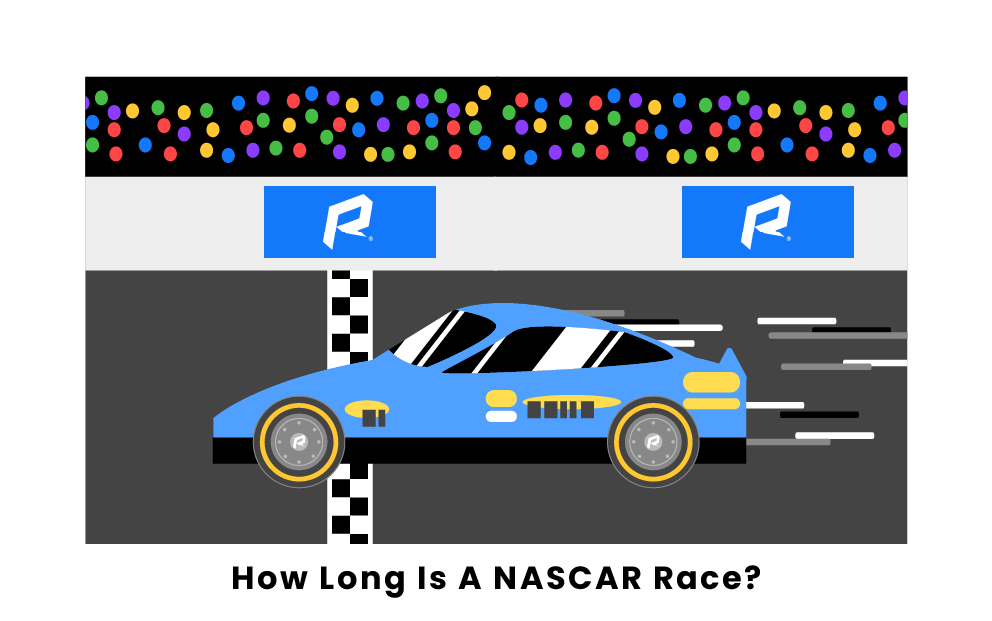 NASCAR races vary greatly in length. NASCAR races are different lengths depending on the type of race, the track at which they occur, and the number of laps in the race.

NASCAR races take place at various race tracks across the United States, with new tracks added to the schedule every year. Each NASCAR race track is slightly different, varying in length, surface, configuration, and banking. Even race tracks with the same length have some differences, which is very important for NASCAR drivers and teams to consider when devising their race strategy. NASCAR race tracks fall into four length categories; short track, intermediate, road course, and superspeedway. Within those categories, there are still differences depending on the race tracks.

Short tracks are the most traditional type of NASCAR track. Of the 39 total race tracks that span different NASCAR series, nine are classified as short tracks. Short tracks are all less than a mile in length, with most of them closer to half a mile. These short track races are built to be faster, more exciting, and shorter in terms of the total amount of hours watching. These styles of races have gained popularity in recent years, especially as NASCAR struggles to keep its viewers.

As the least common type of race for NASCAR, road courses are growing in popularity, with more added to the schedule in recent years. The most well-known of these are Sonoma in California and Watkins Glen in New York. Most of these races aren’t on actual roads; instead, they take place at purpose-built race courses used for other racing series. Road races for NASCAR are more like Formula One races in that they have left and right turns.

Intermediate race tracks are the most common type of NASCAR race track. Intermediate tracks have some variance, but they are all around 1.5 miles in length and designed in the form of a regular or irregular oval. These tracks are best suited for all-around NASCAR drivers. They have the combination of speed of a short track with the long distance stamina of a superspeedway race. Popular intermediate tracks include Homestead and Concord.

The shortest NASCAR race is the Busch Light Clash at the Coliseum. The exhibition race consists of 150 laps around the specially constructed quarter-mile dirt track, for a total length of just over 37 miles. Joey won the inaugural edition of this exciting race held in the heart of Los Angeles on February 6, 2022.

The longest NASCAR race ever was the 2022 running of the Coca-Cola 600 at Charlotte Motor Speedway in Plymouth, Wisconsin. Even though the scheduled length of the race is only 600 miles, multiple wrecks happened after the 398th lap, bringing out several cautions and forcing an overtime finish. After the overtime laps were completed, the total length of the race was 619.5 miles.

Another factor that affects the length of a NASCAR race is the length of each stage. Most NASCAR races are divided into three segments called stages. The first two stages are typically the same length, with the third and final stage often being twice as long as each of the first two stages. For example, at Bristol, there are three stages. It varies year to year but common stage lengths are 125-125-250. That is, the first and second stage will each be 125 laps and the third will be 250 laps. What this means is that there will be two scheduled pauses in racing action. At the end of each stage, points are awarded to the top ten positions and racing temporarily stops, as signaled by waving a yellow flag.

The Daytona 500 is the most popular NASCAR race, with over ten million viewers in most years. This event, held yearly, is a perfect example of a superspeedway race. The Daytona International Speedway, where the race is held, measures 2.5 miles around. The total number of laps in the Daytona 500 is 200 laps. If you multiply 2.5 miles by 200 laps, you get 500, the number of miles of the Daytona 500. Since the drivers in NASCAR approach speeds of 200 MPH, you would think that the Daytona 500 should take about 2.5 hours. This is not the case, as drivers are not always going at 200 miles per hour. With pit stops, crashes, and weather all being factors, the Daytona 500 actually takes about three and a half hours to complete, with the duration varying slightly every year. The mileage of the Daytona 500 is not the rule for all NASCAR races, but since it’s the most popular race in the NASCAR Cup Series, it is a good race for beginning NASCAR fans to watch and enjoy.

How long does a NASCAR race last in hours?

A NASCAR race can vary greatly in timing. The different factors that affect the length of a NASCAR race are the race track, the stages, the speed of the drivers, the weather, and so much more. The longest races, at superspeedways, are over two miles long and involve a few hundred laps. Something like that should take just over three hours. However, so many other factors will impact the speed of a race, such as crashes, pit stops, and weather delays.

How many miles is the Daytona 500?

The mileage of the Daytona 500 is right in the name, 500 miles. This comes from a 2.5 mile long track and 200 laps to that race. If you multiply 2.5 by 200, you get 500, the total mileage of the Daytona 500 race. Racers usually complete the five hundred mile race in about three and a half hours. Being in the car for that long can be quite exhausting but it is very worth the reward to the drivers who complete the course and win.

How many laps do NASCAR drivers do?

The amount of laps in a NASCAR race varies greatly. This depends on the type of race as well as the stages of the race. In longer races, the track is longer and the NASCAR racers go through more laps. Shorter races have fewer laps. On average a NASCAR racer will do anywhere from 100-200 laps in a race. However, there are differences outside of those numbers. Even at the same event, there can be multiple stages, leading to different numbers of laps at the same event.

What are the different kinds of NASCAR races?

Generally there are four kinds of NASCAR races. These four types are; road races, short track races, intermediate races, and superspeedway races. Short track races are the shortest, intermediate are in the middle, and superspeedway are the longest in terms of track length. Road races are unique because they don’t take place on the signature oval shape track of NASCAR but instead they are on a winding track, like the ones used in Formula 1 racing.

Pages Related to How Long Is A NASCAR Race?