How Does Qualifying In NASCAR Work? 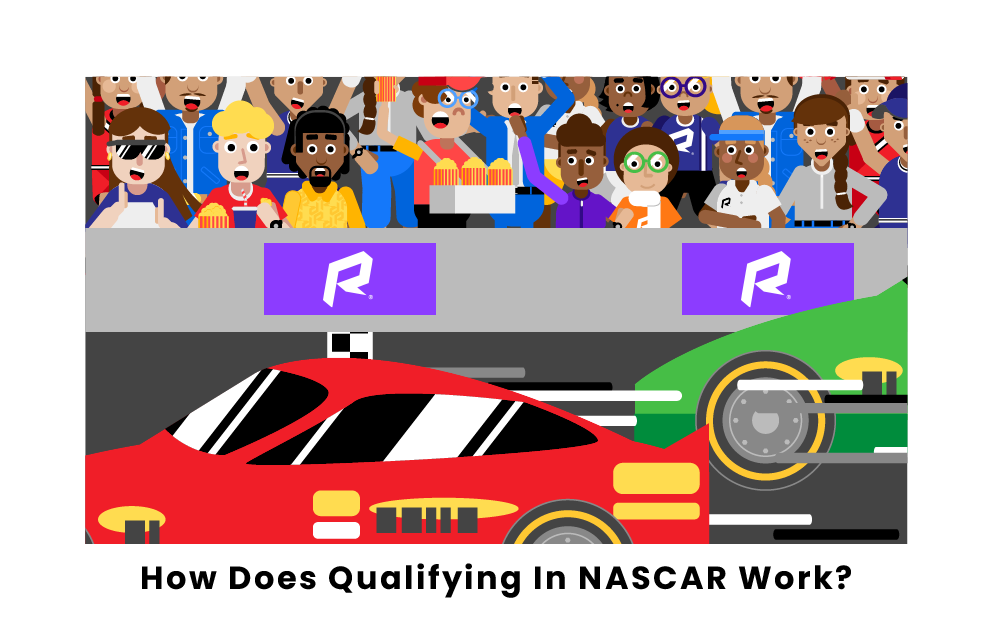 If you’re a NASCAR fan, you have probably seen a qualifying session on television in the days leading up to a race. Drivers attempt to set the best possible lap times in these sessions with the goal of achieving a favorable starting position in the main race. But have you ever wondered how qualifying in NASCAR works? Keep reading to find out the answer and learn about specific qualifying procedures for each track type.

Although the purpose of a driver participating in a qualifying session is officially to qualify for the race, most drivers are instead concerned with setting the fastest time and getting close to the coveted pole position (the first starting place). This is because, thanks to NASCAR’s charter system, the majority of drivers are, in fact, pre-qualified for every race.

A charter is a contract that entitles a car owner to an automatic starting position in each Cup Series race, regardless of the time their car sets in qualifying. Worth millions of dollars, charters can be bought, traded, sold, and even rescinded by NASCAR as a check against chronically underperforming teams. There are 40 starting positions in every race and 36 charters held by owners. Thus, any drivers without a chartered ride who wish to start in the race must compete for the remaining four starting positions during qualifying.

In a typical qualifying session, drivers are split into two groups, usually determined by odd-and-even finishing positions in the previous race. Then, one group at a time, each driver is sent out on the track by themselves and allowed to make one or two complete laps in an attempt to set the best qualifying time. Official qualifying times are measured by NASCAR as time around the track, down to the thousandth of a second. However, as shown on broadcasts and in the media, qualifying rankings typically express qualifying times as average speed over the qualifying lap, in miles per hour.

Oval tracks make up the majority of the NASCAR schedule; therefore, oval track qualifying procedures are the most common. In oval track qualifying, each of the two groups gets a 15-minute practice session, followed by a qualifying session in which each driver gets one complete lap to set their best time. The five fastest drivers from each group advance to a final qualifying session, in which each driver gets another attempt to set their fastest time in one lap.

The fastest driver in the final qualifying is awarded the pole position, with the slower times awarded second through 10th starting position, respectively. Positions 11-40 are determined by the times set during the initial qualifying.

The shortest ovals on the circuit (Martinsville, Richmond, Bristol, and Dover) give drivers two laps instead of one to set their best qualifying times. Superspeedways follow a similar format to normal ovals; only the first qualifying session takes place as one large group instead of two, with the fastest ten drivers overall advancing to the final qualifying.

Road courses, though rare in NASCAR, have taken up a larger portion of the sport’s schedule in recent seasons. Each of these long, winding tracks is unique, providing exciting and unusual challenges to stock car racers used to only turning left.

In a road course qualifying session, drivers are split into two groups, each of which receives a 20-minute practice session. Following the practice, the entire group is released onto the track at once, with each driver attempting to record the fastest lap during a timed 15-minute qualifying session. Like in oval track qualifying, the fastest five drivers from each group advance to a final 10-minute qualifying, which determines the top 10 starting positions.

How does NASCAR qualifying work?

NASCAR qualifying works by assigning starting positions for the race based on lap times during three qualifying sessions. During qualifying, cars take turns making a solo lap around the track. The first two sessions each feature half of the field, and the best five finishers from both advance to the third round. The final round determines the top ten starting positions, and the remaining positions are filled based on times set during the first and second sessions.

Is qualifying a race in NASCAR?

Qualifying is not a race in NASCAR; it is a solo competition to set the fastest time. In a typical NASCAR qualifying session, cars take turns attempting a lap with no other cars on the track, similar to a time trial. However, the Daytona 500 is a notable exception with two heat races (the Duels at Daytona) determining the starting order for the main race.

What determines your starting position in NASCAR?

Pages Related to How Does Qualifying In NASCAR Work?