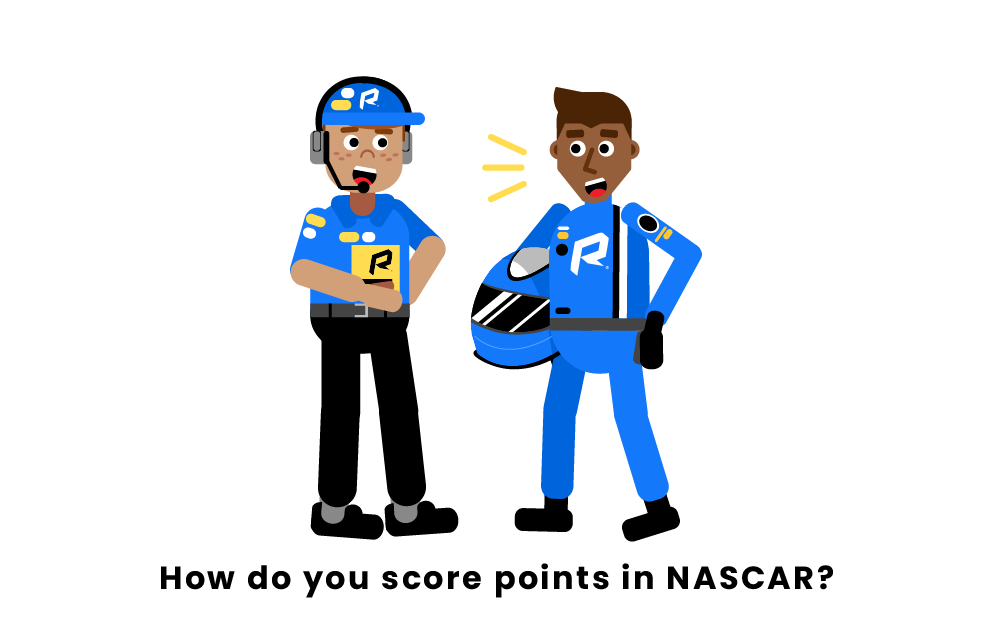 Scoring points across a NASCAR race and a NASCAR season is what leads a driver to a championship. The way to do so changed in 2016 from its previous form, eliminating some elements and adding others. The new scoring system allows points to be scored in many different forms that accumulate as the season goes on.

In the regular season, the points earned are used as a tiebreaker to enter the playoffs. Also, the highest point earners without a win will fill any remaining open playoff spots. In the playoffs, the bonus points are added and as the rounds go by (Round of 16, Round of 12, Round of eight and so on) the point totals have the same purpose. The highest point earners without a win to advance to the next round.

There are multiple ways in which a driver can score a point. Here are the ways to score points in NASCAR:

A driver receives a point total based on where he finishes by the end of the race out of the 40 drivers. The winner receives 40 points and the last driver in 40th place will receive just one point. The point totals in between vary by position starting with 35 points for second and going down to one point for drivers 36th through 40th. The exact point distribution is shown below:

A NASCAR race is broken into three parts or stages. The first stage is about the first quarter of the race, the second stage marks the halfway point of the race, and the final stage is the rest of the race. The length of each stage varies based on the track at which the race takes place that week. A driver will receive points for finishing in the top 10 of each of the first two stages starting with 10 points for the driver in first down to one point for the driver in tenth.

16 drivers move on to the playoffs in NASCAR after the first 26 races have taken place. The top 10 out of these drivers receive bonus points for their performance throughout the season. The regular season winner will receive 15 bonus points down to one bonus point for the driver in 10th place at the beginning of the postseason. These points carry over throughout the playoffs even though each driver has their points reset at the beginning of each round.

A driver will receive bonus points that carry over through each playoff round for a race win (5 points) and a stage win (1 point). Regular season point totals are reset after the 26 race season concludes and the 10 race playoff begins. The bonus playoff points stay with each driver and are added to the total once the playoffs begin. They stay with the drivers no matter the playoff round and no matter the ensuing point resets. Each driver starts each playoff round with the same amount of points except for their added bonus points.