How Do NASCAR Mechanics Avoid Cross Thread And Over Torque On The Tire Lugs? 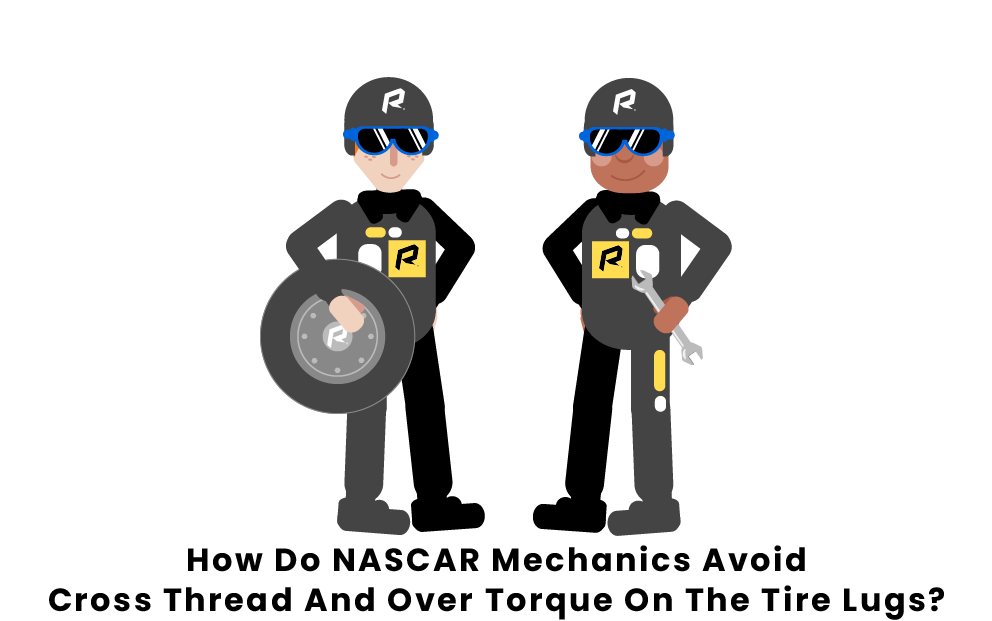 NASCAR mechanics are essential to any NASCAR racer's team, and they work hard to make sure the cars, and the racers, remain in good health during their races. But how exactly do they do that? Keep reading to find out!

The Role of Mechanics

NASCAR mechanics play an essential role in the upkeep and maintenance of a car. Besides preparing the car and its engine prior to the race, mechanics play an integral role in replacing tires, checking the engine, and reloading fuel during a racer's pitstop. Drivers come off the track and into a pit stop four to a dozen times a race depending on the length of the race and how the car runs during the race. One of the key components to the pit stop is the replacement of tires. Because cars are traveling hundreds of miles during a race, tire wear occurs frequently so it's important that mechanics replace a car's tires in an effective and timely manner. However, because the mechanics are attempting to complete the tire change fast, there could be a strong chance that they over-torque the tire lugs or cross-thread of the bolts could occur. 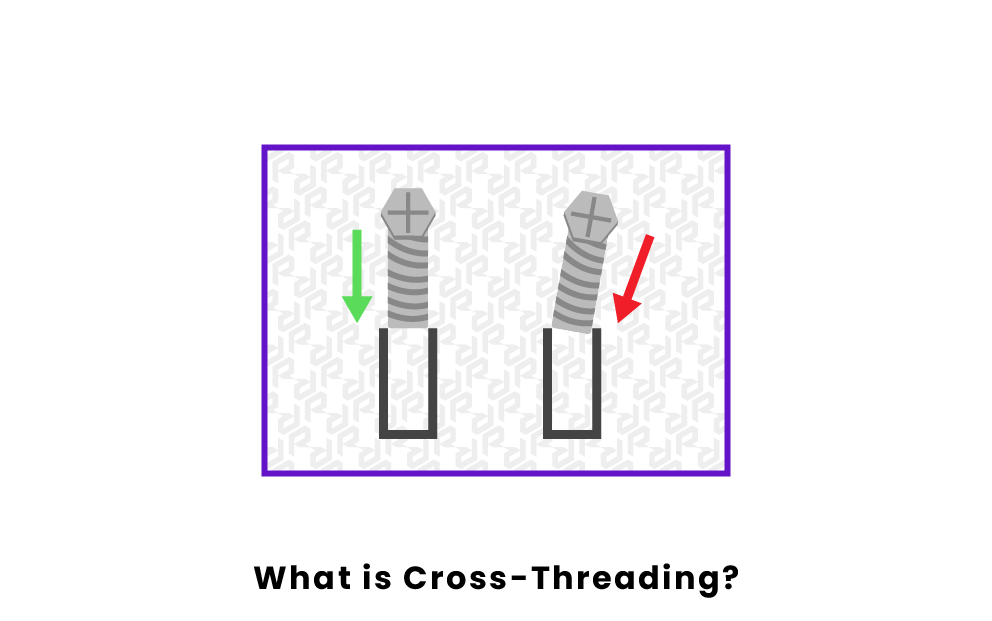 Nuts and bolts are essentially wedges around a cylinder which force parts of the wheel together. The nut and bolt diameter and thread pitch need to match and thread together at the right angle, or they cross threads. Cross-threads can't hold proper torque needed to power a NASCAR car or they could create extra noise and vibration in the tires. Cross-threads typically occur in one of three ways.

First, there could be a mismatched thread pitch between the wheel and the nut or bolt. Mismatched pieces will cut new and damaging threads into the bolt. Second, cross-threading can occur because the mechanic put the bolt in at a wrong angle. A nut or bolt needs to threaded along its axis of rotation or new threads will be cut into both pieces which can cause severe damage. Finally, debris like rust or dirt in addition to strong impact or abrasion can interfere and damage the wheel.

How to Prevent Cross Threading on the Tire Lugs 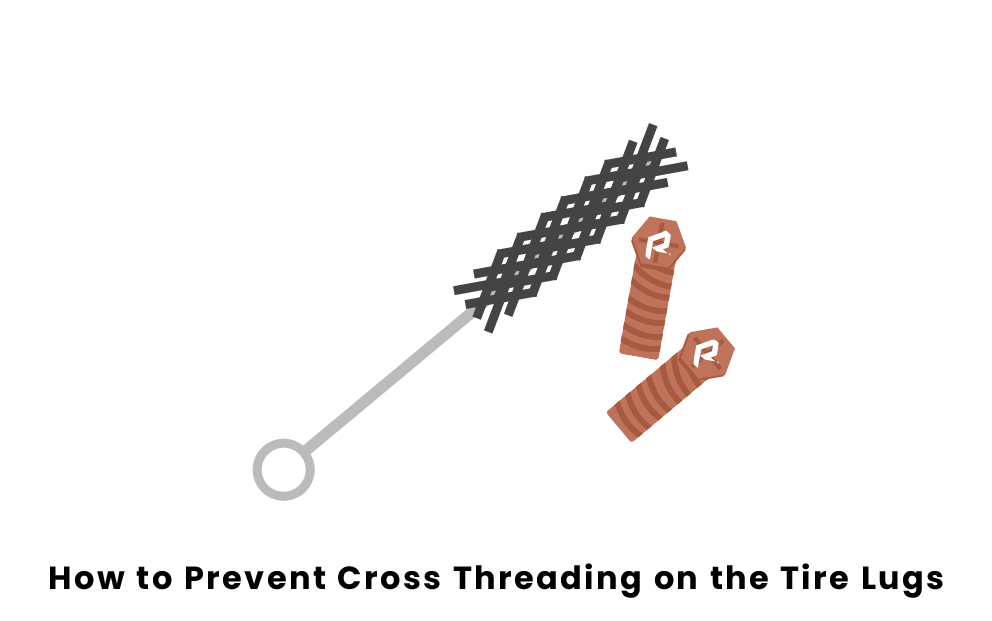 There are many ways to prevent cross-thread from happening, depending on what the situation calls for. The most common preventative measures include cleaning the threads thoroughly by using a wire brush and spray solvent and then letting the lugs dry. This will prevent debris and rust from getting in between the threads. In addition, repairing threads using special tools like a thread file can prevent mismatched thread patterns.

Next, it's important to recognize when a nut or bolt should be replaced to prevent further damage to the wheels. It is also important that a mechanic aligns the bolts in a proper way before they are drilled in. This can be done using a drift punch or dowel pins. Additionally, experienced mechanics recommend you thread all bolts by hand until they are flush because over- or under-tightening one bolt could misconfigure the entire wheel. 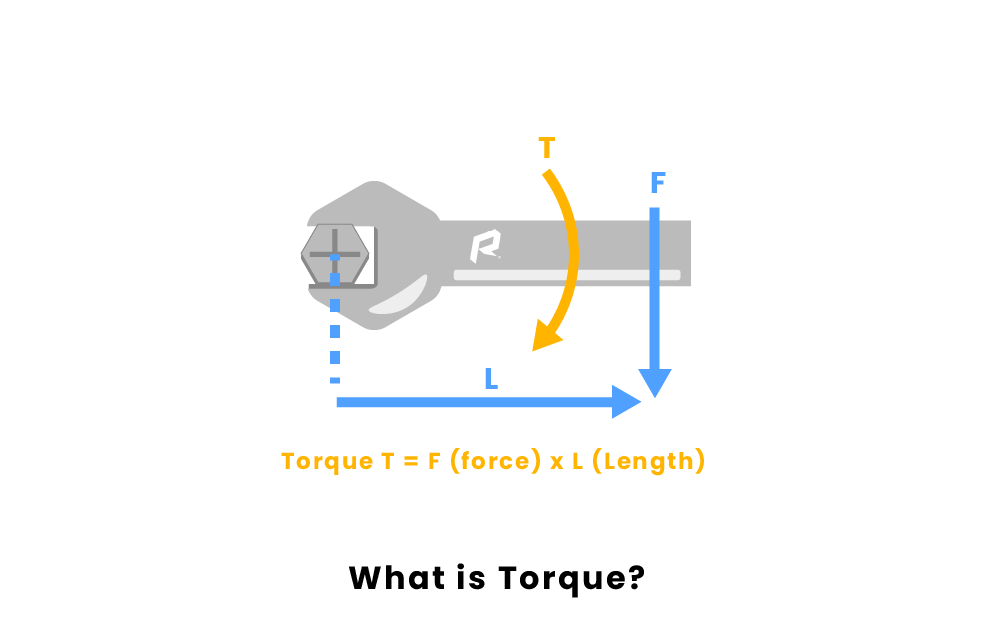 Torque is a measure of force that can cause an object to rotate about its axis. In terms of NASCAR, torque is the force that keeps the nuts and bolts in place to keep the car together, which is vitally important during a race.

Consequences of Over Torque

Most mechanics utilize an elbow to tighten nuts and bolts onto the wheel but it is important that the tightness of the fastener be within a specific range. If the fastener is too tight, there is a risk that the tire can be compressed, bent, or damaged. Additionally, the bolt shank could be severed or the threads on the bolt may get stripped, which would give zero clamping force.

How to Prevent Over Torque on Tire Lugs

In order to maintain a NASCAR racer's tires during a race, the car's nuts and bolts must be torqued accurately. To prevent the loosening of the wheel, which may cause a collision or other maintenance issues, mechanics sometimes over torque the nuts and bolts on the wheel. However, the improper use of tools, like the impact gun that screws the nuts and bolts in place, can also result in a similarly dangerous situation. Over-torqued nuts and bolts can cause permanent damage to them. Too much force by the NASCAR mechanic can rip threaded fasteners off the wheel and cause the bolt itself to potentially crack and break.

A calibrate torque wrench is recommended to ensure an accurate torque measurement and to avoid over torquing the bolt. Even though at pit stops NASCAR mechanics are trying as fast as they can to repair the tires and get the driver back on the track (the average NASCAR pit stop lasts between fifteen and sixteen seconds), it is essential that the mechanics take their time in screwing on the bolts so they are not over-torqued.

What tools do NASCAR Mechanics use to prevent over-torque?

Many NASCAR mechanics use what's called an impact wrench or "thunder gun" to quickly and effectively screw on nuts and bolts to the wheel. The standard pit stop crew use ½ inch pneumatic impacts since they're lighter, faster, and electric. There is usually a nitrogen compressor to power the impact wrench because it is more stable in a wide array of conditions, which means there's less of a chance that the impact wrench will malfunction.

How many lug nuts are usually placed on a wheel?

Throughout most of the history of NASCAR, drivers have typically used a five lug nut approach when it comes to their tires. However, in 2021, NASCAR Vice President of Innovation John Probst says that NASCAR vehicles will switch to the single lug nut for fastening its tires and wheel assemblies because the durability of new wheels decreases by 30% with five lug nuts. Because the new lug nut will be retained in the socket, the practice of gluing the five lug nuts onto the wheel will become obsolete.

How often does a mechanic change tires during a race?

The speed and frequency of a mechanic pit stop is the difference between first, fifth, and maybe even last place. NASCAR drivers come off the track and into a pit stop up to a dozen times a race depending on the length of the race and how the car runs during the race. Every time there is a pit stop, the mechanics change the tires of the car, which they typically do at a pace of anywhere between fifteen and sixteen seconds, but the elite do it in under twelve seconds.

How much thread does a NASCAR lug need?

NASCAR lugs are mandated to be a solid, one-piece heavy duty ⅝ inch diameter with 18 threads per inch. However the lug nut itself is required to be one inch and a minimum of 0.65 inches thick. Previous pit stop teams in the past have been caught filing down the lug nuts so there's a fewer number of threads that need to catch, which allows the mechanics to put on the lugs at a much faster rate.

Pages Related to How Do NASCAR Mechanics Avoid Cross Thread And Over Torque On The Tire Lugs?