Has A Rookie Ever Won The Daytona 500? 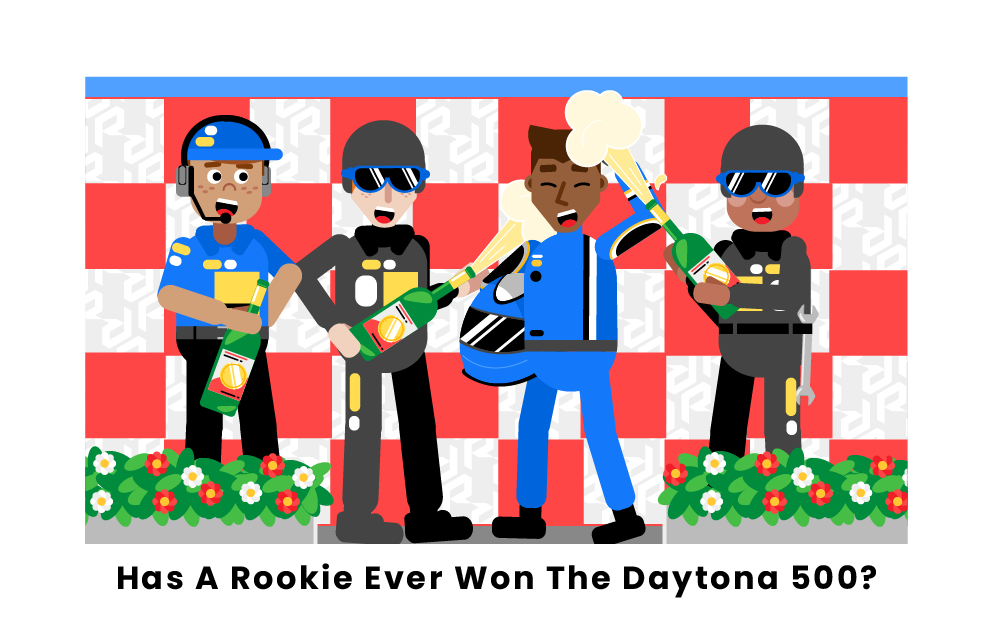 So you just finished watching the Daytona 500, NASCAR’s biggest race of the season. The winner celebrated in Victory Lane with their crew, toasting the achievement of every driver’s dream: a Daytona 500 win. Even some of the most talented NASCAR stars spend their whole careers chasing that dream, yet never seeing it come true. But are you wondering, has a rookie ever won the Daytona 500? Keep reading to find out!

How Many Rookies Have Won the Daytona 500?

Only two rookies have ever won the Daytona 500: Trevor Bayne and Austin Cindric. Most rookies in the NASCAR Cup Series are content to simply finish most of the races on the schedule and achieve a decent standing in the driver points. This is because the level of driver skill and caliber of competition is so much higher than in NASCAR’s lower tiers, the Xfinity and Truck Series.

Trevor Bayne’s 2011 Daytona 500 victory as a rookie is even more remarkable because it was his only win across his 187 Cup Series starts. He fended off Carl Edwards in the final two laps after Dale Earnhardt Jr. crashed, prompting an overtime finish. This was only Bayne’s second start in the Cup Series, as the previous season, he had run a full schedule in the Nationwide (now Xfinity) Series for Wood Brothers Racing, pulling a one-off stint behind the wheel of their Cup Series car for the 2010 Texas 500. Having turned 20 only a few days prior, Bayne set the record for the youngest driver to win the Daytona 500. He overturned Jeff Gordon’s previous record, which had been set at the age of 25.

On February 20, 2022, history was made once again when Austin Cindric became only the second rookie ever to win the Daytona 500. A promising young star, he had won the Xfinity Series Championship in 2020 and was Team Penske’s newest addition, moving to the No. 2 Ford and making his Cup Series debut at the 2022 Daytona 500.

In another exciting overtime finish, Cindric put the block on fellow Team Penske teammate Ryan Blaney, then outran second-place finisher Bubba Wallace to the checkered flag. As Cindric had never started a Cup Series race before, his win set a NASCAR record for the fewest number of starts by a driver before their first victory, taking home the trophy in his first race. This is also a Daytona 500 record, as no other driver has won the race in their first Cup Series outing.

Since its first running in 1959, the Daytona 500 has been the most important race in NASCAR. It has been scheduled as the first race of the season every year since 1982. The Daytona is the biggest of NASCAR’s four “Crown Jewel'' races. The other three are the Geico 500 at Talladega Superspeedway, the Coca-Cola 600 at Charlotte Motor Speedway, and the Cook Out Southern 500 at Darlington Raceway.

Pages Related to Has A Rookie Ever Won The Daytona 500?