Do NASCAR Drivers Use Their Brakes? 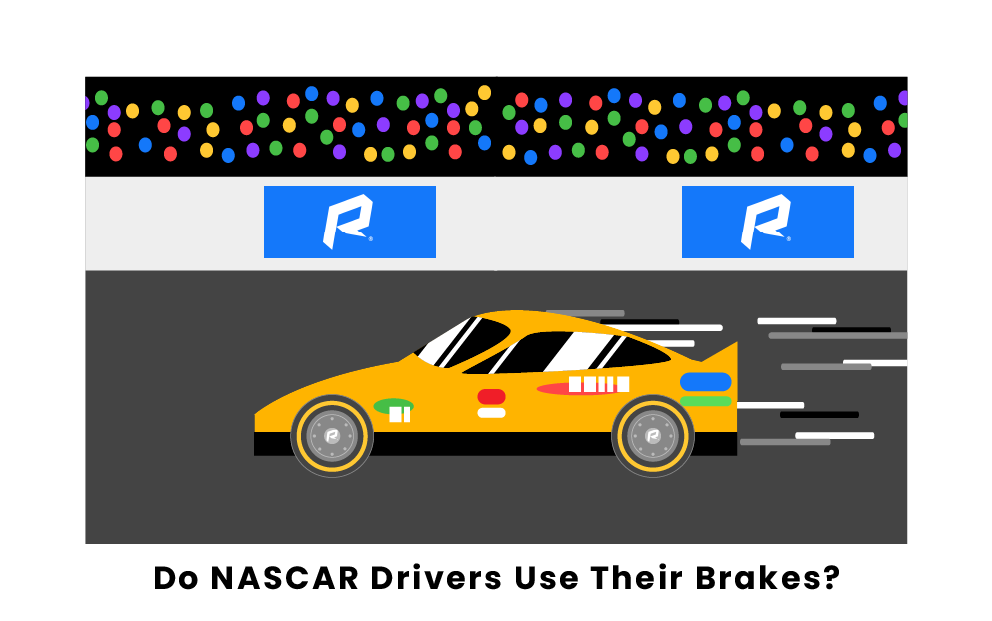 What Are Car Brakes?

In NASCAR all of the cars are going at very high speeds. So as you can imagine, when going at a high speed over 200 miles/hour, you have to slow down! However, they don't actually slow down too much. The way to slow down is by using the brakes. In regular cars, most sets of brakes are either drum or disc brakes. Car brakes do not work like bikes or even "foot" brakes. They work through a much more mechanical and complicated system. This system is known as the hydraulic system.

The system functions through a series of circuits and other mechanics. When the brake pedal is pressed, the brake fluid distributes itself evenly around the system, thus, slowing the vehicle down. Car brakes operate best when the brake pedal is not pressed intensely. For example, when going 60 miles an hour, you jam the breaks. Doing this may cause the rear wheels to lock up making it much more difficult to to handle the vehicle. Jamming the brakes is really just something to avoid in general. One purpose is for the driver's safety, and the other for the brakes themselves.

When Does NASCAR Use the Brakes?

NASCAR drivers do use brakes, but they don't really use them that often. After all, the object of NASCAR is to cross the finish line first. The first thing you have to do is to be ahead of the other racers, but the way to do that is to be the fastest. By using your brakes less, you can keep a faster speed without having to slow down and evidently fall behind the other racers. For curves, they simply slow down by applying less gas or they gently apply the brakes. Using brakes during a race can also be very hazardous to other drivers. When going over 200 miles per hour and having drivers in front and behind you, you don't want to brake quickly. Braking can result in a disaster if not used at the right time.

Braking rules also vary depending on what track the race is on. However, there are a few instances when drivers must utilize their brakes. Whenever a caution flag is put up, all drivers must slow down. They are also used for pit stops. After all, the car literally has to stop.

NASCAR braking systems are a little different than that of a typical car. They have differences which are beneficial and effective to make the car go faster. One example is that the brakes are much lighter. The lighter the car, the faster the car can accelerate. They also serve an aerodynamic function. This works by having ventilation systems in the brakes. Brake fluid can get very hot because of the car. With a ventilation system, the brake fluid can be cooled down immensely.

Brakes also require braking pads. Like most cars, these brake pads still function as a use for friction in disc brakes. Two things called caliper clamps are used to squeeze the brake pads together through the hydraulic system. The brake pads then combine functions with the disc brake to actually stop the car. Moreover, braking systems also can vary among drivers and rules of the specific track where a race is being held.

Pages Related to Do NASCAR Drivers Use Their Brakes?