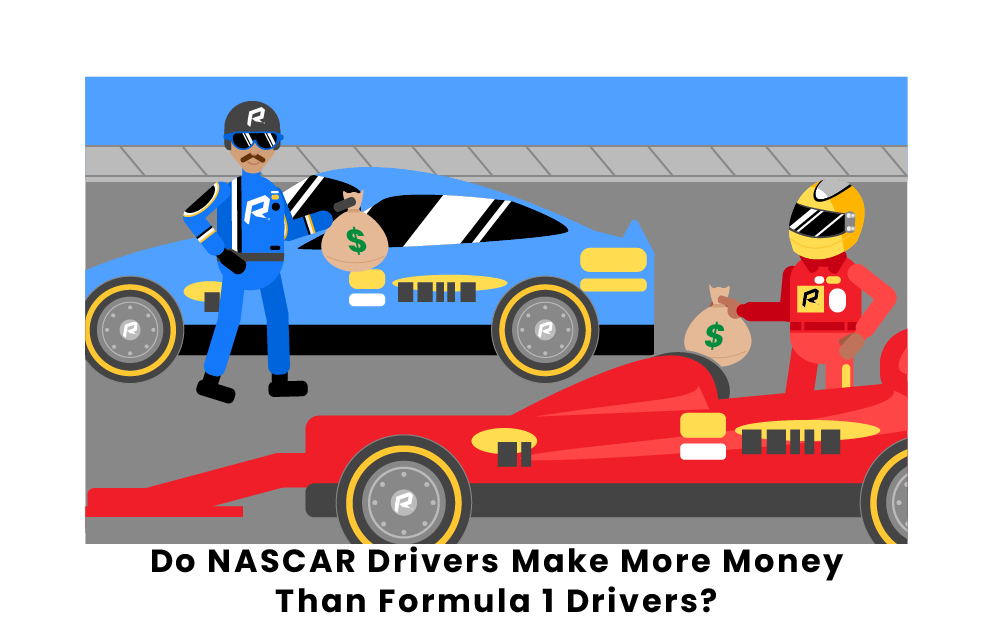 The finances of motorsports are highly complex, and in some cases can be confidential information. The short answer is no. Formula 1 drivers, particularly those at the top end, pull in a lot more cash than even the top end NASCAR drivers. Three F1 drivers cracked Forbes' top 60 highest paid athletes in the world in 2020, but no NASCAR driver made an appearance on the list. However, it is a little less clear cut than that. NASCAR drivers and F1 drivers earn their cash in slightly different ways, and the organizations have different opportunities.

How NASCAR Drivers Make Their Money

NASCAR drivers do pocket a good amount of cash each year, especially those who win the most. First, NASCAR drivers are paid a salary from their teams. This can range anywhere from $50,000 at the entry level to $10 million for legendary drivers such as Jimmie Johnson.

Second, drivers earn money from race winnings. This is where NASCAR drivers can either make or break, particularly new ones with lower salaries. The higher a driver places in each race, the more money they get to take home. Depending on the race, drivers who earn a top 3 finish can make north of $1 million, although in most cases the teams will take at least a 50% cut of the earnings. Still, drivers can pocket $500,000 or more for a single race, and there are 38 chances in each season for them to earn some of that cash.

Finally, there are endorsements and licensing, through which the best and most popular racers can earn a few million dollars if they get busy. Through all of these cash sources, even the most inexperienced drivers with salaries of around $50,000 have a good shot at earning over 1 million dollars each year.

How F1 Drivers Make Their Money

F1 drivers earn their money in similar ways to NASCAR drivers. Although their salaries and bonuses are kept under wraps, it is rumored that Lewis Hamilton, who drives for the Mercedes team and is the best driver in F1 right now, has a salary of over $35 million per year. They also make millions more dollars from sponsorships and endorsements.

Their single race prizes are smaller than those of NASCAR, though, and the F1 season has less than half as many races as NASCAR (17) so they have less opportunities to win those bonuses. On top of that, recently F1 has not had much disparity; 8 of the first 10 races in the 2020 F1 season have been won by 2 racers, Lewis Hamilton and Valtteri Botas, both of whom drive for Mercedes. NASCAR has better disparity, with a different driver winning nearly every new race, so not as many F1 drivers have the opportunity to win those high end bonuses.

Another part of the F1 money structure is that many drivers pay their teams for a seat. Since there are only 20 cars in F1, there is a surplus of drivers talented enough to compete. What separates the drivers in F1 from those who don't make it is their cash, or their cash-rich sponsors.

That brings us to the different number of opportunities between NASCAR and F1. There are only 20 seats in F1. In NASCAR, there are 17 full-time teams, each of which can employ up to 4 full-time drivers. Most teams do not have 4 full-time drivers, but this means that there can be up to 68 NASCAR drivers at any time, and races often have 40 drivers in them. There are the F2 and F3 series in which drivers who do not make it all the way to F1 can compete, but these jobs barely pay anything, if at all. NASCAR similarly has regional series which provide lower paying opportunities for drivers who don't make it to the top.

So, even though F1 driver Lewis Hamilton may pull down over double the money of Kyle Busch, NASCAR's highest earner in 2020 with an estimated $17.8 million, there are more opportunities to earn good money in NASCAR.