Do NASCAR Cars Use Special Tires? 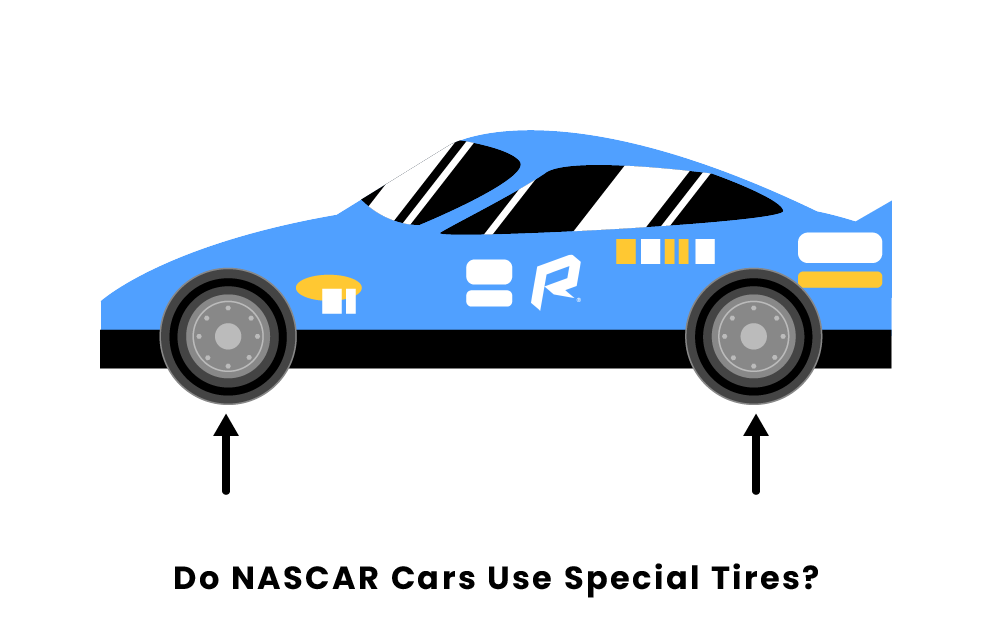 Have you ever wondered what makes NASCAR racing tires different from normal street tires? Are they a special type of tires? Who makes them, and how big are they? Keep reading for all the answers to these questions and more information on tires in NASCAR.

What Kind of Tires Does NASCAR Use?

NASCAR cars use special tires. They are 18-inch Goodyear Eagle Radials, a model of racing tires engineered and manufactured specifically for the NASCAR Cup Series. NASCAR tires are built to give great traction and prevent overheating on tracks that reach up to 130 degrees. Street and race tires differ drastically, with their only similarity being radial designs. During pit stops, these tires have to be able to be changed quickly, with the average pit stop taking just over 10 seconds. To ensure a safe and quick tire change, there are single, central lug nuts on each wheel so that they can be quickly positioned and attached to the car.

What Brand Supplies Tires for NASCAR?

The official tire supplier for NASCAR is Goodyear. While Goodyear has been providing tires for NASCAR for the last 60 years, it became NASCAR’s official tire brand in 1997. Their Eagle Radial race tire is the official tire for NASCAR vehicles. Approximately 75,000 tires are used each year in NASCAR, at the cost of about $35 million. Each tire set is valued at around $2,000 dollars, or $500 per tire. While Goodyear produces 159 million road tires a year, only 100,000 racing tires are produced annually, and they are crafted by hand in Akron, Ohio. The factory is connected to Goodyear’s main headquarters, and tires are tested and handled meticulously to ensure quality. Each tire is crafted specifically for the track they will be racing on, with consideration taken to tread, traction, heat resistance, and durability.

Differences Between Race and Street Tires

Unlike street tires, NASCAR tires are protected by reinforced sidewalls to support heavy loads. The outer tires of NASCAR vehicles look smooth. While the outer tire may look bald, this is actually part of its design. The more rubber on the tire is touching the ground, the more traction the wheel provides on dry surfaces. While treading is great for wet weather design, NASCAR races are typically suspended during wet weather conditions.

The right and left sides of the car require different kinds of tires and modifications. NASCAR drivers and astronaut launches experience similar forces of up to 3 Gs. G-force is a measuring system of accelerated force compared to earth’s natural gravity. The most force is put on the right-side tires, as they are the ones that take the impact on left turns around corners. These corners mean the right front tire is handling 4,000 pounds of weight while turning. To handle the immense force, right-side tires are inflated to over 50 PSI (pounds per square inch), while left-side tires are inflated to less than 30 PSI.

What are sticker tires in NASCAR?

What tires are used in NASCAR?

The tires used in NASCAR are Goodyear Eagle Radials. They are very different from regular car tires, which have ridges called treads that help cars avoid slipping in rainy, wet weather on the road. NASCAR tires do not have tread and are smooth in order to have the best traction on the race track. This is a reason that NASCAR does not race in the rain often.

Pages Related to Do NASCAR Cars Use Special Tires?