Can a Driverless Car Win A NASCAR Event? 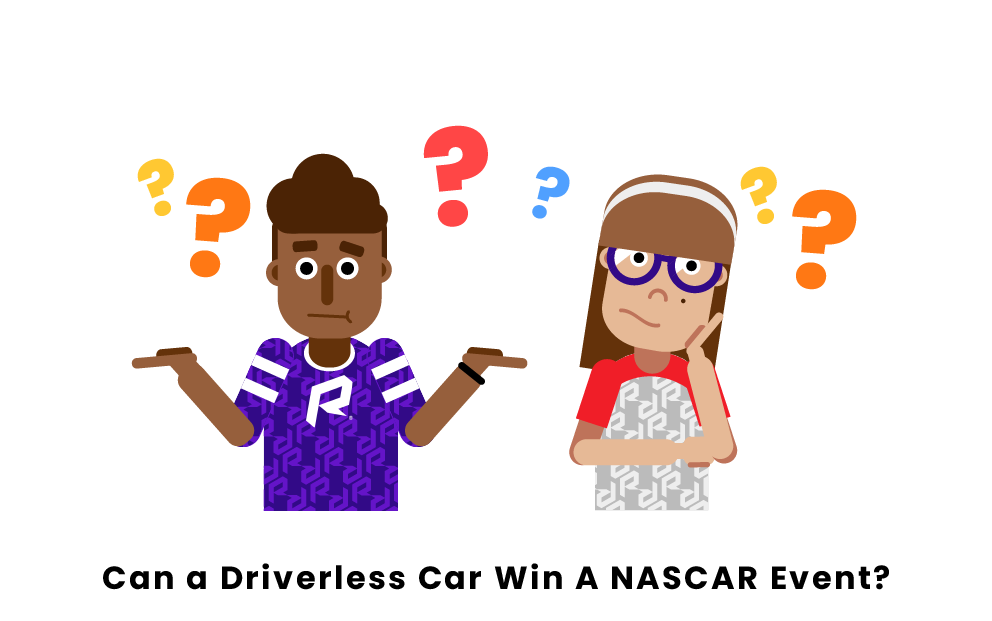 In today’s technologically advanced age, the question of how self driving cars will integrate into our lives becomes more and more prevalent. From our roads to the racetrack, the discussion over whether or not self driving vehicles should be a part of our lives is happening all around us. Companies like Roborace take the reins at the forefront of the discussion, with their company attempting to create a whole new racing sport driven entirely by AI cars, one where driverless cars race around a track in the same ways those of NASCAR or Formula 1 do. With that in mind, would it be relatively possible for NASCAR to host such an event? What would such an event even look like? Could a driverless car win?

The technology of self-driving cars is relatively new, and recently driverless cars have been considered for motorsports. Before understanding if such an event would even be possible, we must first understand what driverless cars are. Simply put, a driverless car operates with a series of mapping sensors that help the car's computers to understand its location relative to other objects. With these tools, the car is able to drive semi-autonomously, or even completely by itself, in nearly any environment.

In order to win a NASCAR race, as an AI, among similarly built AI race cars, the AI’s computers would perhaps require extensive machine learning through actual driver testing. The car’s computer would need extensive programming of extremely minute and cautious maneuvers, and many would argue that such a reality, one where cars can mimic real human drivers with an extremely small margin of error, simply cannot exist. Drivers make split-second decisions and consciously planned maneuvers that are nearly, if not completely impossible to organically replicate in a machine. Interestingly, Stanford University has begun research into whether or not driverless cars can benefit from learning from racecar drivers, as drivers often drive at the brink of losing control. Therefore, the prospect of AI truly and accurately mimicking professional racecar drivers, and thus participating in events like NASCAR ones, is not entirely far-fetched.

Whatever side of the coin you fall, it is clear that the comparison between the technology of driverless vehicles and the anatomy of the human brain leaves little to no clear path towards a resolution as it stands currently, and more research must be done.

While the prospect of self driving motor sports seems very real, the idea of NASCAR allowing driverless cars to compete in official NASCAR events seems unlikely. Jeff Gluck, NASCAR writer and internet personality, alluded to the fact that NASCAR is as much a personality driven sport as much as it is about fast cars. NASCAR fans feel deep connections to their favorite drivers, and driverless events could inspire far less of an emotional connection from fans. As one NASCAR fan notes, drivers who switch teams do not see fans stay fans of the previous car, but rather they see fans migrate to whatever team their driver is on. Perhaps, then, fans may not accept the prospect of a driverless car winning a NASCAR event, which would promptly settle the conversation.

Indeed, some would argue that a motorsport with computer racers is far less engaging to most fans than a sport with real human drivers. Fans feel engaged with their drivers, not their cars. NASCAR certainly would not wish to alienate their fans by making such a bold change to the sport. But, propose a possibility where AI were pinned against AI, or even humans for that matter, in a NASCAR event and an interesting question arises. Who would win?

What would a driverless car crossing the checkered flag first look like? In a traditional NASCAR race, especially those performed in recent months after a brief hold of the sport’s activities (at the time of writing), drivers vie and jockey their way up the leaderboard, oftentimes racing aggressively and in some cases wrecking other drivers in the process. Would AI cars act the same? Many would say that these types of machines would seldom, if ever, make mistakes or overextend their limits. Indeed, fans of NASCAR took to Reddit to lament their thoughts, arguing that the human factor of NASCAR makes the sport exciting.

So, would some AI cars outcompete other AI to win? It’s difficult to say, as, in the same way NASCAR regulates its drivers, driverless car programmers and teams would surely also have to adhere to some regulations. Perhaps the reality would be that races would be easily predictable, as AI cars would all perform on a near similar skill level. Winning would not feel so much like an accomplishment earned by the team, but rather a predictable outcome.

A Final Thought On Driverless Cars

Driverless cars may never see the light of day in NASCAR, but, if they were to compete with human racers, the variables for the AI machine’s success would be interesting. On the one hand, human drivers may gain knowledge of how the computer tends to drive, and could formulate a game plan to exploit the machine’s weaknesses. On the other hand, we may find that driverless cars are impossible to outsmart in a sport as chaotic as NASCAR, and perhaps they would cross the finish line first every time. Whatever the future holds for the sport, as well as for humankind, the topic of driverless cars within motorsports remains undoubtedly fun to explore.

Pages Related to Can a Driverless Car Win A NASCAR Event?