Are NASCAR Cars Manual Or Automatic? 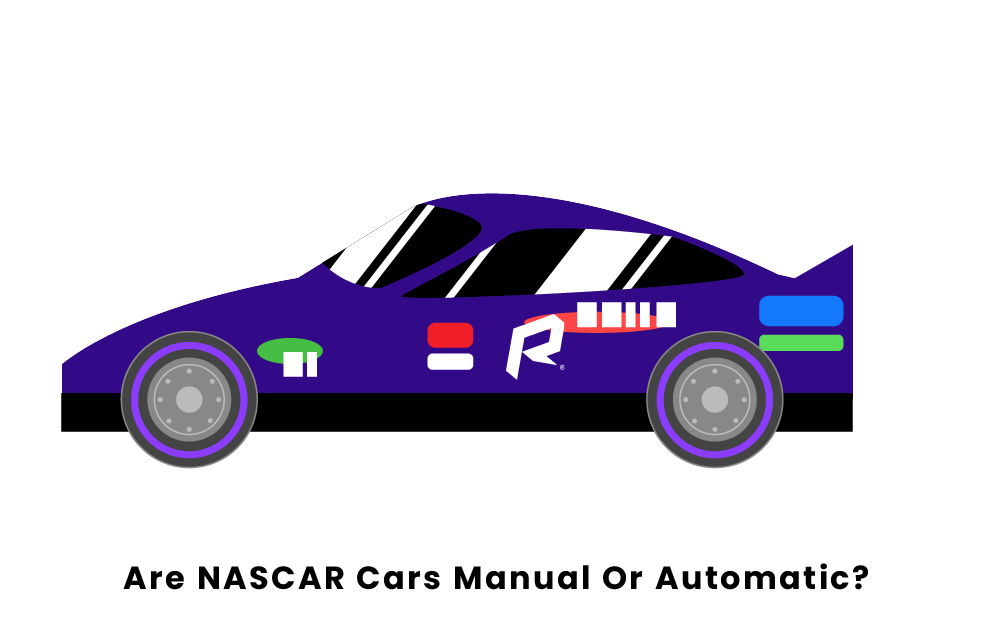 In NASCAR, all of the race cars have manual transmissions. They use a five-speed manual transaxle called the Xtrac P1334.

What is a Transmission?

How Do NASCAR Drivers Shift Gears?

NASCAR transmissions make use of a five-speed sequential gearbox. This setup requires the driver to use their right hand to grab the stick and push or pull it to shift up or down among the gears. Unlike road cars with manual transmissions, NASCAR cars do not require the driver to press the clutch pedal while shifting gears because of the straight-cut gears used in their transaxles. Although NASCAR cars have clutch pedals, these are rarely used when shifting gears and are only utilized when taking off from a stop.

NASCAR drivers shift gears by matching the car’s speed to the car’s RPMs (revolutions per minute). This process is called rev-matching and requires the driver to know the speed at which the gear should be shifted. This is challenging because NASCAR cars have no revolutions per minute (RPM) gauges. However, there are lights on the dashboard that indicate certain RPM levels; green lights at lower RPM, yellow at mid-range RPM, and red at high RPM. Shifting at the wrong time or shifting into the wrong gear can cause damage to the car’s transmission.

How do NASCAR Transmissions Work?

NASCAR transaxles work like regular transmissions, except that they are bolted directly to the differential on the car’s rear axle. Unlike traditional transmissions attached to the engine at the front of the car, the bulky rear-mounted transaxle balances out the engine’s weight, providing superior weight distribution, which translates to better handling overall. NASCAR transaxles use five-speed sequential gearboxes, which the drivers shift by pushing or pulling on a floor-mounted lever to shift up or down through the gears.

What is the Future of NASCAR Transmissions?

NASCAR had relied on the four-speed H-pattern gearbox since the sport’s inception in 1949, so the upgrade to a sequential five-speed transmission in 2022 was significant. Unlike the H-pattern gearbox that NASCAR traditionally used in cars, sequential transmissions use a lever that is tapped forward and backward to change gears. This setup allows the driver to shift up or down in gear, but does not require the driver to manually find the gear they are looking for. It also allows the driver to “pre-load” the shift lever by applying slight pressure before shifting gears, allowing for even faster gear changes.

The current NASCAR transaxle is designed to be compatible not only with the current engines, but also with future power plants that may feature hybrid or electric drivetrains to better reflect the consumer car offerings produced by the race car manufacturers.

NASCAR race cars use a five-speed manual sequential transmission. Even though the drivers are not required to find the gear on the gearbox, they must use a clutch to shift between gears. Before 2021, NASCAR cars used a four-speed manual transmission with an H-pattern gearbox.

How many gears do NASCAR cars have?

NASCAR cars have five forward gears plus one reverse gear. Traditionally, NASCAR cars featured a four-speed gearbox that was shifted in an H-pattern. As of the 2022 season, a five-speed sequential gearbox is used in a rear-mounted transaxle. NASCAR cars have always had a reverse gear, as drivers sometimes need to reverse in emergency situations, such as when they overshoot their pit stall.

What transmission does NASCAR use?

NASCAR uses the Xtrac P1334 transaxle as the transmission for all of its Cup Series race cars. Xtrac, who had been supplying transmission components to the series since 2002, especially developed the P1334 for NASCAR to use in its Gen-7 cars, which debuted in the 2022 season. The P1334 is a sequential five-speed transaxle and is designed to endure power loads of up to 750 horsepower, which exceeds the current maximum allowed output of Cup Series cars.

Pages Related to Are NASCAR Cars Manual Or Automatic?