About Mountaineering - An Overview 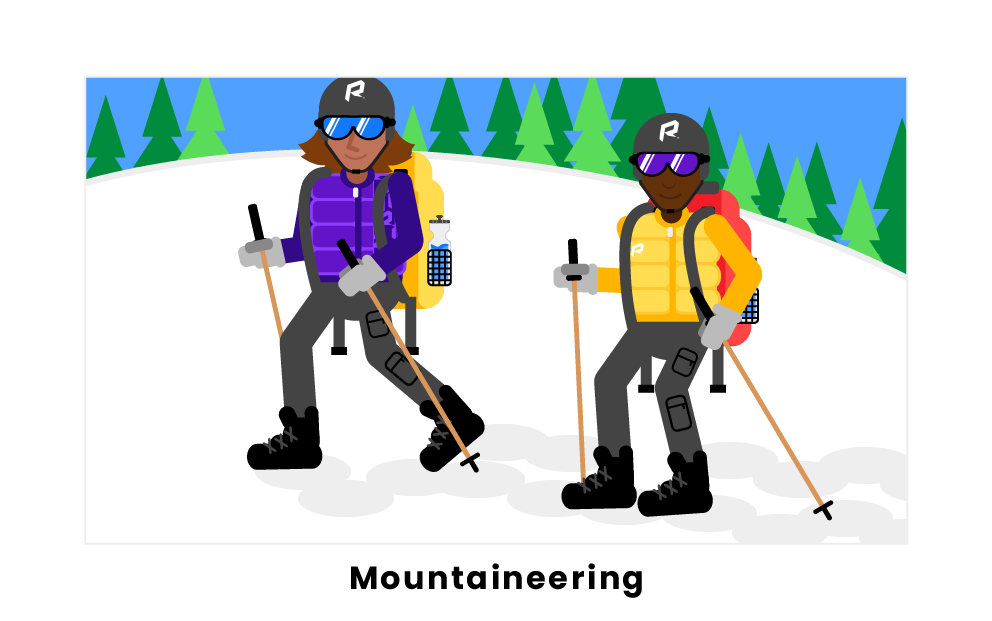 Mountaineering is one of the most extreme, dangerous, and demanding outdoor sports; yet it can be extremely rewarding and can be practiced anywhere there are mountains. The primary goal of mountaineering is to reach a mountain peak, and in accomplishing this goal, mountaineers combine the disciplines of hiking, climbing, camping, and skiing.

Mountaineering began as a niche hobby of wealthy aristocrats in the nineteenth century, such as Sir Alfred Wills, Edward Whymper, John Ball, and Prince Luigi Amedeo. These early mountaineers largely focused on summiting peaks in the Alps of Western Europe. Since then, mountaineering has spread to the Himalayas, the Karakorams, the Cascades and Rockies, and throughout the world. Mountaineering is a popular vacation activity and driver of tourism; guide services and tourist attractions exist in all major mountaineering areas.

There are two main styles of mountaineering: expedition and alpine. In expedition mountaineering, multiple camps and large parties are used to reach an extremely high peak, such as in the Himalayas. Alpine mountaineers typically use less gear, making only one camp and reaching the summit in one day if possible.

Mountaineering is a group of outdoor activities including traditional climbing, ice climbing, skiing, hiking, and traversing via ferrata, which are practiced individually or combined with the goal of summiting a mountain peak. Mountaineering is also known as alpinism, as it originated in the Alps. There are no formal rules, and athletes in the sport, called mountaineers, largely practice mountaineering recreationally. However, some mountaineers compete to become the first or the fastest to reach a summit.

Where are the best places to go mountaineering?

A public park in a mountainous area or an indoor climbing gym are great places to start mountaineering, all the while building necessary skills and confidence. The Himalayas and the Karakorams, two mountain ranges stretching across the Middle East and Asia and containing all of the world’s 100 tallest mountains, are esteemed mountaineering destinations. The Chilean high desert, the Dinaric Alps in Bosnia and Montenegro, Mount Ngauruhoe in New Zealand, Pico de Orizaba in Mexico, The Cascades in the northwest USA and Canada, and Alaska are some of the places around the world that feature exceptional mountaineering opportunities.

What equipment do I need to go mountaineering?

The basic equipment needed for mountaineering includes mountaineering boots, crampons, ice axes, a climbing helmet, a headlamp, a harness, and carabiners. Ropes, rope bags, and a crevasse rescue kit are also necessary for the climbing elements of mountaineering and may be shared among the party. Navigation is essential in mountaineering; maps, compasses, GPSs, and altimeters are all devices mountaineers use to find their way. Overnight mountaineering trips require camping gear, such as a tent, backpack, sleeping bag and pad, stove, and a water filter.

Pages Related to About Mountaineering - An Overview