What is Touring Car Racing? 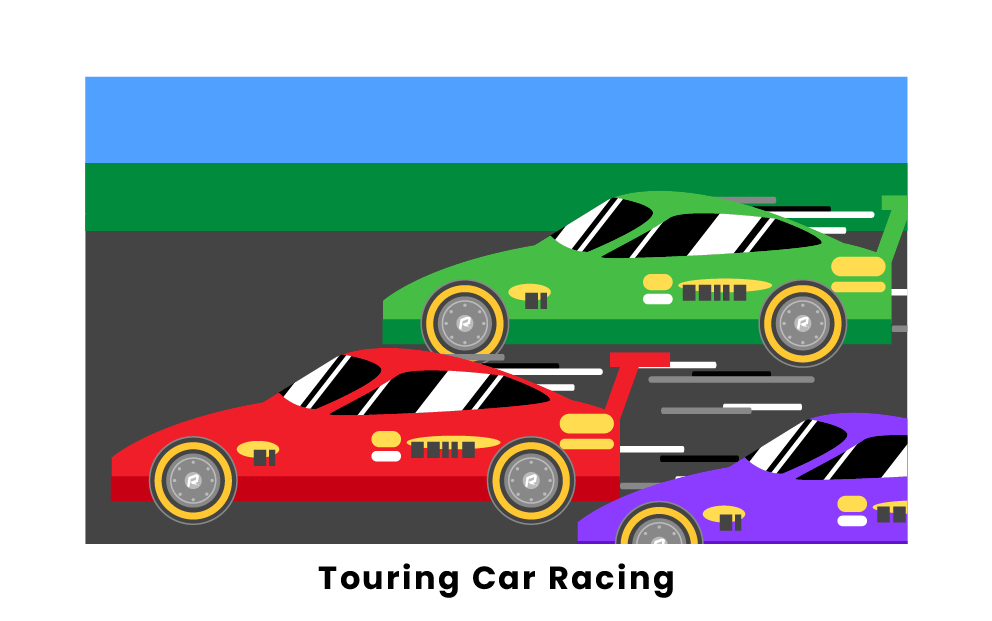 Touring car racing is a unique form of motorsports in which standard vehicles are altered for racing. The cars that qualify for touring car racing are created from average cars that people drive on the road but are heavily modified for speed and race conditions. Aspects of a car, such as its engine, brakes, and wheels, can all be changed (within the conditions of the race) to create a more aerodynamic car. The body of the cars used in touring car races can include styles such as hatchbacks and sedans.

Touring car racing originated in the mid-1900s when drivers would race on long stretches of public roads for significant periods of time. Now, the sport has evolved in popularity and has consistent international competitions sponsored by car companies.

What is touring car racing?

Touring car racing is a sport where drivers compete against each other in various races in touring cars. Touring cars are created from normal, everyday cars but are heavily modified for professional racing. In modern races, drivers compete to drive the required distance on a track in the shortest amount of time. While competing, drivers wear firearm suits, driving shoes, and a helmet.

What are the biggest touring car races in the world?

The World Touring Car Cup, British Touring Car Championship, and Deutsche Tourenwagen Masters (DTM) are three of the largest touring car races. The championships and races typically happen once a year and include professional drivers and modified cars from various manufacturers. In races such as the World Touring Car Cup, equipment such as sustainable fuel and tires are provided to create equal opportunity, among other cost-control measures.

How fast are touring cars?

Compared to other racing cars, touring cars tend to have slower speed capacity since they are created from standard auto bodies. However, the fastest touring cars can still produce about 600 horsepower. Typically, in an international tournament, there are different race divisions that consist of touring cars with different horsepower. Each race has different horsepower requirements, which impact the maximum speed of the vehicle. In the Deutsche Tourenwagen Masters, cars can reach up to 186 miles per hour.

Pages Related to What is Touring Car Racing?