What is Banger Racing? 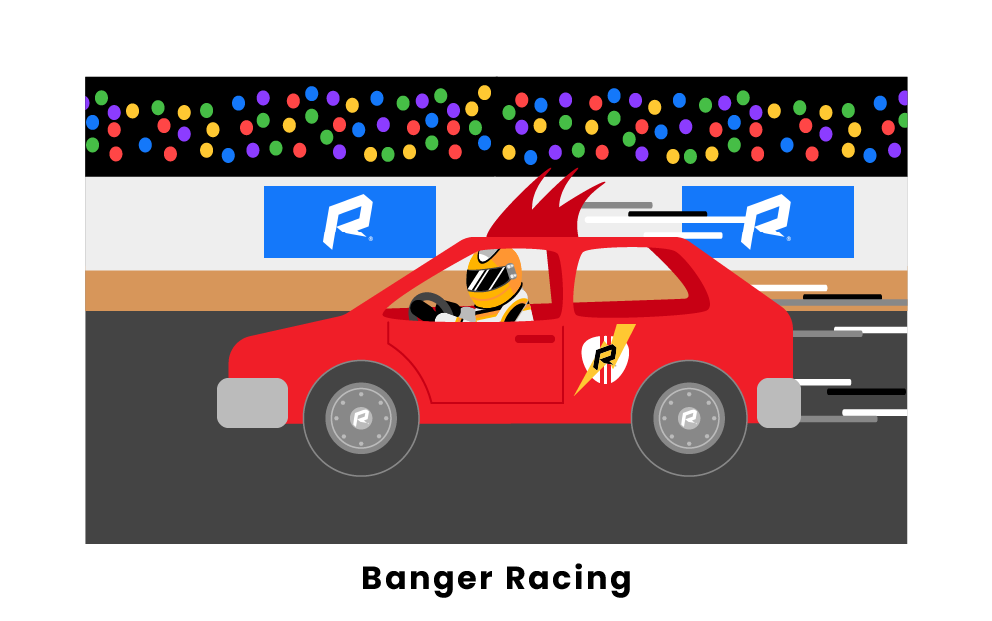 Banger racing is a European car sport inspired by American stock car racing (such as NASCAR) and demolition derby. Banger racing involves drivers, known as “wreckers,” driving salvaged cars at each other with the intent to crash into each other and cause damage. Most banger racing cars are dilapidated and beaten-up, stripped of excess parts, such as windows, and fitted with roll cages in order to offer the drivers some protection. There are very few rules in most banger races, and drivers are allowed to cause damage however they wish, usually only being forbidden to hit another driver’s door or T-bone an opponent’s car.

Banger racing began in England in the 1960s, quickly gaining popularity in England, Ireland, Belgium, and the Netherlands. The first championship event in the sport, the Unlimited Banger World Final, was held in London in 1974. The event, which occurs annually, was later moved to Ipswich. There are other popular banger racing tournaments throughout Europe, such as the European Championship in Belgium and the Blue Oyster Trophy Unlimited Bangers in the Netherlands. In 2019, the National Stock Cars Association was created to offer a governing body for all racing track sports in the United Kingdom, including banger racing.

What is banger racing?

Banger racing is a sport in which drivers use damaged and dilapidated cars to strike each other and cause damage, similar to a demolition derby. Banger racing is a popular sport across Europe, mostly in England, Belgium, and the Netherlands. Banger racing drivers, called “wreckers,” often modify their vehicles for the sport, adding elaborate paint jobs and roll cages to prevent injury. There are few rules in banger racing, mostly amounting to a prohibition against hitting doors and T-boning other cars.

Are certain types of cars banned from banger racing?

What are the most popular cars to use in banger racing?

Many types of cars are popular in banger racing, among them Fords, Volvos, and Jaguars. Two of the most popular types of Ford used in banger racing are Ford Granadas and Ford Mondeos.  Both cars benefit from having front wishbone suspension and rear-wheel drive, which prevent collapsed struts and offer decent handling and structural strength. Other popular banger cars include the Austin Westminster, the Rover P5, the Volvo 240, the Jaguar XJ6 or XJ12, and the Vauxhall Cavalier.

Pages Related to What is Banger Racing?