What is TT Racing? 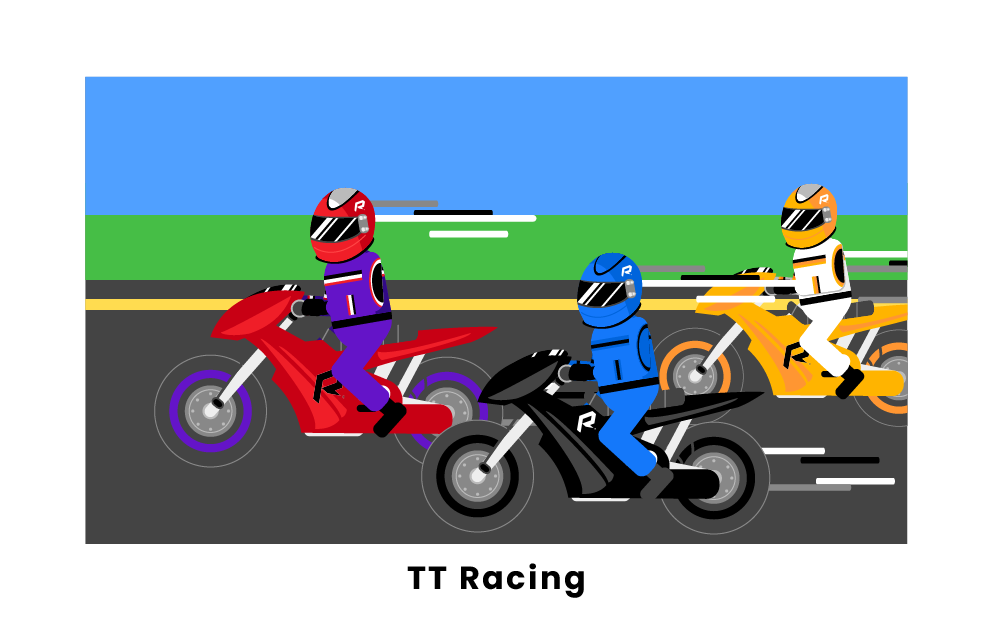 TT Racing, short for “Tourist Trophy Racing,” is a popular high-speed motorcycle sport that is particularly prominent in the United Kingdom. Originally created in 1907, TT Racing derived from automobile races that were held on the Isle of Man, an island between England and Ireland. As automobile racing had been forbidden on English streets by an Act of Parliament, the Secretary of the Automobile Club of Great Britain and Ireland, Sir Julian Orde, received permission to open a long racing course on the Isle of Man. Initially, these races were automobile-only, but in 1907, the first motorbike race was held, using bikes similar to those sold to the public, called touring machines. This eventually led to the development of Tourist Trophy Racing.

In the modern-day, TT Racing is considered one of the fastest and most dangerous motorcycle sports. The most famous course, still held on the Isle of Man, comprises a 37 and 3/4-mile route from sea level, over the island’s mountains, and back. The course contains over 200 bends, and races are run in various divisions based on cycle size and the racer’s experience level. Over the decades, TT Racing has spawned many famous athletes, including Joey Dunlop, who is credited with the most TT Racing wins overall, having won 26 total racing events.

What is TT Racing?

TT Racing, short for “Tourist Trophy Racing,” is a motorcycle sport involving fast-moving motorbikes that race along a course that spans multiple miles. TT Racing originated in the United Kingdom in the early 20th Century, taking place on the Isle of Man after Parliament banned high-speed racing on the streets of England. Today, the Isle of Man TT Race covers a course of over 37 miles and is considered one of the fastest and most dangerous motorcycle races in the world.

How fast are TT racing bikes?

TT racing bikes are extremely fast. The vast majority of TT bikes can rise to speeds of well over 100 mph, and many can reach top speeds of 200 mph or more. As of 2020, the outright lap record for TT racing, set in 2018, stands at an average speed of 135.452 mph. This means that the overall average speed of TT bikes during a race is around 135 mph, but many racing bikes reach and maintain much higher speeds consistently.

What are the biggest TT racing events?

The biggest TT racing event is the annual Isle of Man TT Race. Held on a 37-mile course, the Isle of Man TT Race is the oldest and possibly the most dangerous motorcycle race in the world. Most TT racers take at least three years to learn the entire course, as experience is the key to winning, rather than speed alone, and most races come down to photo finishes, sometimes with less than a second’s difference between first and second place. TT racing can be very dangerous, and the Isle of Man TT Race is no stranger to injuries and deaths, such as the tragic loss of TT star David Jefferies in 2003. Since then, more and more safety procedures have been implemented, but injuries and deaths are still possible and more common than in other sports.

Pages Related to What is TT Racing?