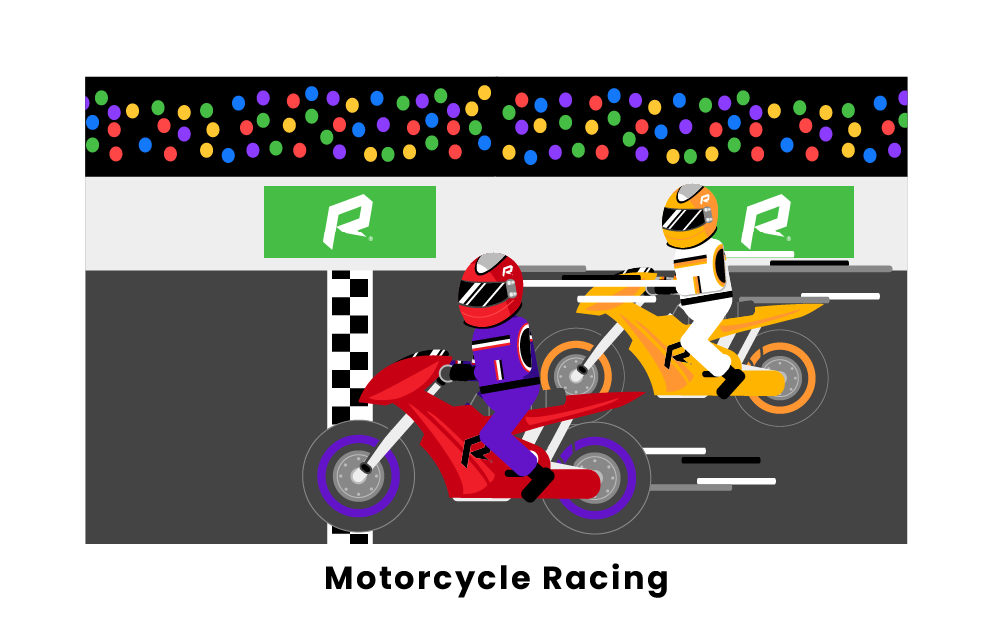 Motorcycle racing is a primarily European-based sport that has been around for over 100 years. Motorcycle racing is a thrilling sport in which competitors race motorized, two-wheeled bikes around a track. These motorcycles can hit speeds of up to 200 miles per hour; traveling at such high speeds requires a lot of skill and practice. Motorcycle racing can be very dangerous, so riders are required to wear a helmet, specialized racing suit, gloves, chest protectors, and other safety equipment. The races take place on closed circuits or tracks, which can either be configured in an off-road or road track style.

The Fédération Internationale Motocycliste (FIM) oversees all motorcycle racing activities. The FIM splits motorcycle racing into four categories: road racing, motocross, track racing, and an “other” category which includes things like drag and sprint racing. Road racing is done on a paved closed circuit or street course and includes races like the Motorcycle Grand Prix and Superbike Racing. Motocross is performed on an off-road course and features supercross and supermoto races. Track racing takes place on a paved oval course, with popular versions including indoor short track racing and speedway. The largest racing league in the world is the MotoGP. A season consists of 19 races in 15 different countries. MotoGP is the highest level for a motorcycle driver to reach.

What is motorcycle racing?

Motorcycle racing is the act of racing motorcycles against opponents on a circuit or track. Motorcycles can be raced on circuits, which have multiple turns and straights or are shaped as an oval. Motorcycle racing can also take place on different surfaces, such as paved or dirt roads. Since there are different surfaces and types of tracks, there are different types of motorcycles used for each form of motorcycle racing. The tires and the weight are a few things that differentiate between the bikes. Off-road bikes are typically lighter than track bikes and have extra tread on the tires to help grip to the dirt and gravel.

What are the biggest motorcycle racing events in the world?

The biggest motorcycle racing event in the world is the MotoGP. There are 30 drivers that drive for 11 teams. A season consists of 19 races in 15 different countries. These races are driven on closed circuits. Some of the notable teams include Red Bull KTM Factory Racing, Ducati Lenovo Team, and LCR Honda. Another popular racing event is the Daytona 200. A majority of the MotoGP races are in Europe and Asia, so this is a big race in the United States. This race takes place on an asphalt track, and the motorcycles race for 200 laps.

What are the fastest motorcycles used in motorcycle racing?

The fastest motorcycles used in motorcycle racing are the ones used in MotoGP. They use 1000 cc engines and can only have four cylinders, allowing them to travel at speeds over 200 miles per hour. MotoGP is extremely difficult due to the high speeds paired with narrow tracks and sharp turns. The fastest speed ever recorded in MotoGP was 221.6 mph by Andrea Dovizioso in a Ducati. He did it at the fastest track in MotoGP, which is Autodromo del Mugello in Italy.

Pages Related to About Motorcycle Racing