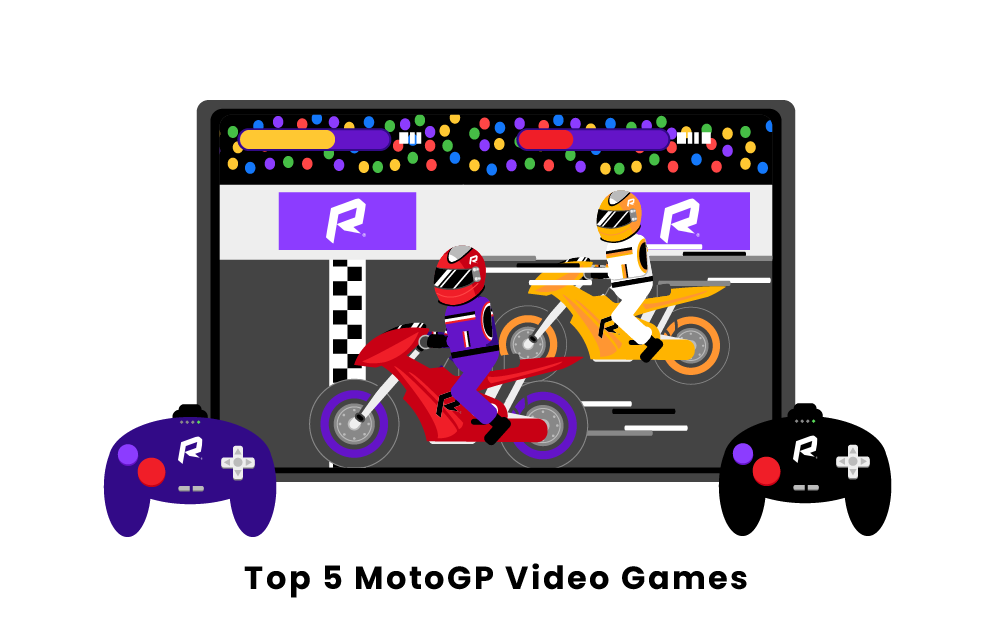 What are the most popular MotoGP video games?

Ride 3 is a MotoGP video game that was released in November 2018. The game is available to play on Playstation 4, Xbox One, and PC. In the game, users can choose from over 270 different bikes and race them on 30 distinct tracks around the globe. The game also provides players with the option to customize their own bikes with over 1,200 parts to choose from. In addition, players can customize their riders in the game including their outfits and riding behavior. The game’s career mode allows players to race in different events and participate in challenges to unlock new features such as bikes, tracks, and events.

TT Isle of Man: Ride on the Edge is a game that was released in March 2018 and is available to play on Playstation 4, Xbox One, and PC. As the name suggests, the game takes place in the Isle of Man where players can race in the TT (Tourist Trophy) Races. The graphics in the game are impressive, including everything from brands displayed on the bikes to features of the local homes along the track. Additionally, racing in the game proves to be quite realistic as elements, such as the need to take sharp turns very slowly to balance on the bike, are accounted for.

MotoGP 18 is a game that was released in June 2018 and is available on Playstation 4, Xbox One, and Nintendo Switch. This game is centered around the 2018 MotoGP Championship and includes the various riders, bikes, and tracks from the event. Additionally, more than 70 famous riders from MotoGP, Moto2, and Moto3 are available to use. One of the best aspects is the game’s career mode. Through this game mode, players get to customize their rider and bike before racing in the Red Bull Rookies’ Cup and progressing to compete in Moto3, Moto2, and MotoGP.

Valentino Rossi: The Game is a MotoGP video game that was released in June 2016 and is available for Playstation 4, Xbox One, and PC. This is a specialized game that greatly focuses on the career of professional racer Valentino Rossi. Unlike the usual MotoGP games, this one provides users with the opportunity to complete numerous historical challenges. In the game, users can play career mode where they experience the story of Rossi starting at a young age, where he began off racing on a dirt bike. Furthermore, players are taken through many of the highlights and monumental races throughout Rossi’s career.

Driveclub Bikes is a game that was released in October 2015 and is only available on the Playstation 4. In the game, players are placed on a racing club that they compete with at 78 various global spots. Throughout the tour mode, the goal is to win races and earn trophies ultimately to become the most dominant club in the world. The highlight of this game is its online mode, where players can compete against each other to record the fastest time. In addition, players have the opportunity to race against other competitors and their clubs from around the globe.