What Is Modern Pentathlon? 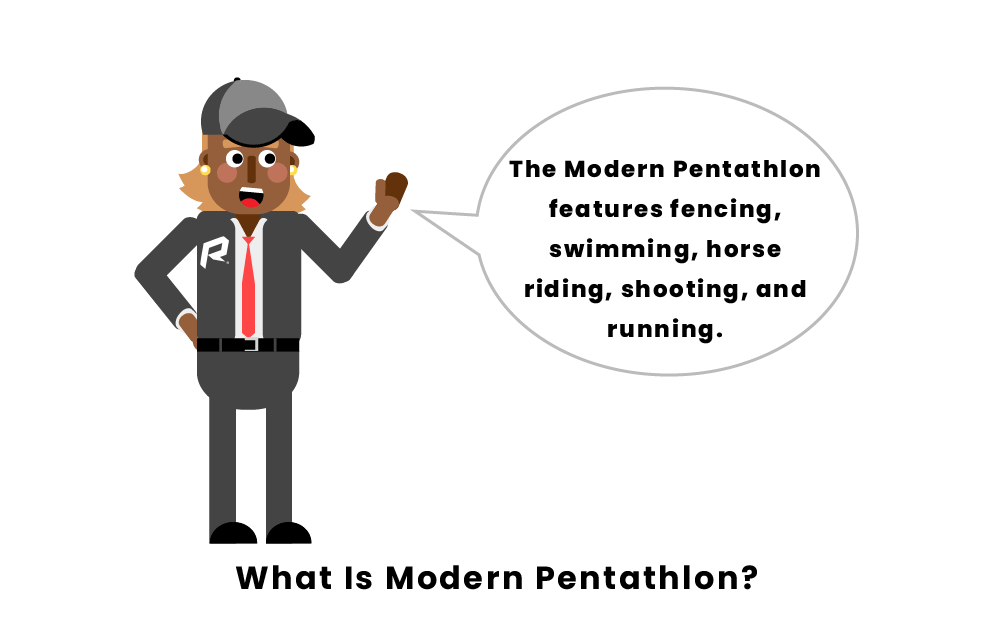 The Modern Pentathlon is a multi-discipline sport that contains fencing, swimming, horseback riding, shooting, and running.

In the 1800s, it was said that a French soldier had to deliver a unique message within a day's time. The story goes that to deliver the message, he had to ride his horse, fight with a sword, run, swim, and use his gun all on that single journey. From this story came the birth of the Modern Pentathlon, a unique sport involving these 5 disciplines requiring very different skill sets. This diverse set of sports combines to be an ultimate test of an athlete's physical and mental strength.

All competitors compete in a round-robin of matches, with the most successful athletes earning the most points by wins.

All competitors swim a 200m freestyle, with the fastest times earning the most points.

Here the athletes are presented an unfamiliar horse 20 minutes prior to the event. After this time to prepare, they must lead the horse through a course of 15 jumps. After the riding event, the runners are given a head start advantage for the Laser-Run according to their total points earned from the first three events.

The Laser-Run is a combination of shooting and running. Athletes must complete 4 rounds of both 10m shooting with a pistol followed by an 800m run. This calls for a great level of composure, especially to shoot accurately after each run. The first to complete the Laser-Run wins the entire event.

Is Modern Pentathlon in the Olympics?

Yes, the Modern Pentathlon is an Olympic Sport carried out during the Summer Olympics. Historically, the sport has been dominated by European countries. The international governing body of the sport is the UIPM, or the Union Internationale de Pentathlon Moderne.

Pages Related to What Is Modern Pentathlon?