What Are The Events In Olympic Modern Pentathlon? 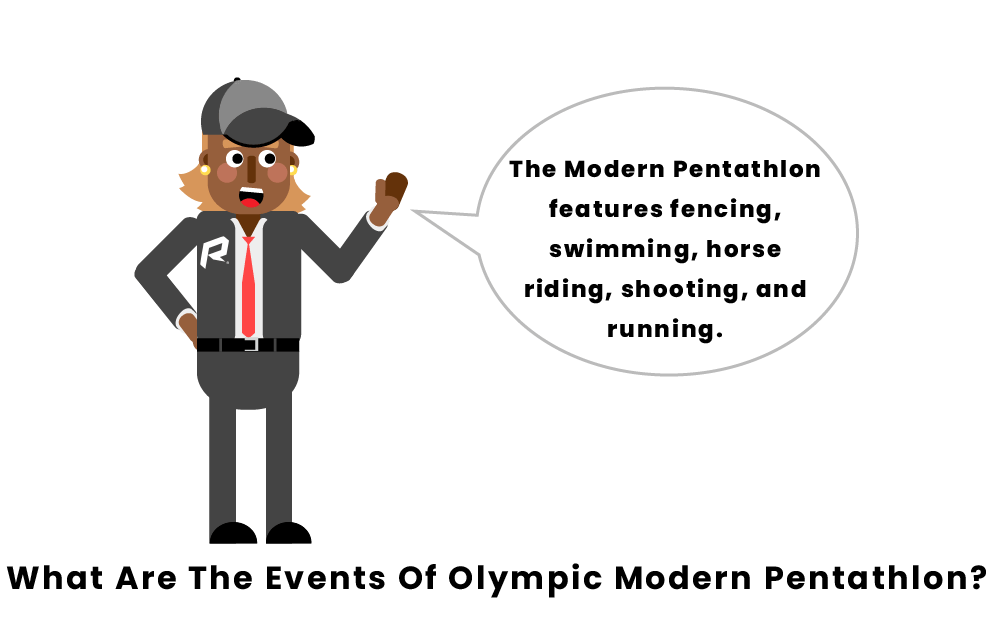 There are five distinct events in the Olympic Modern Pentathlon. They include: fencing, swimming, riding, running, and shooting.

In ancient Greece, the pentathlon consisted of a sprint, javelin, discus, long jump, and wrestling.

The five modern events were specially selected by Baron Pierre de Coubertin-who founded the modern Olympics-to reflect a French legend that involved a warrior who had to ride on horseback, fight with a sword, shoot a gun, swim, and run.

The modern version of the Olympic pentathlon was first introduced for men in 1912 and a women's competition was added in 2000. The modern pentathlon used to be held over the course of a few days, but it is now all held in one single day.

Athletes start the day by competing in one-minute round robin fencing matches. Each player earns points for winning more matches, and the best will have the chance to earn bonus points in a second round.

The swimming event is a 200-meter freestyle. Points are given based on the fastest times.

One unique aspect of the Olympic Modern Pentathlon is that competitors do not get to use their own horses in the equestrian competition. They are randomly assigned a horse 20 minutes before competing.

The final event of the Olympic Modern Pentathlon is the Laser Run, which involves running to stations and shooting at targets. Each competitor's starting position is based on their points thus far, so the first athlete to cross the finish line is the bonafide winner.

Pages Related to What Are The Events In Olympic Modern Pentathlon?