What is Mixed Martial Arts (MMA)? 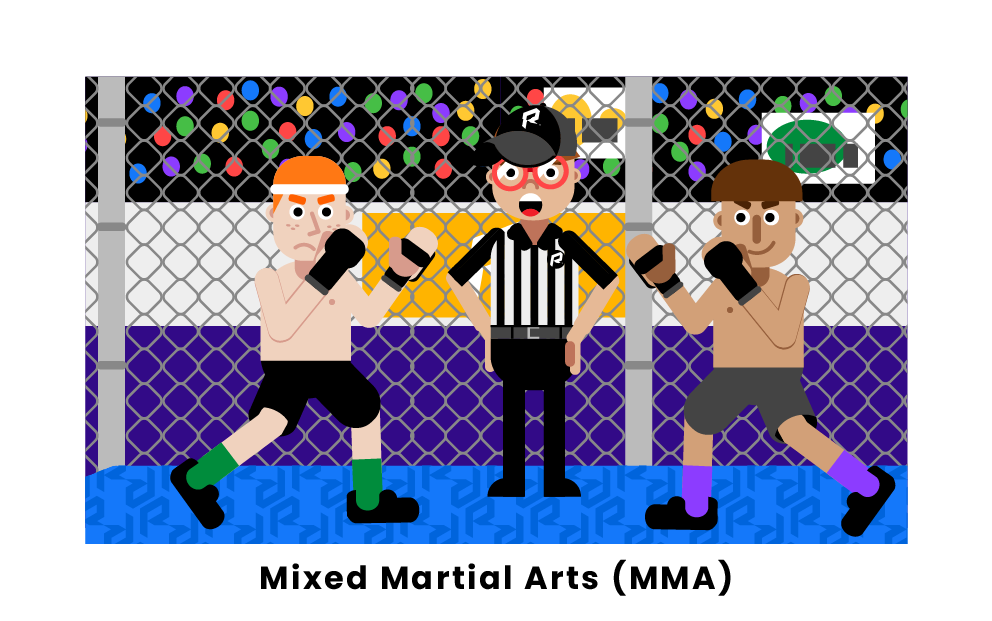 Mixed Martial Arts, better known as MMA, is a full-contact sport made up from a variety of combat and martial arts techniques. MMA is based on three main components: striking, grambling, and ground fighting. Mixed Martial Arts matches take place in an MMA ring, also known as the octagon or cage. 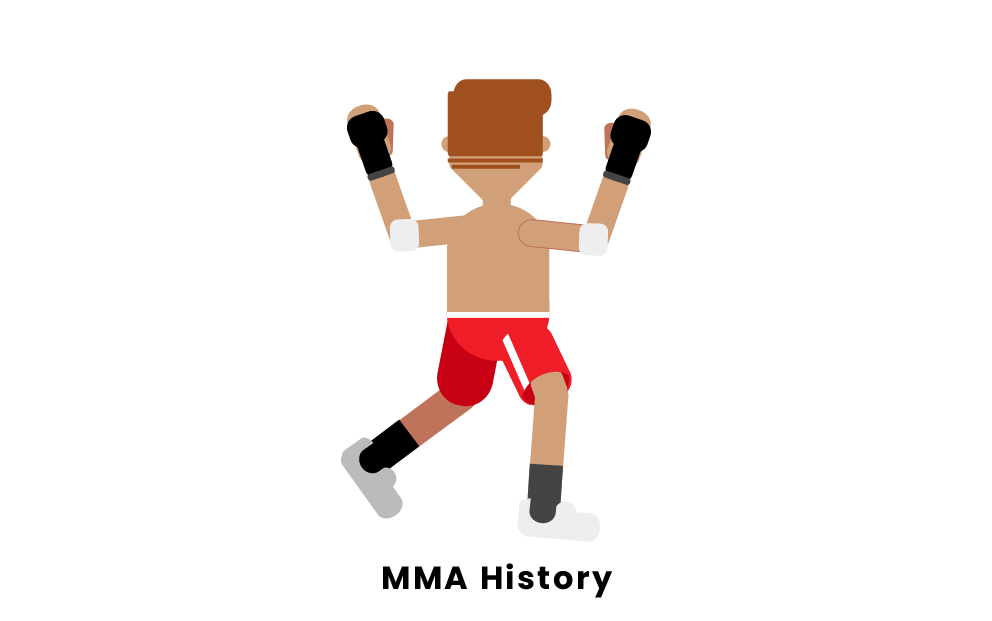 Mixed Martial Arts (MMA) dates all the way back to the Olympics of ancient Greece. MMA was originally called pankration, which comes from the Greek words pan and kratos, meaning "all powers." According to Greek competitions, the only two rules were no biting and no eye gouging. Over time, the idea of martial arts and mixed-style competitions spread throughout the world. For several decades, these competitions gained tremendous popularity in the United States in particular. Mixed Martial Arts is one of, if not the most, popular competitive combat sports that exists today. 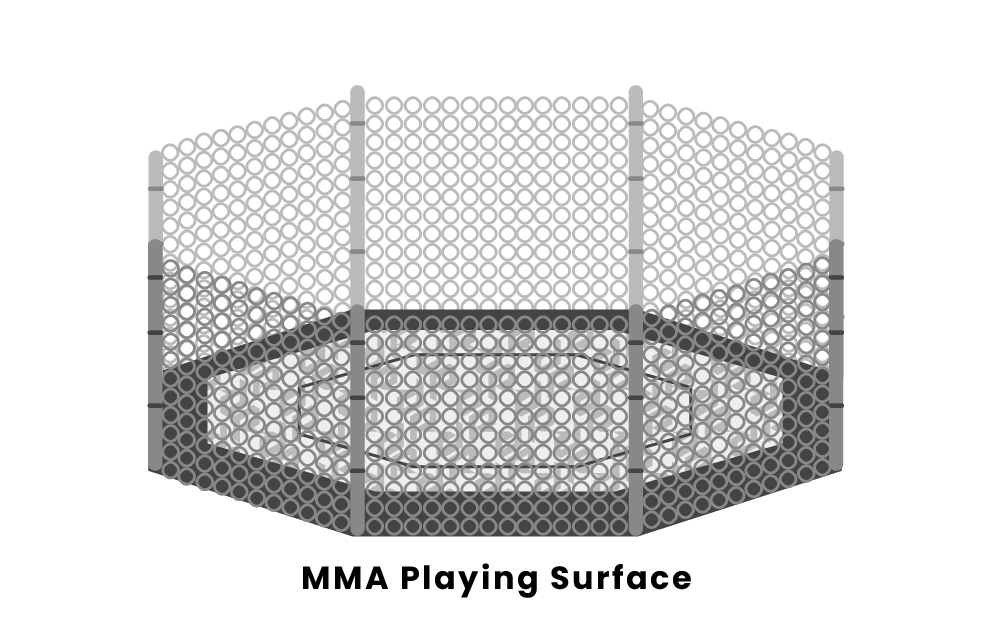 MMA fights take place in an octagon or cage. The octagon/cage must be between 20 to 32 square feet. During fights, competitors are held in a ring or fenced area which is set by the rules of the Ultimate Fighting Championship (UFC). Matches that are fenced should have a minimum of six sides. If caged, the cage will be made of an octagon shape; this is why the cage is referred to as an octagon. 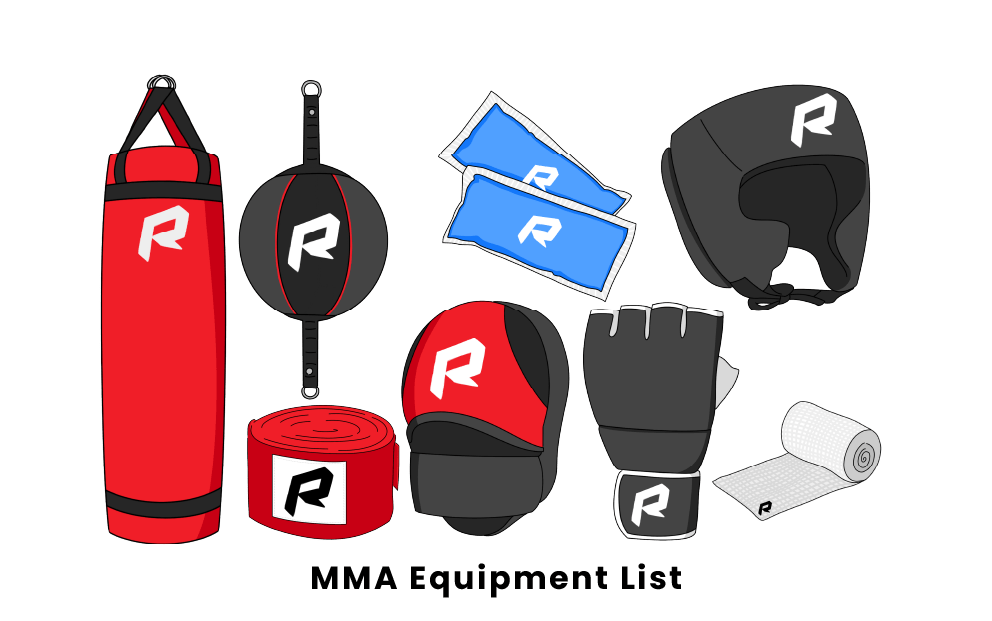 Like most other sports, Mixed Martial Arts requires specific equipment used by each competitor. Required equipment includes: MMA gloves, MMA shorts, MMA headgear, a mouth guard, MMA shin guards, a MMA cup, and a body protector. These pieces of equipment are used for the protection of each fighter. Since Mixed Martial Arts is such a physical and grueling sport, these pieces of protective gear are critical for the safety of each individual. 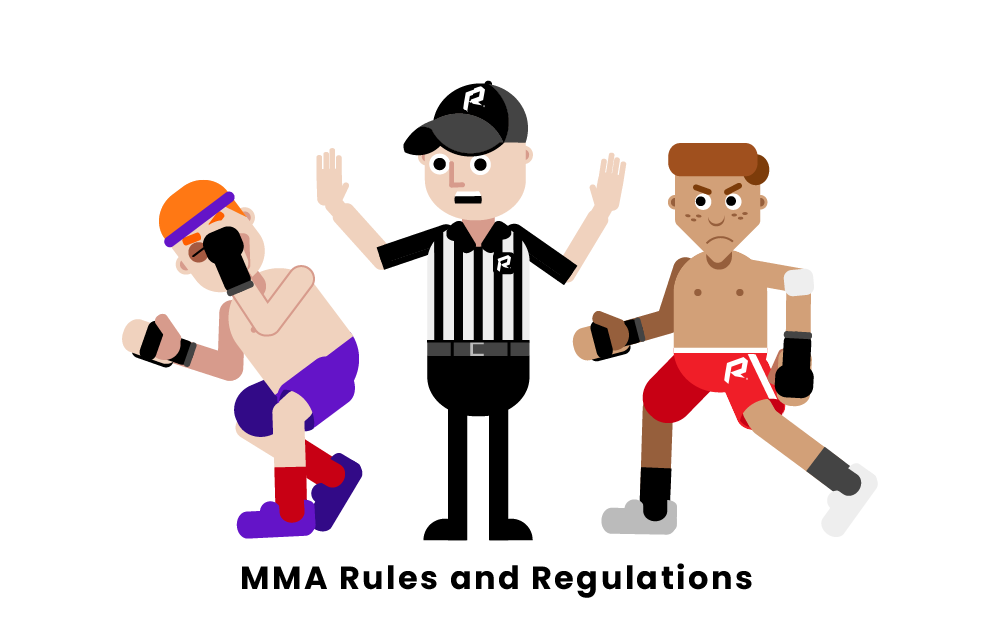 The rules of MMA may differ slightly depending on the level of competition since each fighting organization has unique rules and regulations. One of the most basic MMA rules is that each fighter must compete within their weight class. This is because it would not be fair for someone who weighs 130lbs to go up against someone weighing 240lbs. There are also "no-no's in MMA fighting. Some of these include: no groin attacks, no strikes to the head or spine, no head butts, no biting, no hair pulling, and no strikes or grabbing of the throat.

Furthermore, there are many different ways to end a fight. These include: 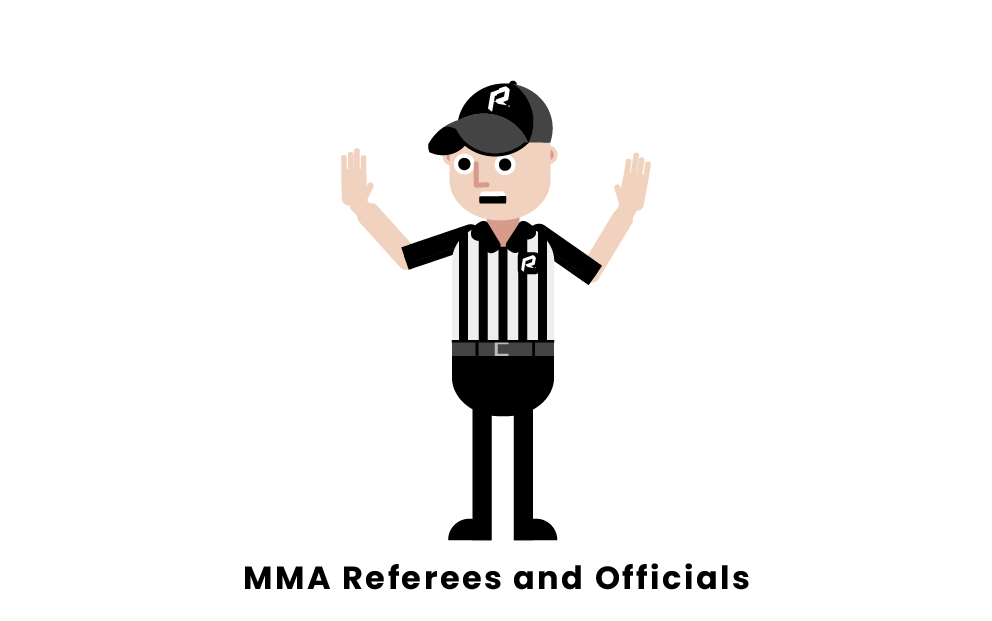 Just like any other sport, MMA has referees and officials that judge, control, and contain the order of each fight. The official that is in the ring with each competitor has the duty of making sure that the fight is clean and there are no illegal moves made by either fighter. They are also responsible for stopping the fight when one of the competitors is unconscious and can no longer defend themselves. The officials are responsible for keeping track of the unique MMA point system. If the fight lasts all three rounds and there is no knock out or stoppage, they will make a decision on who the winner of the fight is. There are also instances where the fight is so evenly matched that the decision ends in a draw or split decision. 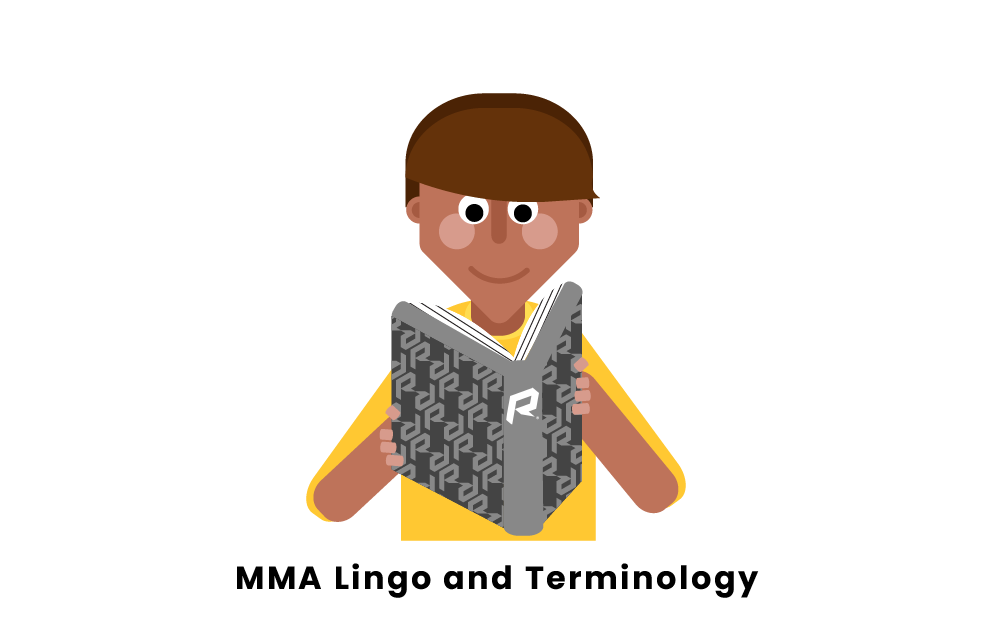 Mixed Martial Arts has a list of lingo or terminology that is well known around the MMA/combat world. Some of the popular MMA lingo/terminology includes: 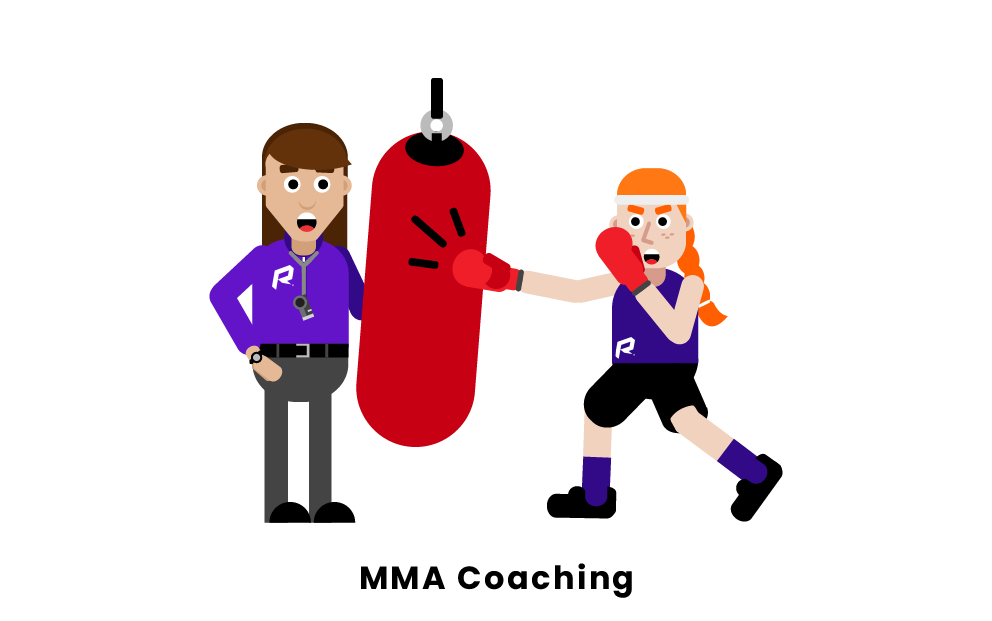 Just like any other sport, each competitor has coaches that help them train, prepare, and study their opponent's strengths and weaknesses. First is the head coach who typically has a tremendous amount of experience and knowledge of all aspects of the sport. The head coach is extremely vital for long term improvement and success of the competitor.

In addition, each fighter usually has a "striking" coach whose role is to help you improve striking on your feet. Some fighters will only have one striking coach while others use multiple. This coach is necessary for teaching strategy, techniques, holding pads, and more.

There are also many other coaches who are masters in other aspects of the sport. Since MMA covers many different styles of fighting, there are boxing coaches, jiu jitsu coaches, kickboxing coaches, wrestling coaches, karate instructors, etc. These coaches and trainers typically focus on the ground work parts of the sport (submissions, positions, and defense). Furthermore, there are strength and conditioning coaches which help fighters get in the best shape possible before stepping into the octagon. 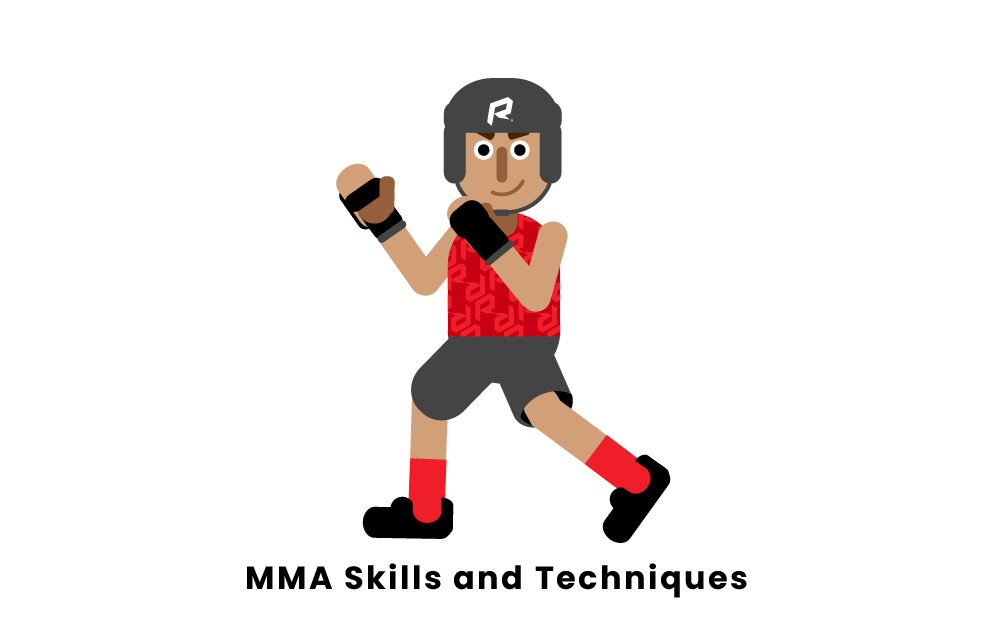 The skills and techniques used in Mixed Martial Arts can be put into two categories, striking and grappling (ground) techniques. Striking techniques include kicks, knee strikes, elbow strikes, and punches. While grappling techniques include clinch holds, pinning holds, sweeps, throws, and takedowns. Since MMA involves many different fighting styles, most competitors will have expertise in boxing, jiu-jitsu, judo, tae kwon do, and wrestling. 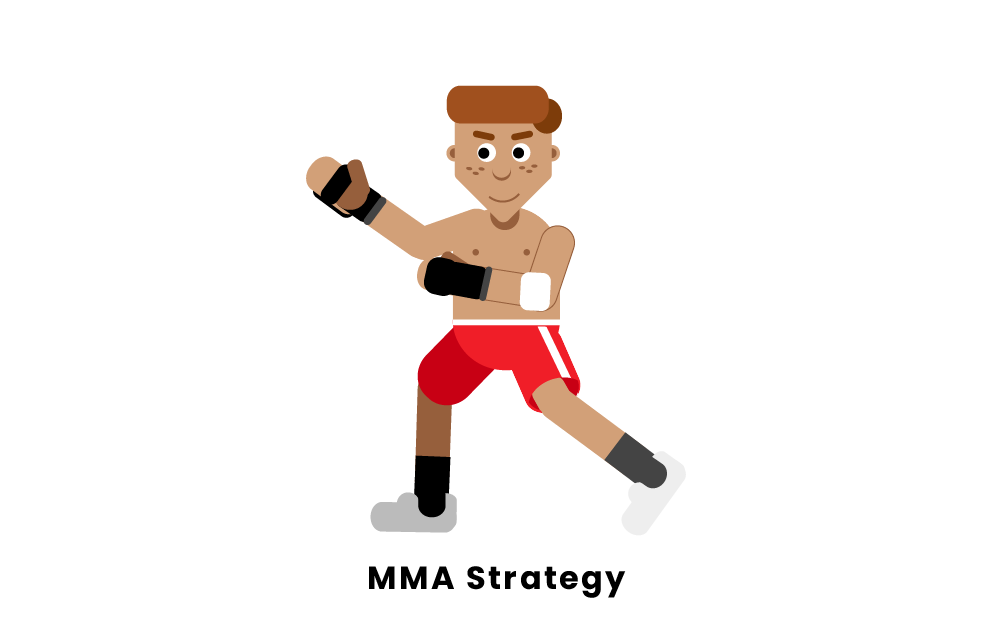 Similar to other sports, MMA fighters use certain strategies while facing their opponents. Coaches play a large role in coming up with a "game plan" or strategy while stepping into the ring. Typically each fighter will have their strengths and weaknesses and opponents use that to their advantage by studying them before fights. For example, if you are better at grappling then you may want to wear down and tire your opponent out so you can take advantage of them while they are on the ground (submissions, choke holds, etc.). Those who are better on their feet will probably look to keep their distance and try to knock their opponent out by knee strike, roundhouse kick, or punch. 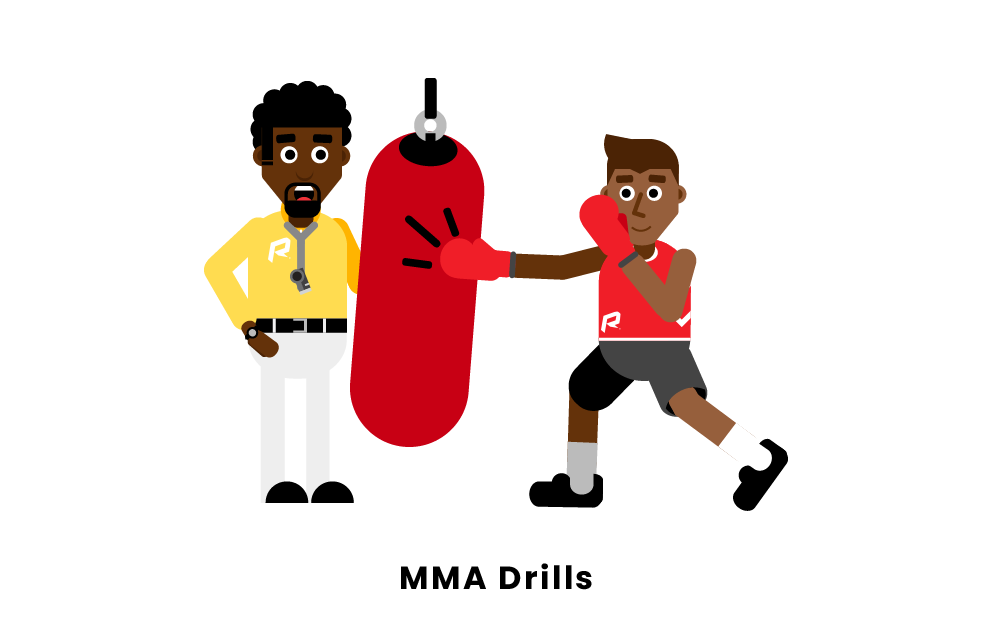 To be successful in the octagon you will need toughness, strength, and the proper techniques to defeat your opponent. Leading up to a fight, competitors will spend countless hours training and taking part in drills. There are drills that fighters use in order to improve their speed, endurance, and strength. Some of these include: 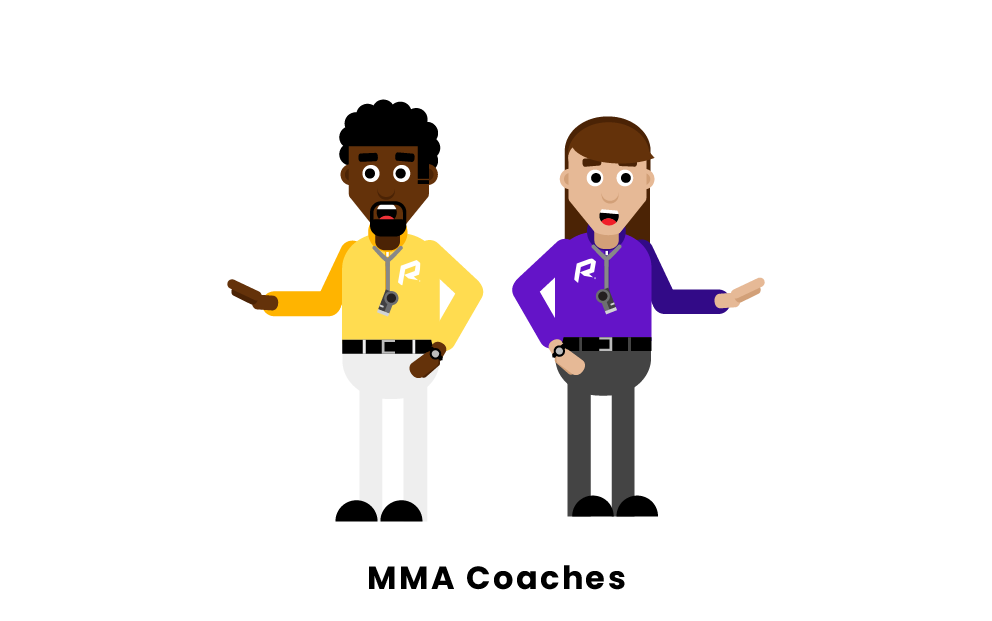 Greg Jackson, Randy Couture, Junior Dos Santos are three of the most respected and talented Mixed Martials Arts coaches in the world. Each three of these men have a number of

championships in their corner, both as coaches and as fighters.

Greatest MMA Fighters of All Time

Listed below are some of the greatest Mixed Martials Arts fighters to ever step foot in the octagon. Khabib Nurmagomedov has an astonishing 28-0 record as he has never lost a professional fight. As far as the rest of the list, the records speak for themselves.

There are a number of Mixed Martial Arts Associations. The first and probably most popular association is the Ultimate Fighting Championships (UFC).

For those who love a good novel and want to read about Mixed Martial Arts, there are many options for you. Here are some of the most well-known MMA books.

Similar to popular and well known sports websites such as ESPN.com, NFL.com, or MLB.com, there are a number of websites for MMA fanatics. The sites listed below are excellent for those who want to get the latest news on their favorite associations and/or individual fighters.

What is Mixed Martial Arts?

Mixed Martial Arts (MMA) is a full-contact combat sport made up from various sports and martial arts techniques.

What does mixed martial arts include?

Is mixed martial arts good for self defence?

Mixed Martial Arts is an excellent sport to learn for self defence. MMA teaches you a wide variety of fighting and defensive styles, skills, and techniques.

How old is mixed martial arts?

Mixed Martial Arts dates back to Ancient Greece; however, the first official fight took place in Pittsburgh, PA on March 20, 1980.

Which martial art is best for MMA?

Arguably the best martial art to master while taking part in MMA is jiu-jitsu due to the different styles that it teaches.

Pages Related to What is Mixed Martial Arts (MMA)?