What are the rules of MMA? 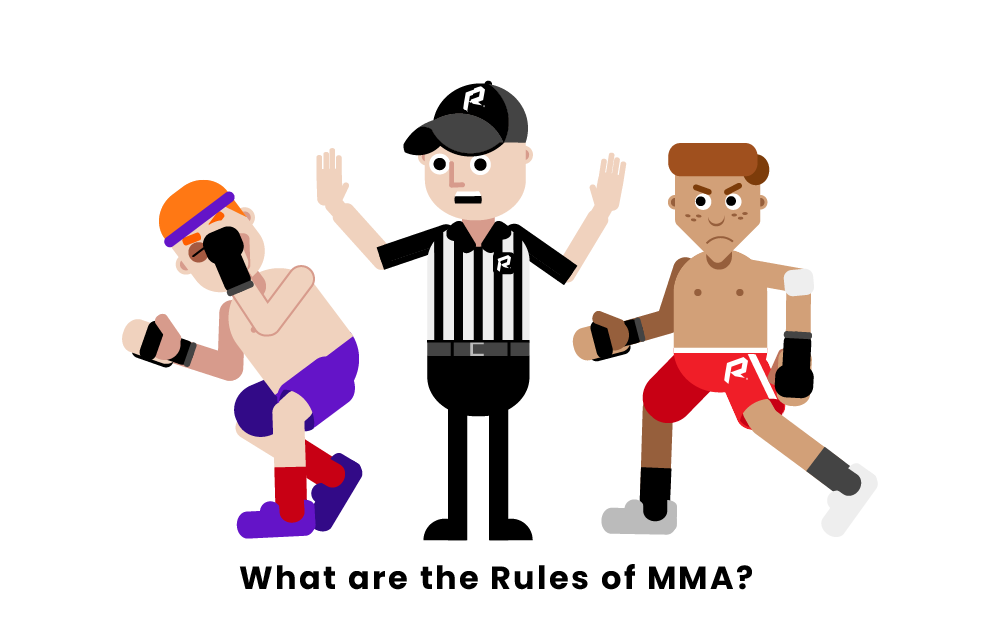 MMA or mixed martial arts, is a physical combat sport that is becoming very popular throughout the world. In MMA, two fighters battle against one another in an octagon shaped ring enclosed within a fence. The sport combines many different martial disciplines including karate, boxing, jiu jitsu, wrestling and judo. MMA fighters use many different fighting techniques to disable and subdue an opponent including kicking, boxing, kneeing, grappling, and choking, both while standing or on the ground. The game is played in an octagonal cage which is surrounded by fencing.

Matches are usually 3 rounds that last no longer than 5 minutes. Some bigger fights are 5 rounds. Fights will take place in a ring cage that is between 20-32 sq. ft. Fighters will fight in a designated weight class and their opponents must be in the same weight class. Once the fight starts, fighters may use a list of legal moves to defeat their opponent. Fights can be won by KO, TKO, decision, submission, or through a forfeit.

There are many moves which are illegal in MMA. Strikes to the groin, eye gouging, biting, grabbing or striking the throat, manipulating the fingers, hair pulling, head butts, striking the back of the head or spine, intentionally throwing your opponent out of the cage, attacking orifices, and fighters must listen to the referee at all times and comply immediately with his instructions. 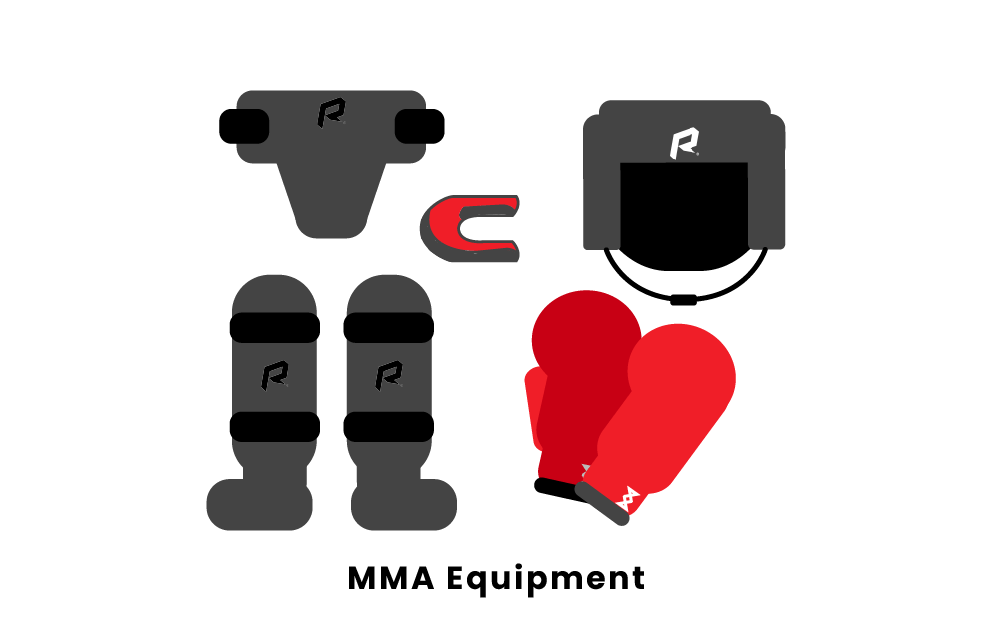 In this sport, two fighters face one another in a cage that is between 20-32 sq. ft. Generally, MMA is seen as an adult only sport because of its violent nature and potential cause of injury. The only equipment needed for this sport is gloves and a mouth guard. The gloves protect the hands and fingers when punching or grappling, and the mouth guard protects the mouth when getting hit or falling.

Nowadays, many juniors are eggining to train and compete in tournaments that have modified rules. There are many different weight classes for the fighters who are weighed before each match:

There are different ways to win a MMA match. There is a knockout, which is when a player causes another to lose consciousness through striking. The fight can also go to a "decision" which is when all the rounds are completed and the judge must pick the winner based on a point system.

Submission is when a fighter is put into a hold or choke and the fighter 'taps out,' which means that they tap their hand on the ground or their body, signaling that they have forfeited the fight. A TKO, or technical knockout is when the referee ends the fight. This usually happens when a fighter is getting beat badly and their health is at risk, if the opponent is not losing consciousness or tapping out.

Players can also forfeit a match before it happens due to a number of reasons including injury. There is also a No contest which occurs when both players continuously break the rules or if one fighter is injured due to an illegal move.

Scoring in MMA is very similar to any other fighting sport. Three judges sit next to the cage where the fight is happening and judge each round based on a point system. The winner of the round receives 10 points and the loser usually receives 9 or less depending on how badly they were beaten in a given round.

If the round does not end in a KO, TKO, or submission, the judges' scorecards are shown and totaled from each round and the fighter with the most total points will be declared the winner.

Where are MMA fights held?

MMA fights are held in a ring just like in boxing. The ring is different from other sports because it is enclosed in metal fencing. The ring is between 20 and 32 sq. ft. and features two corners where the fighters go after each round to get assistance from medical staff and their coaches. The ring is positioned in an octagon shape and is referred to as "the Octagon."

How long is a MMA fight?

How does the fighter win in MMA?

Fighters win matches by disabling their opponents using striking, grappling, and various wrestling grips and chokes. A fight is one either by a KO, TKO, or submission. KO is a knockout or when a player is unconscious, TKO is when a referee stops a fight because a fighter is no longer able to defend themselves but is still conscious, and a submission is when a fighter "taps out" or decides that they can longer move forward with the fight. SOme fights end in a "decision" which is determined by the judges score card of each round.

Pages Related to What are the rules of MMA?