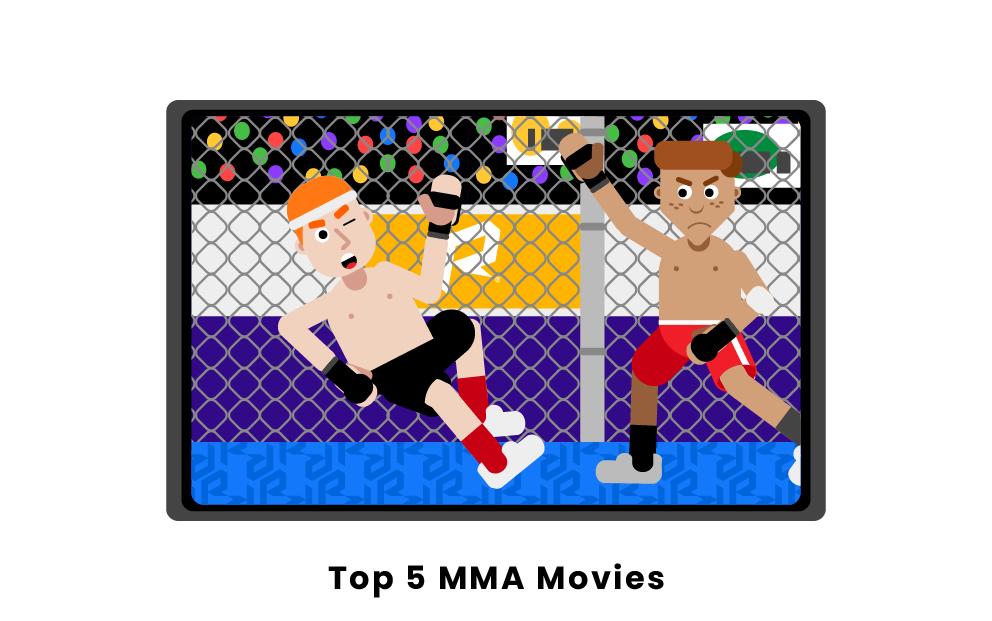 What are the most popular MMA movies?

This 2011 movie tells the story of a son who comes back to his hometown to train in MMA with his formerly alcoholic father. Eventually he finds himself entangled with his estranged older brother who gets back into fighting in order to support his family. The movie is raw, emotional, and filled with great acting. Tom Hardy excellently portrays the rough around the edges younger brother who is plagued from his time as a member of the US military. The culmination of the movie pits the two brothers, who had not spoken in years, against each other inside the octagon. Warrior is the most popular MMA movie in the world, many will cite it when you ask them to name an MMA movie. The movie is popular with both critics and fans. On Rotten Tomatoes, the movie received a critics score of 83% and fan score of 92% both very high. Ranker, a movie site, called Warrior the number one MMA movie of all time.

2. Never Back Down (Series)

The first of this movie series came out in 2008, and was a very early demonstration of Mixed Martial Arts in cinema. The original movie is the story of a moody teenager named Jake Tyler who moves to a new high school and discovers an underground fight club. Tyler faces a bully who threatens both him and his family so he decides to train at a local martial arts gym with the hope of defending himself and maybe winning a few MMA fights. This movie was popular enough for not one but two sequels. It may not have been very critically acclaimed, only receiving a 22% from movie critics on Rotten Tomatoes. That being said this movie is an MMA classic, with multiple training sequences throughout the series and elaborate fight scenes. The movie is Ranker’s number two MMA movie of all time, as decided by the fans, and it’s sequel is ranked at number six. The third movie of the series is also popular, even called the best of the series by some.

The first documentary on this list, this 2014 movie not only is a highly popular MMA film but considered a top documentary of all time as well. The movie looks at the life and career of one of the greatest fighters of all time, George St. Pierre, also known as GSP. The movie is a realistic look at what it is like to be a part of the Ultimate Fighting Championship (UFC) and in fact be the champion. The movie is highly recommended, receiving an audience score of 81% on Rotten Tomatoes. The ninety minute documentary was an introduction to the UFC for many and helped to further popularize George St. Pierre, cementing his legacy. Fighting Report called this film the number one MMA movie to inspire and educate all fighters. If you want a movie that tells the truth about the UFC and what it was like to be at the top at a time where MMA was quickly growing across the world, this is it.

This 2017 documentary discusses the most famous man in the history of the UFC, Conor McGregor. Taking place over four years, this movie demonstrates the rise of Conor McGregor from a young up and comer to a double champion and the face of MMA. The movie makes use of unprecedented access to all of McGregor’s life, from his home, to his family, to behind the scenes looks of all of his fights. The documentary was partially popular because it was broadcast over Netflix, giving a wide audience an opportunity to view it. The movie also benefits from the publicity and spectacle that McGregor creates. In 2017, the year that the movie was released, McGregor made the move to boxing to fight Floyd Mayweather, in one of the most viewed and anticipated boxing matches of all time. This movie received a 73% audience score on Rotten Tomatoes.

The sole comedy movie on this list, Here Comes the Boom is a little bit more on the ridiculous side as far as MMA movies go. The story is of a high school teacher whose school is going to have to cut extra curricular activities due to a lack of funding. The teacher, played by Kevin James, decides to start doing MMA fights for money in order to save the program. The movie is funny, showing the struggles of someone who is older and inexperienced attempting to try MMA fighting.

Kevin James is a big UFC fan and the movie uses real figures of the UFC like Joe Rogan and Bas Rutten. The movie received a 65% audience score, pretty good for a comedy of its nature. The movie found itself at Ranker’s number ten position. This might not be the movie to watch if you want to learn more about MMA and the UFC, but if you’re a fan of MMA and enjoy silly comedies then this popular movie is for you.