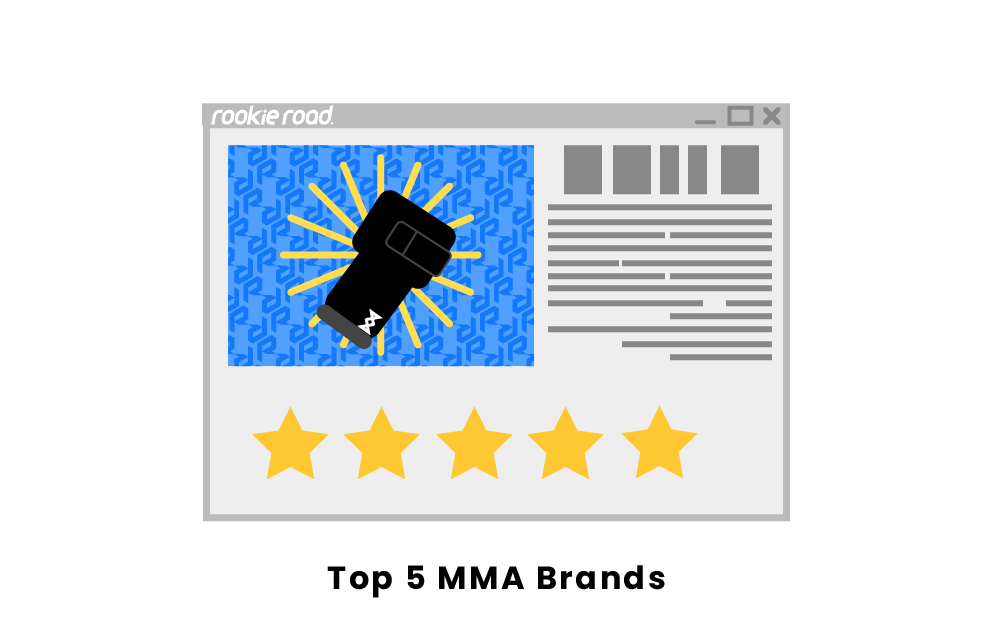 What are the most popular MMA brands?

Revgear is the perfect brand for an MMA fighter of any level. Their inventory includes MMA gloves, mouth guards, shin guards, rash guards, shorts, heavy bags and even MMA cages and rings. Because of this, Revgear is a highly touted company for Mixed Martial Artists of any skill level. Revgear sponsors fighters like Tim Kennedy, Cub Swanson, and Charles Oliveira. The brand is well known in the MMA community and is only further benefited by being accessible to all fighters, even people who are just starting.

Even if you've never seen an MMA fight, you've probably seen the Tapout logo somewhere in your lifetime. This brand became especially popular simultaneously with the rise of the Ultimate Fighting Championship and the gain in popularity of Mixed Martial Arts. The brand, which focuses mainly on clothing, has a wide variety of options for both fighters and non-fighters as well. The brand has a tight partnership with the MMA community, with sponsored athletes including Johny Hendricks, Roy Nelson, Donald "Cowboy" Cerrone, and Robbie Lawler. Tapout also benefits from the sponsorship of WWE Superstar and actor John Cena. If you're looking to start in MMA, Tapout might not be the place to go for equipment, but is a great brand if you are looking for clothing.

Everlast is a brand that goes hand in hand with fighting sports. You are likely to have seen this brand especially if you are a boxing fan. Everlast is a highly touted fighting brand, especially when it comes to protective gear for fighters. MMA gear that Everlast provides includes gloves, hand wraps, shin guards, mouth guards, punching bags, and more. Everlast is a little bit newer to the MMA scene, with their focus originally being boxing. However, since boxing and MMA have some similar elements, especially in training, MMA fighters used Everlast before other brands began to specialize in Mixed Martial Arts equipment. Everlast's sponsored athletes include boxers Deontey Wilder, Terrance Crawford, and Mikaela Mayer. The only professional MMA fighter that Everlast lists as a sponsored athlete is Will Brooks.

BAd Boy is a brand that is known mostly by higher level MMA fighters and more avid fans. Bad Boy is a clothing and apparel brand that does not exclusively sell for MMA but does have great clothing and gear for Mixed Martial Arts. Bad Boy started in the 1980s first with extreme sports like surfing and mountain biking but then transitioned into MMA clothing as the sport grew in popularity. Bad Boy has t-shirts mostly but even sells things like charcoal soap for men. Sponsored MMA fighters include Chris Weidman, Alexander Gustafsson, and Damien Mara. If you're looking for MMA clothing, Bad Boy is a good brand for MMA fans and fighters alike.

When it comes to protection equipment Shock Doctor is one of the best not just for MMA fighters but for a lot of athletes. Because of their years of protection experience, they belong on this list. Most will probably know Shock Doctor from their mouthguards. These mouthguards keep NHL, NBA, NFL, and more players safe. For MMA fighters, you are very likely to see them wearing Shock Doctor mouthguards to protect their teeth in a fight. Other MMA equipment includes joint braces, and compression cup shorts to protect athletes' genitalia. Shock Doctor has sponsorships with the NBA, as well as with NFL athlete Odell Beckham Junior. Next time you watch an MMA fight look at the mouth guard the fighter is wearing. More often than not it'll be a Shock Doctor brand.