How Does MMA Betting Work? 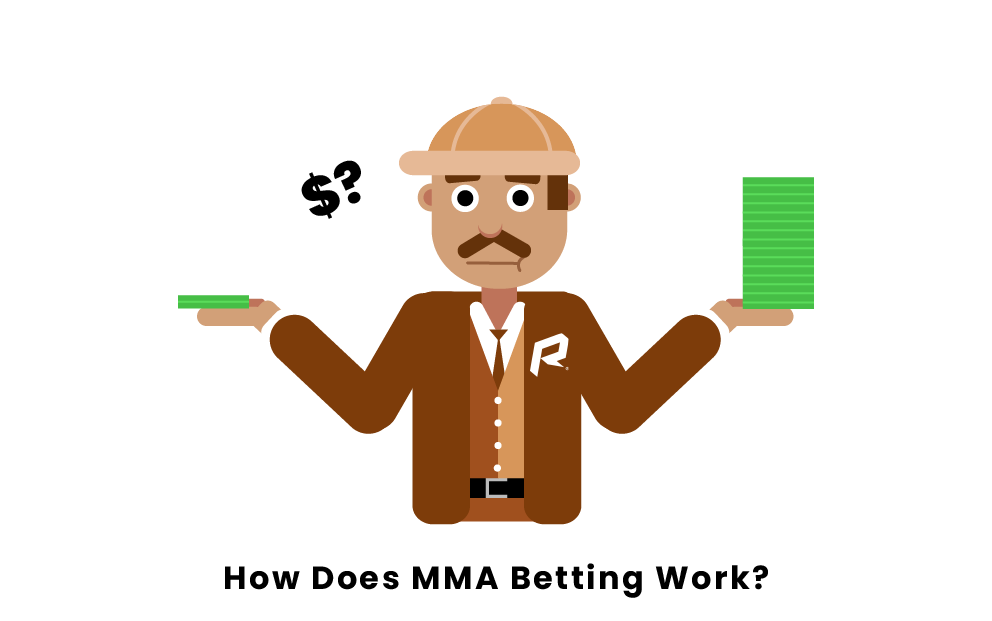 Mixed martial arts (MMA), has become a popular sport for betting. Although there are many fighting organizations worldwide, most gamblers bet on the Ultimate Fighting Championship (UFC).

A few of the most common bets on UFC fights include moneyline/match bets, over under round bets, prop and victory bets, and pairing complementary bets.

This is the most simple and popular type of bet for a UFC fight. When placing a money line/match bet, a gambler chooses who they expect to win the fight. To win the bet, all the better needs to do is pick the correct fighter to win the competition. No other conditions of the fight matter for this type of bet besides the final victor.

To make the payouts fair based on the fighter, the sportsbook uses money lines. For a money line, the odds of each fighter will be displayed along with the amount of money that will be awarded for correctly choosing each fighter. To try to even out the amount of bets made on each contestant, the sportsbooks continually changes the money line to pay out more money for choosing the fighter that is receiving less bets. This prevents all of the bets from being placed on the favored fighter and incentivizes people to bet on the underdog. Therefore, it is important to weigh the odds and the payouts of each fighter before placing a bet.

Over Under Round Bets

Another popular bet made on UFC fights is the over under round bet. When making this type of bet, gamblers try to predict the duration of a fight. Often, the given number to wager on is 2.5 rounds. For example, if someone places a bet under 2.5, this means that they believe the fight will end before it reaches half way through the third round. To win the bet, the fight will have to conclude before there are only 2 minutes and 30 seconds left in the third round. On the other hand, a bet on the over means that the person predicts the fight will last beyond 2.5 rounds (or past the 2 minute and 30 second mark in the third round).

A prop (or proposition) bet is placed based on whether a given event is expected to occur in a fight or not. A prop bet is unique in that it is not classified as a money line or over under round bet. One example of a prop bet is whether a fight will go the distance or not. In this case, gamblers bet on if they believe the fight will last the total number of rounds without a knockout or submission.

In addition to making single bets, gamblers may also pair bets that are complementary to one another. They are allowed to make multiple bets on a fight instead of just one. For example, a gambler may bet on who they believe will win the fight, how the fighter will win, and also on the number of rounds they expect the fight to last. In most cases, even if one bet does not succeed, the player can still earn money from the bets that do.

One type of complimentary bet that depends on all parts of the bet coming true is a parlay bet. In these bets, bettors choose that several things will happen, such as predicting the outcome of two different fights. If not all predicted parts of this bet happen, then the bettor will not get their money.

When betting on the UFC or any MMA fight, it is important to understand the rules of the given league and also to be familiar with the fighters competing. This can be done by researching the league’s website along with the skills, fighting styles, and performance history of the relevant fighters. In addition, bettors should consider the overall value of each bet by analyzing the odds and expected payouts.

What is a points handicap bet in MMA?

When betting on an MMA fight, gamblers can wager based on the handicap provided for the fight. In this case, players place a bet either over or under the given handicap. For example, a gambler can bet on a 2.5 points handicap for a fighter. To win the bet, after the judges add together their scores, the fighter would need to win three or more rounds. If the fighter won less than three rounds, the bet loses.

Where are the best places to bet on MMA?

A few of the best websites to bet on MMA and UFC fights include Bovada, BetOnline, and SportsBetting.ag. These are considered to be among the best betting websites because they offer a variety of betting options, quick payouts, and are very accessible for users. In addition, all of these sites have established reputations and are trustworthy. Bovada offers users a bonus of 50% up to $250 while BetOnline and SportsBetting.ag offer 50% up to $1,000.

What are MMA parlay bets?

When a player places a parlay bet on MMA fights, they are predicting that multiple outcomes will occur. For example, they may bet on the winner of two different fights. They could also bet on the method of victory for two different fights. For the bet to be successful, all of the selected outcomes must occur. Since these bets are riskier than betting on a single outcome, they usually provide greater payouts.

UFC betting is legal in many states within the United States. However, the type of betting depends on the state and its respective legislation. In states such as Oregon, Nevada, Colorado, Iowa, and Pennsylvania, in-person and online/mobile betting is legal. Other states such as Washington, New York, New Mexico, Montana, and North Carolina allow in-person betting but do not allow online/mobile betting. In Tennessee and Virginia, UFC betting legislation has been passed but has yet to be implemented.

Pages Related to How Does MMA Betting Work?