What are the basics of MMA? What are the most important things to understand about MMA? Get ready to learn the basic rules of MMA. 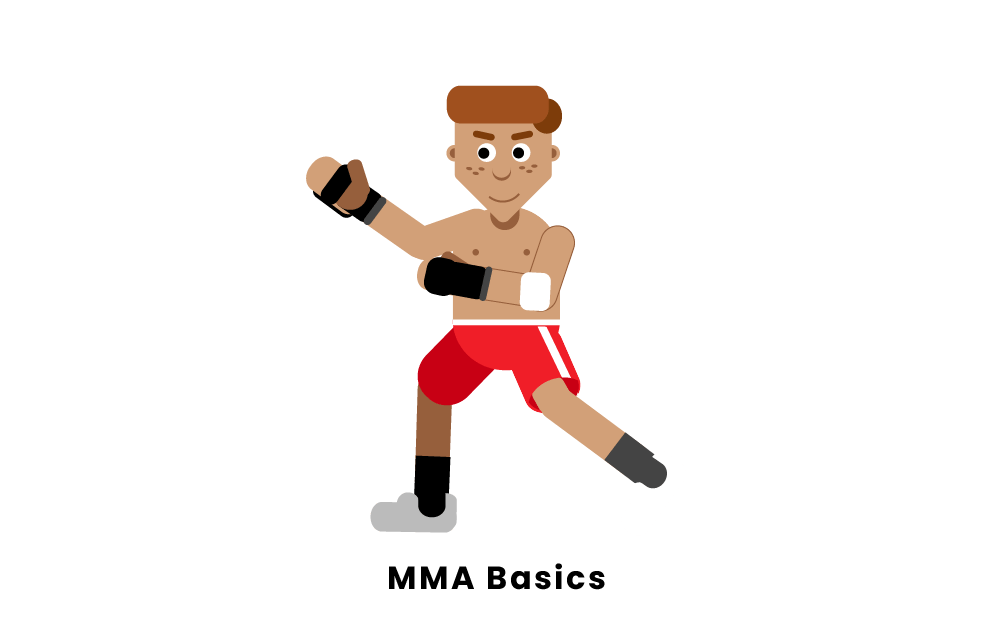 MMA is short for Mixed Martial Artistry. It is considered a combat sport, pitting two fighters against each other as they try to exert their physical dominance. Successful MMA fighters tend to possess exceptional strength, quickness and awareness, knowing when to protect themselves and when to strike the opponent. Unlike boxing, MMA fighters are permitted to utilize kicks and other lower body attack maneuvers.

Fights are played out in five-minute rounds. In order to achieve victory, one fighter must successfully knock out the opponent (KO), render them unable to continue participating in safe manner (TKO)or force the opponent to submit to a hold (Tap Out). If neither of these scenarios materialize by the end of the time limit (anywhere from three to five rounds depending on the match), the fighter that scored the most amount of points according to a panel of accredited judges is declared the winner.

The Most Important Things To Know About MMA

While there are a number of things to know about MMA, here are the five most important concepts to keep in mind.

Listed below are several basic MMA rules that every fighter must abide by.

Now that you know the basic premise of MMA fighting, there are a few simple steps you should follow in order to further your knowledge and master the sport. If you are looking to become a fighter, the first step is to purchase proper gloves and trunks either online or from a sporting goods store near you. Next, it is important to spend a few hours each day training and improving your strength and cardiovascular health. Practice makes perfect, and the ability to execute basic punching and kicking techniques will go a long way.

If you want to simply watch MMA and become a fan, pay careful attention to the next televised fight. Make note of the tactical approach utilized by each fighter. When are they attacking and when are they focused more on protecting themselves? What kinds of moves are catching the opponent by surprise and working well? As you begin to gain a better understanding of some of these concepts, you’ll be able to conduct far more in-depth analyses as you observe future MMA events.