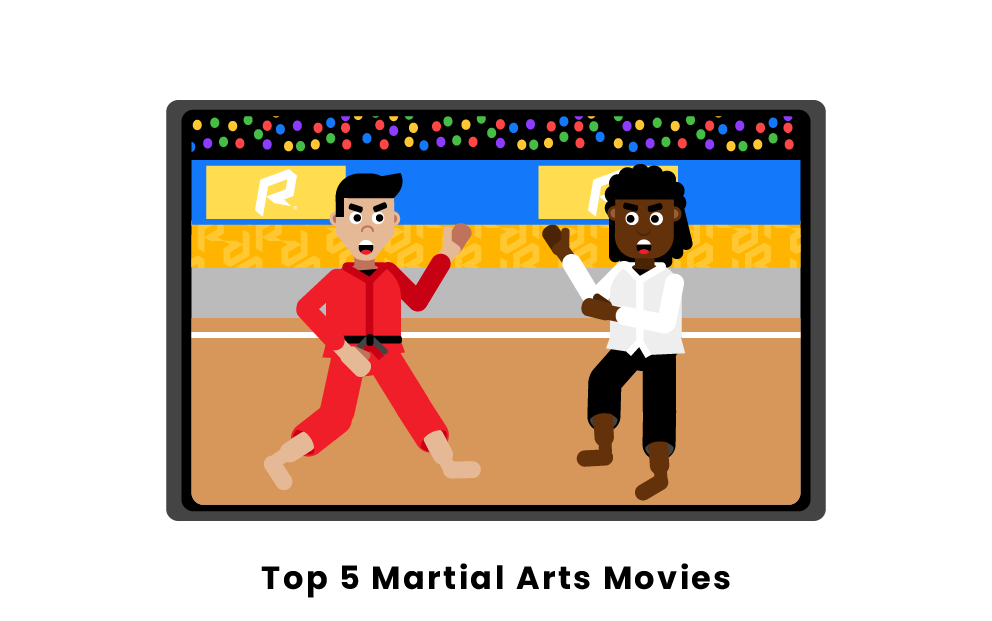 What are the most popular Martial Arts movies?

This movie performed extremely well in the box office and is still considered one of the most popular martial arts films. The film follows Bruce Lee playing Lee, a martial arts instructor and specialist, who is asked to help the British intelligence investigate the villain of the movie, Han. The movie also stars other famous actors such as Jackie Chan, Yuen Biao, and Sammo Hung.

2. Once Upon a Time in China

Once Upon a Time in China is directed by Tsui Hark and released in 1991. This martial arts film stars Jet Li and is the first movie of the film series. This movie kick-started Jet Li’s future towards western action movies.

Jet Li plays a Chinese folk hero, Wong Fei-hung. He helps save a small village from destruction from Westernized countries. Li successfully portrays his skills by using his feet and fists, and a range of props such as umbrellas, poles, and sticks to help bring this story to life. Not only that, but Jet Li is a gymnast which he successfully demonstrates with his agility, somersaulting, and pirouetting. The film helps bring out Li’s remarkable martial arts skills. Once Upon a Time in China also displays elements of comedy alongside skillful choreography. As this film received positive feedback from the public, they installed four more sequels to this movie series.

Police Story is written and directed by Jackie Chan and released in 1985. Not only that, but Jackie Chan also played the lead role in the film. At this time of Chan’s life, he was not too successful with his prior projects in Hollywood, so he decided to return to Hong Kong and help create this film.

Jackie Chan stars as Sergeant Kevin who goes undercover after he has been framed by drug barons and must clear his name. Jackie Chan exhibits his skills as a martial artist in this movie and prioritizes stunt work and the fights. Chan even refused to use body doubles and hence established his reputation of being a fearless action movie star. During the filming of this movie, Chan had to be hospitalized a few times due to severe burns, concussions, and dislocation of his pelvis. Because of the success of this first film, Police Story became a film series and had multiple installations afterward.

The Boss Boss (also titled as Fists of Fury in the United States) is directed by Lo Wei and was released in 1971. This movie was Bruce Lee’s first role in a major film. Although originally this film was written for James Tien, the director felt Lee’s charisma and martial arts skills were better suited for this film. This eventually led to his popularity and stardom across the world. The Big Boss had a low budget which resulted in gritty pictures and scenes. Although the results were not the most polished, Bruce Lee’s charismatic presence helped the movie.

Bruce Lee plays Cheng Chao-an, who works at a factory and is promoted to a foreman for his combat skills. Although, his fate changes when he realizes this factory is a cover for drug smuggling. Cheng Chao-an decides to take this issue into his own hands and do something about it.

Ip Man is a biographical film, directed by Wilson Yip and released in 2008. Donnie Yen stars as Ip Man. This role is based on Yip Man, who was the real-life mentor to Bruce Lee and the grandmaster of Chinese martial arts, Wing Chun. Due to the film’s huge success, it led to 3 more sequels. Although Ip Man was not the first movie to portray the story of Yip Man, it was deemed as one of the more successful biopics based on him.

The film takes place during the 1930s in China when Japan had invaded the country and led to the Sino-Japanese war. Ip Man uses his extraordinary Wing Chun skills to help defeat the opposition in a martial arts competition and help defend his family.