What Is The NIT Bracket (National Invitation Tournament)? 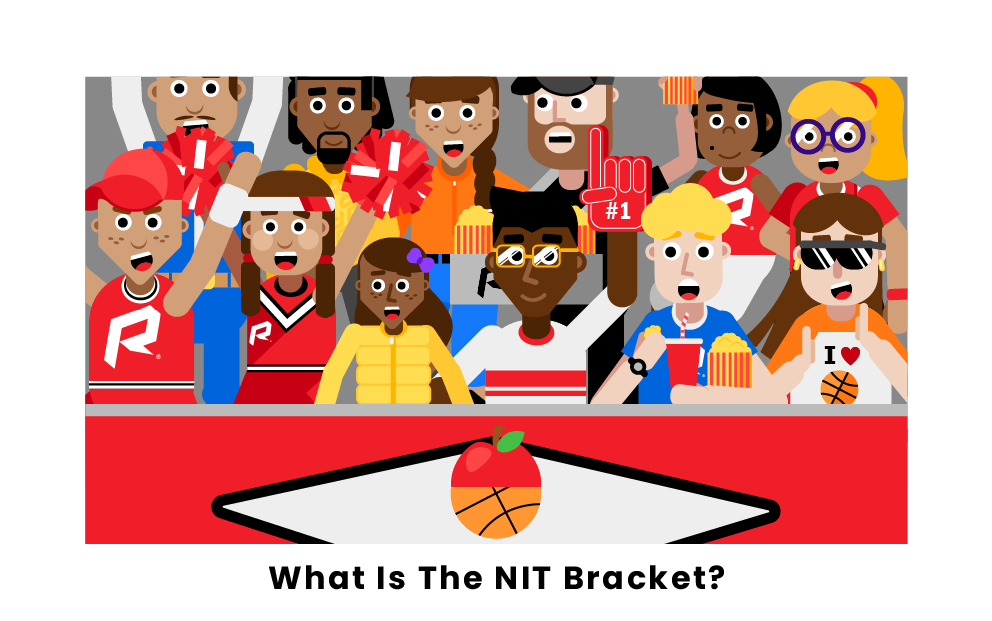 The National Invitational Tournament, or NIT, is a single-elimination 32-team Division I men’s basketball tournament held every spring. The NIT happens at the same time as the NCAA Tournament (March Madness), with NIT games typically televised early in the week and NCAA Tournament games shown around the weekend.

The teams that compete in the NIT are the strongest teams that did not make it into the NCAA Tournament. Consequently, the NIT is usually given less attention and does not draw as many viewers as March Madness. However, the NIT is a great place to watch competitive teams get a second chance at the postseason, and it serves as a showcase for the best of the rest. 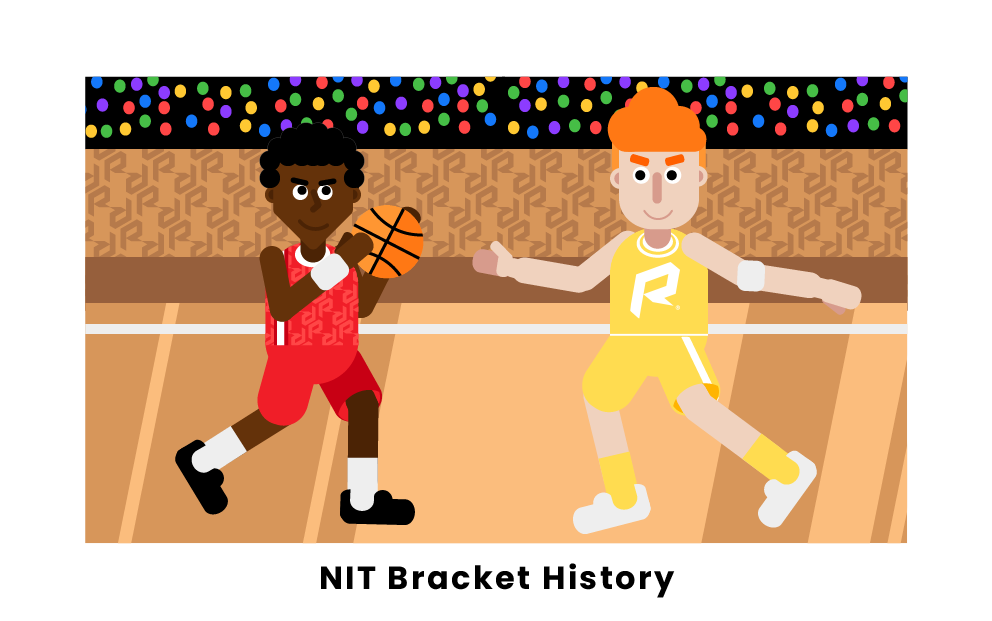 The NIT was started in 1938 as a six-team tournament created by the Metropolitan Basketball Writers Association. In the first NIT final, Temple defeated Colorado. The following year, the NCAA Tournament was created.

In the beginning, the NIT was viewed as the premier tournament. At that time, the NCAA Tournament only invited one team from each conference, potentially leaving superior teams out of the tournament. The NIT had no such restrictions, inviting the most competitive teams in the country, regardless of conference affiliation. As a result, the NIT typically had a more competitive field and was regarded as the more significant title.

During the 1970s, the balance of power changed. The NCAA dropped the rule limiting one team per conference and began compelling member schools to accept invitations to the NCAA Tournament, disallowing invitees from choosing the NIT instead. March Madness also landed a superior television deal. This combination of factors relegated the NIT to second place; the NCAA Tournament has been the premier college basketball competition ever since. 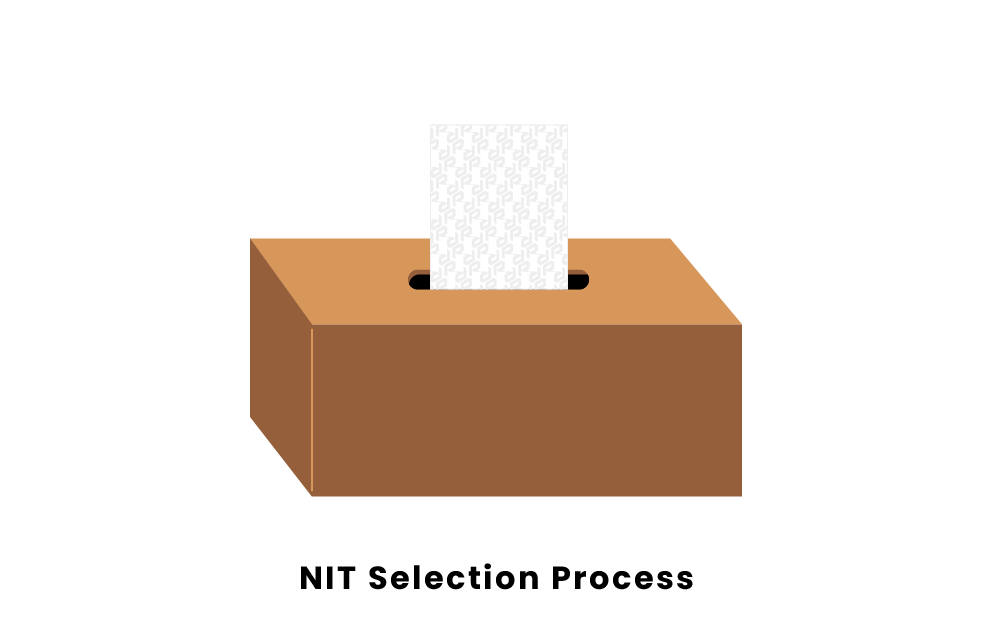 Teams that are the regular-season champion of their conference but fail to get invited to the NCAA Tournament receive an automatic invitation to the NIT. Out of the remaining eligible Division I teams that did not get invited to the NCAA Tournament, a selection committee follows a process to nominate, select, and seed teams. The committee then slots the seeded teams into their starting positions and groupings within the NIT bracket.

The NIT Committee, the group of people responsible for the construction of the NIT bracket, is composed of a mix of eight former NCAA men’s basketball coaches and athletic administrators, as well as current athletic administrators from NCAA schools. Each member serves a four-year term, but consecutive terms may be served. The committee members are responsible for selecting the best available teams without bias and are forbidden from voting for a team they have represented at any point in their career.

Throughout the selection weekend, the NIT Committee conducts a series of secret ballots in which the committee selects the eight strongest teams from the pool of potential teams and then ranks them by weighted vote. The top four teams on each ballot are selected for the tournament; the bottom four move to the next ballot or back to the pool if they make the bottom four twice. This process continues until enough teams are selected to fill the NIT bracket, keeping in mind that some of the selected teams will end up playing in the NCAA Tournament instead. 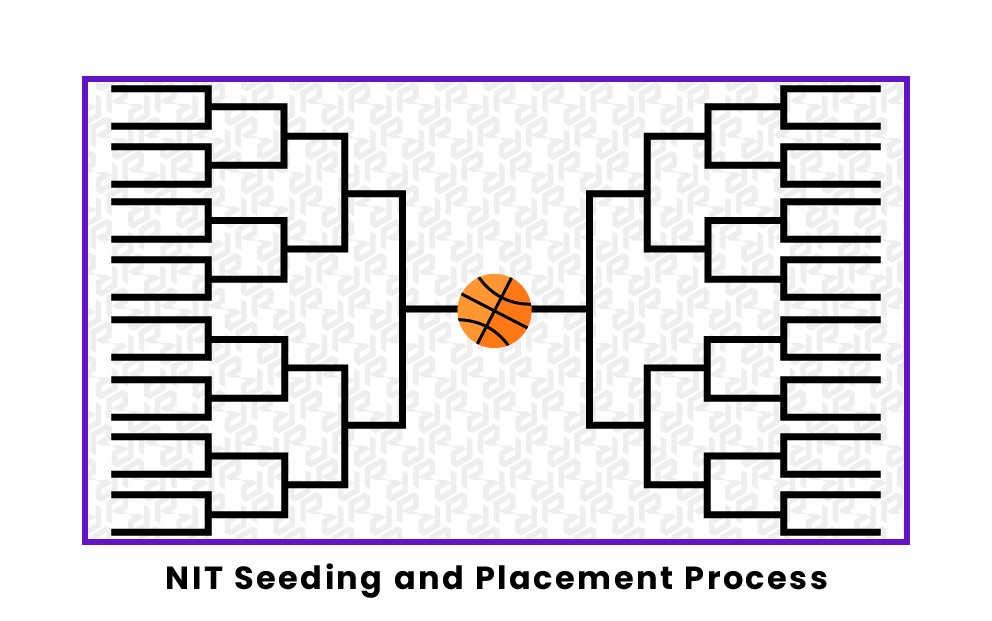 Once the teams have been selected, the committee seeds each team using a similar series of secret ballots, ranking the top eight teams from the pool of selected teams. In order, the top four teams from each ballot are moved onto a master seed list. The bottom four move to the next ballot. The process is repeated until all teams have been placed on the seed list.

After the NCAA Tournament selections are announced, the top remaining 32 teams on the seed list are invited to the NIT Tournament. The NIT Committee then completes the bracket by slotting the seeded teams into one of four regions and seeding them from 1-8 within their regions, all based on the teams’ overall position on the seed list. The top two seeded teams from a single conference are automatically put into separate regions; seeds may be slightly altered to accomplish this.

A Women’s National Invitational Tournament (WNIT) has been staged since 1969. In the beginning, it was merely an eight-team tournament in Amarillo, Texas. After a two-year break and reconfiguration in the 1990s, the WNIT has expanded into the 64-team tournament that it is today. Like the NIT, the WNIT invites regular-season conference champions that lose their conference tournaments, then fills out the bracket with the best remaining teams that didn’t make the NCAA Tournament.

What is the NIT Tournament bracket?

What is the purpose of the NIT Tournament?

The purpose of the NIT Tournament is to give a second chance at a postseason to teams that didn’t receive an invitation to the NCAA Tournament. Student-athletes get one more opportunity to compete, bring glory to their school, and get noticed by scouts. Schools that host early-round games have the benefit of a postseason game at home and added revenue from tickets and concessions. The NIT also functions as a springboard for growing programs from small schools or teams attempting to gain re-entry into the NCAA Tournament.

How does the NIT Tournament work?

The NIT Tournament starts with a committee choosing the 32 best teams that didn’t make it into the NCAA Tournament. Those 32 teams are divided into four regions and seeded 1 to 8. The low seeds play the high seeds to encourage upsets, and the higher seeds have home-field advantage in the early rounds. Each round of the tournament is single-elimination, with the winner advancing to the next round and the loser going home. After four rounds, two teams remain, and a final game, the NIT Championship, is played in Madison Square Garden.

Pages Related to What Is The NIT Bracket (National Invitation Tournament)?