What Are The Lowest Seeds To Ever Win March Madness? 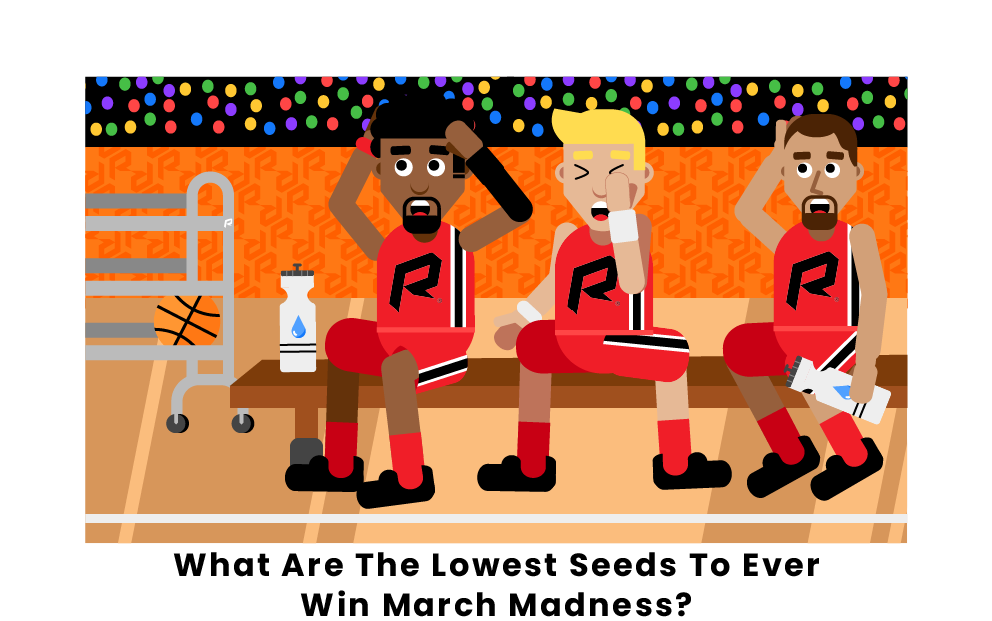 March Madness is one of the most exciting tournaments in sports. From buzzer-beaters to highlight dunks, collegiate athletes put on a show each year. However, major upsets are often the most entertaining aspect of March Madness for players and fans alike. Whether it’s a 15-seed taking down a daunting two-seed or an even smaller underdog pulling off a big win, we see unexpected teams make deep runs every year. Sometimes, these lower seeds even make it all the way and establish themselves in the history books. Read on below to learn about the lowest seeds ever to win an NCAA championship game.

The biggest upset to ever happen in a March Madness title game came in the first year that the field expanded to 64 teams. The year before, the bracket only had 53 teams, but in the first year of modern March Madness, we saw an eight seed go all the way. Though Villanova had multiple future NBA players, such as Ed Pinckney and Harold Pressley, no one on their roster lived up to the status of Georgetown’s Patrick Ewing. The No.1 Hoyas were heavily favored coming into the game but ended up losing to No. 8 Villanova by two points, considered by many analysts to be the biggest upset in NCAA championship history.

In 2014 we saw the lowest-seeded matchup in NCAA championship history when number seven UConn took on number eight Kentucky. The game featured a number of future NBA players, including Julius Randle, Nerlens Noel, and Shabazz Napier. UConn got off to a hot start, taking a 15-point lead in the first half. Kentucky was able to battle back and keep the game close throughout the second half, but at the end of the game, the Huskies were able to pull away. Although this was not technically an upset, as Kentucky was the lower seed, it is still remarkable that a seven seed won, and it represents the second-lowest seed to ever win an NCAA championship.

Though many college basketball fans recognize Kansas as one of the premier schools in the nation, they have not always been highly seeded in March Madness. The 1988 Jayhawks were led by senior big man Danny Manning, who had been named Big Eight Player of the Year for three straight seasons. The matchup started off as an offensive battle, with a score of 50-50 at halftime. However, the scoring slowed down quite a bit in the second half, with a final score of 83-79. This Kansas team holds the record for most regular-season losses by an eventual NCAA champion, with 11.

The 1997 Arizona team was the only No. 4 seed ever to win an NCAA championship, and they did it over top-seeded Kentucky. Though a four seed winning it all may not seem like a huge upset, the odds of it happening are still quite rare. At the time, Arizona was led by future NBA stars Mike Bibby and Jason Terry and was coached by the legendary Lute Olson. The game was back-and-forth the whole way, and the two teams were so evenly matched that they were even forced to go to overtime. In the end, Arizona guard Miles Simon led the team with 30 points, and one group of Wildcats took down another.

Which team was the lowest seed to ever win March Madness?

The lowest-seeded team to ever win March Madness was the eighth-seeded Villanova Wildcats in the 1985 tournament. The Wildcats defeated No. 1 seeded Michigan, North Carolina and Memphis, both seeded No. 2, and No. 5 seeded Maryland along the way to beating No. 1 seeded Georgetown in the final.

Which team was the lowest seed to ever make the Final Four?

Which team was the lowest seed to ever make the Elite Eight?

Pages Related to What Are The Lowest Seeds To Ever Win March Madness?